I planted in the garden in a lazy morning yesterday and then drove up north. My plan was to spend three or four hours at the nature preserve until my wife's plane returned from Dallas and I picked her up in Ontario. 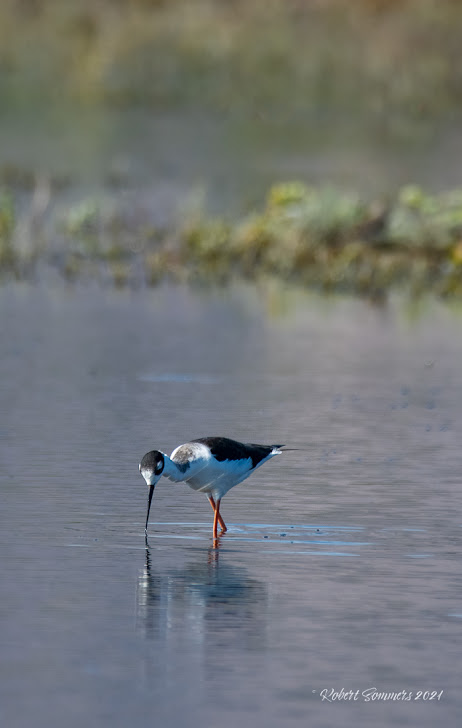 It turned out that the plane was to arrive much earlier than I originally thought, but I still found a couple hour's pleasure out in nature.

Usually I get one hike in there yesterday I took two, including one from the Walker Ponds out towards Mystic Lake. 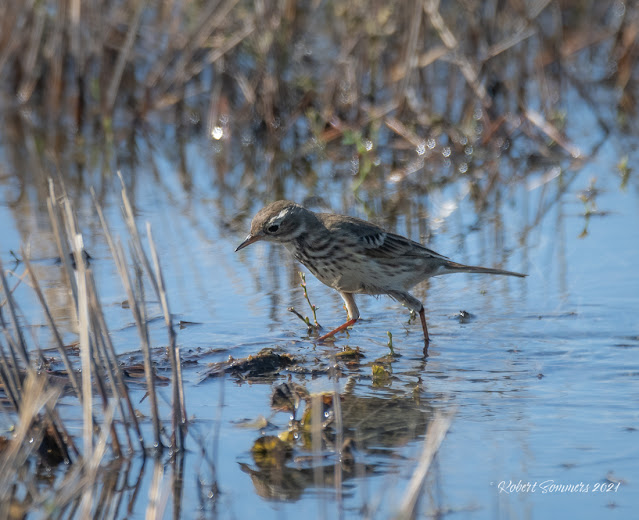 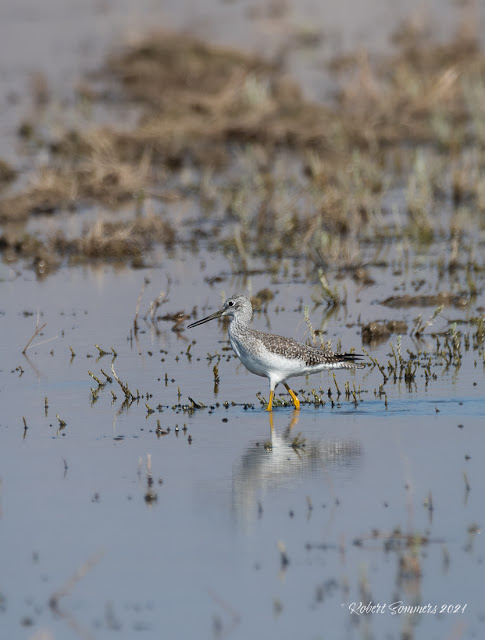 The birding was sort of blah but I did see quite a few species that I did not see last week, including killdeer, greater yellowlegs, ibis and phoebes.
Not a whole lot of raptor action, no egrets anywhere, oddly. Lots of pintails and shovelers. 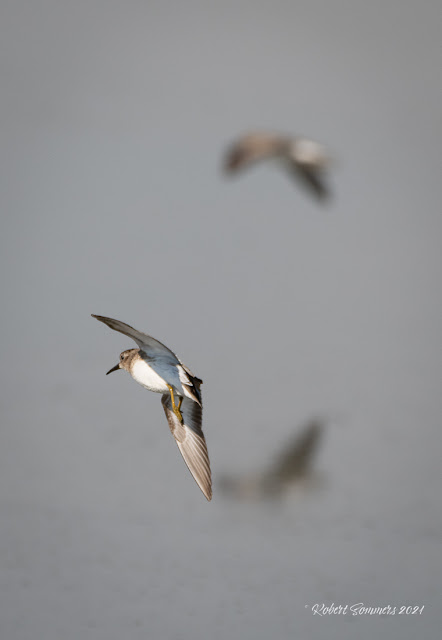 The new Lightroom upgrade is proving very powerful. I have already learned some new tricks!
The new masking tools are making things much easier for me to process.
I kept the slow but light Sigma on the Nikon all day, trading some sharpness for lightness of weight on a very sunny day where the differences in image quality would not be that great. 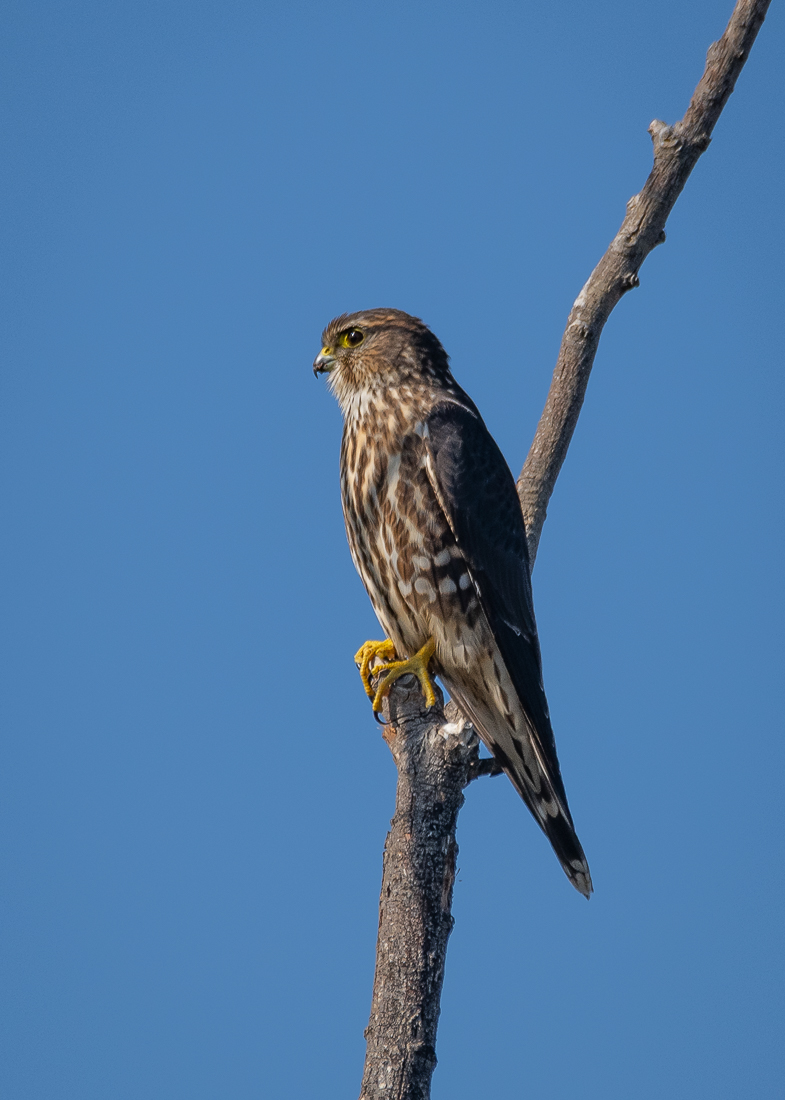 I did see this beautiful merlin on a branch on my second hike. Wished I had the prime on for this bird! But you never know. I don't see any for a couple years and then get two opportunities in a week.

Another highlight was meeting the top avian biologist Tony Metcalf at the preserve for the first time. We had corresponded before but had never met in real life. He is an authority on all matters of biology and taxonomy and has graciously made identifications for me before.

Turned out to be a great guy! 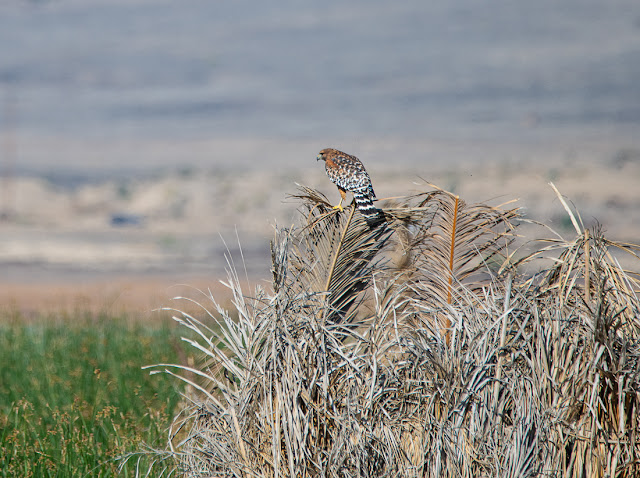 I did manage to get a far away shot of this red shouldered hawk out at the Walker Ponds.

Part of the problem for the lack of birds yesterday was that it was the day after hunting and they were skittish.

Shotguns boomed all day yesterday from the neighboring hunt club. 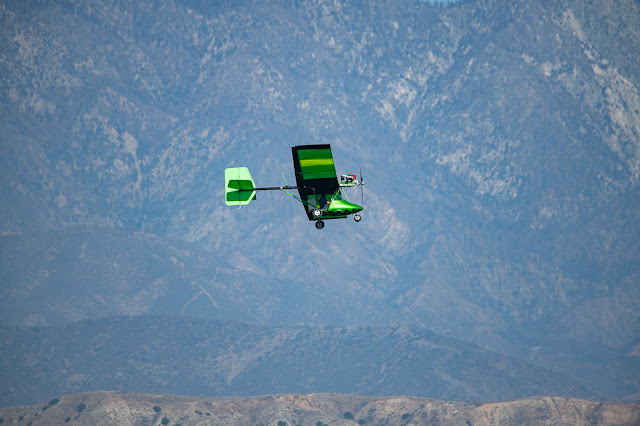 And these guys were flying around stirring things up. 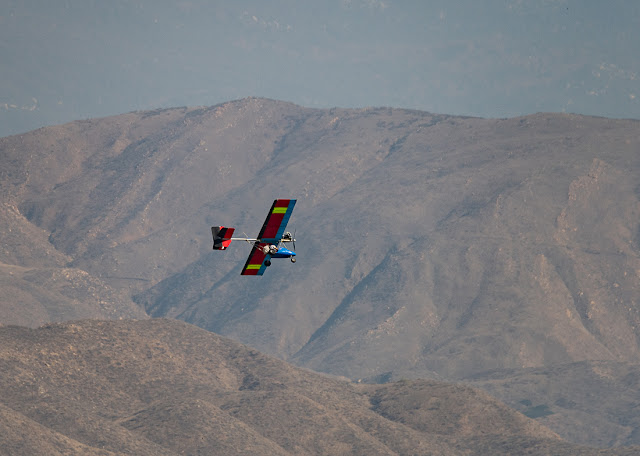 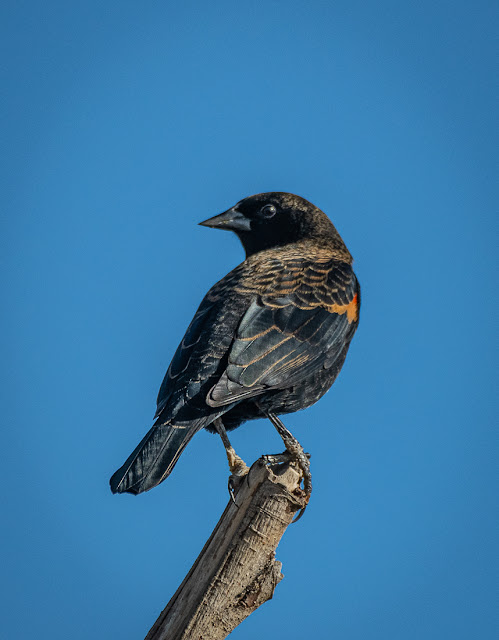 I had a good time despite the lack of quarry. 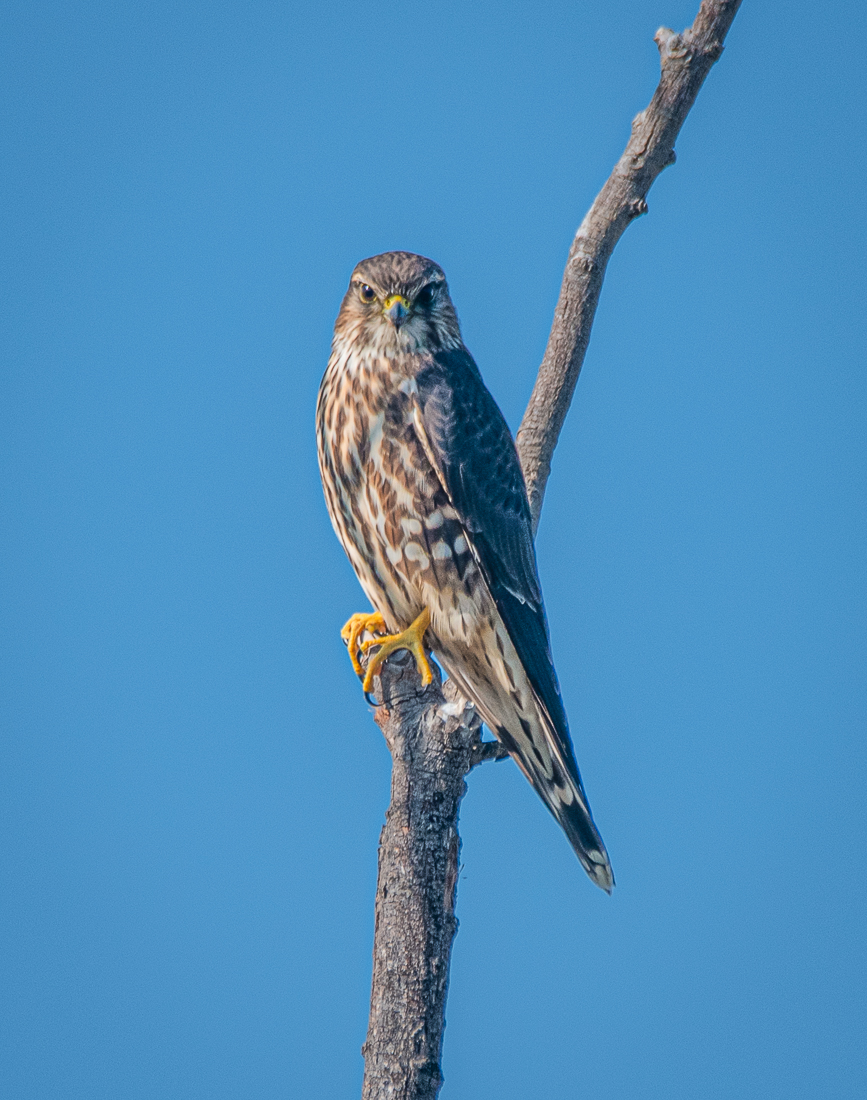 Tony said that there was a kite there, I never saw it. Ended up being about twenty minutes late picking up Leslie because of our extended conversation. She was totally cool with it. 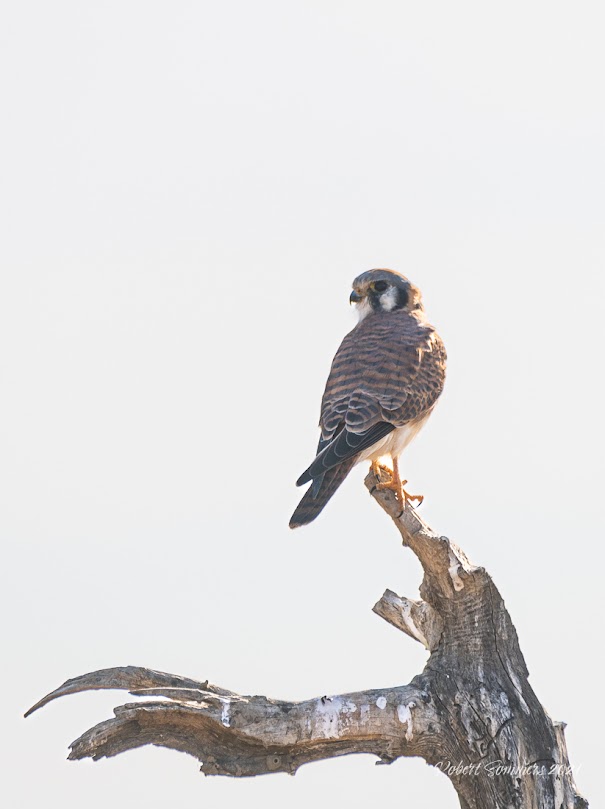 How many times have I shot a kestrel on this particular branch? 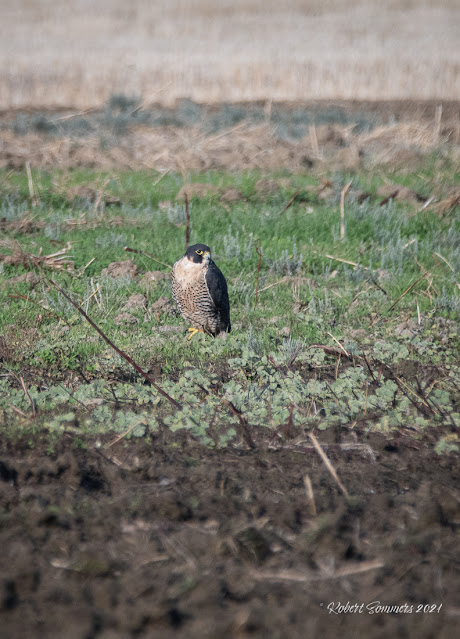 Professor Metcalf also pointed out this peregrine in the field that I had missed. He has a very experienced eye. 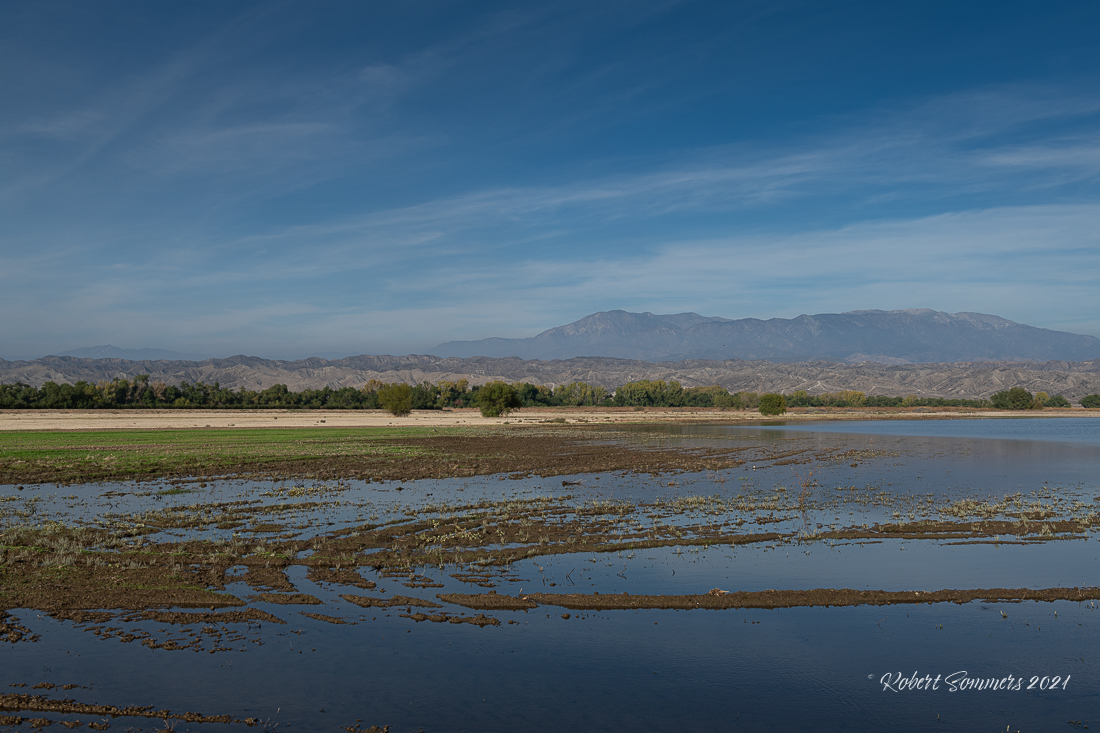 It was very beautiful out there yesterday. Will certainly return soon. It is only going to get better and better as winter approaches and the ponds hopefully fill up. Leslie had a great trip, went to the Van Gogh Immersive Experience, dined at the Four Seasons with her brother.
We stopped off and had Indian food at Mantra on the way home, in Temecula. Very good, took half of it home. Great to have her back.
Posted by Blue Heron at 11:58 AM

I sure hope you wore the Big Bird costume.