I like Joe Biden for a number of reasons but the principal one is that he is not Donald Trump. Biden, to be sure, has his faults, who doesn't? But he is not a megalomaniac liar and I think he respects the constitution and political institutions of our country, and I don't worry about him trying to install himself as a Putin like President for life like I worried about his predecessor.

Having said that, he is in a very unenviable position right now and the Democratic party appears to be in deep crap trying to meld its progressive and moderate factions. Sort of like herding cats, one has to wonder what will give and if the Biden presidency will be able to deliver anything in the next three years? Such pointless infighting.

Manchin and Sinema know that they are in the drivers seat and they have both taken so many payoffs from outside interests like Big Pharma and Big Energy that I do believe that whatever ideals they might have once held have been long forgotten.

They say they are trying to be bipartisan but it is difficult to imagine when the other party has no intention of ever compromising in any way. Obama tried that. They end up being played for stooges. Just look at the vote totals, the Republicans never give on anything.

In any case, I didn't really want to rant about all that, I wanted to talk about the more liberal side of the party, the Omar, Tlaib, AOC and Jayapal types.

Omar is a total waste of time, she was trying to blame the Minneapolis Police Force for rising crime in that city while conveniently forgetting that she was trying to cut their funding and disband them at the same time. Luckily the voters saw through her rhetoric. You never hear from Tlaib much unless she is sticking a knife to Israel. 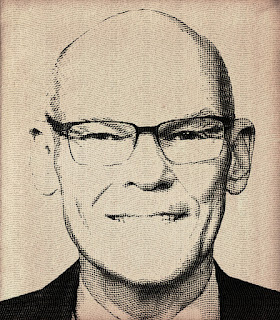 Today James Carville said that the dem's "stupid wokeness" was to blame for the Virginia gubernatorial defeat.
It is a fair question, the insanity of thing like trans bathroom privileges and free childcare taking center stage when we have so many far more pressing issues in this country.

"What went wrong is just stupid wokeness," said Carville, referring to rhetoric about defunding the police and renaming buildings. "Some of these people need to go to a 'woke' detox center or something."

"They're expressing a language that people just don't use, and there's backlash and a frustration at that," he also said.

AOC went after him with vigor. She said that only old people used the term woke these days and that its use was an insult to people under the age of 45.

Now as a person quite a bit older than 45, I take umbrage at her language and rhetoric. It is ageist and divisive and she might even need the help of some of us old folks some day. When you get old you learn to pick your battles. I personally think that the progressives are making a big mistake pushing for their oversized social agenda right now.

Everybody that is new to the reigns of power forgets that there are limits to their power. Everybody thinks they have free reign and overestimates their strength. They think that they can do it all and often overplay their hand and are left with nothing. It will certainly be your world one day but thankfully, that day has not yet arrived, Alexandria.

These young progressives are probably not going to win a game of chicken with Joe Manchin, like him or not. You can't shame him, you can only get him to switch sides and antagonize him. Your grandma will tell you, you catch more flies with honey than vinegar.

They need to check themselves and learn to compromise. Everybody. Because surely, anything Biden and the dems can accomplish, no matter how meager or small, is better than living four more years of Trump. We can't forget that.

Should the dems wish to survive, they need to refocus on the Joes on the street. Right now they are failing disastrously and the Joes on the street aren’t getting THEIR concerns dealt with. On thing about Trump, he was sensitive to his base. He would be Prez today except he only listened to 30 % of the Joes, so he got bounced just like Biden might.

I think you are wrong about Joe, the lying part.

Funny, Trump just said that Alec Baldwin meant to kill the woman on the set, with no proof or substance of fact. I will take Joe any day in this regard, thanks.

I agree that Joe is a decent guy…. Honest? As much as any honest pol… Will he run in 2024? I think not. If not, the Dems need someone who can appeal to a lot of the “red necks” from the mid-west and south. Those folks have traditionally been Dems and they need to be brought back if the Dems are to keep the Presidency.