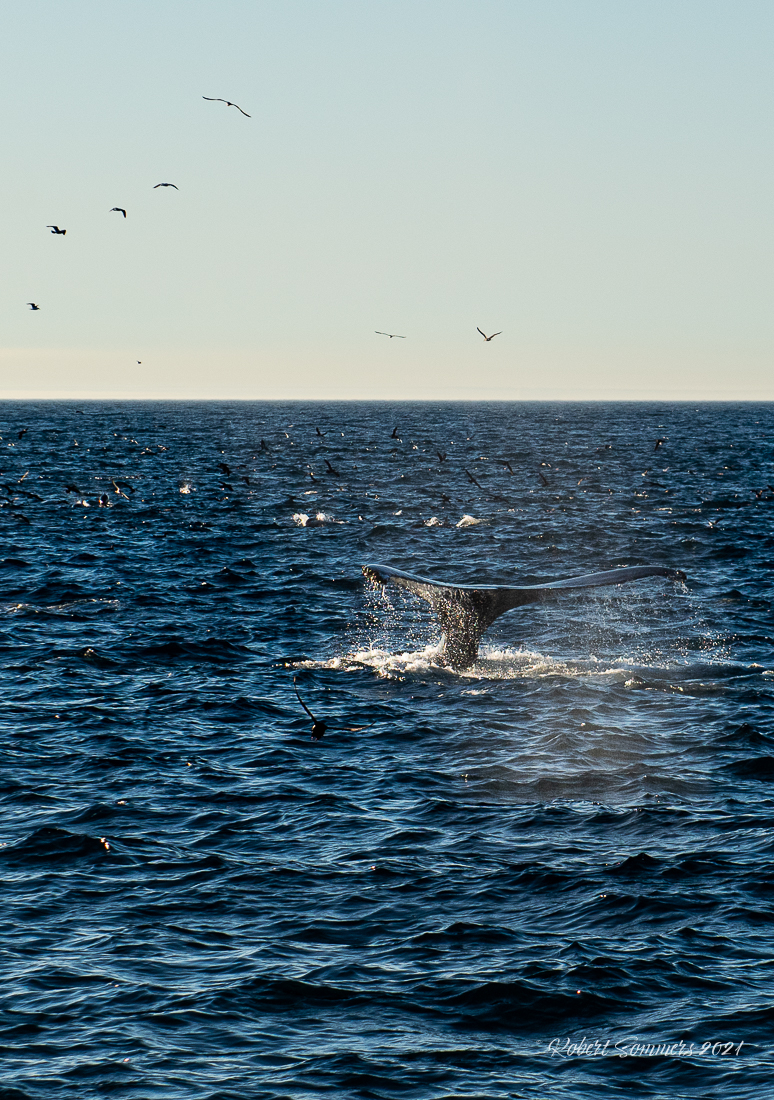 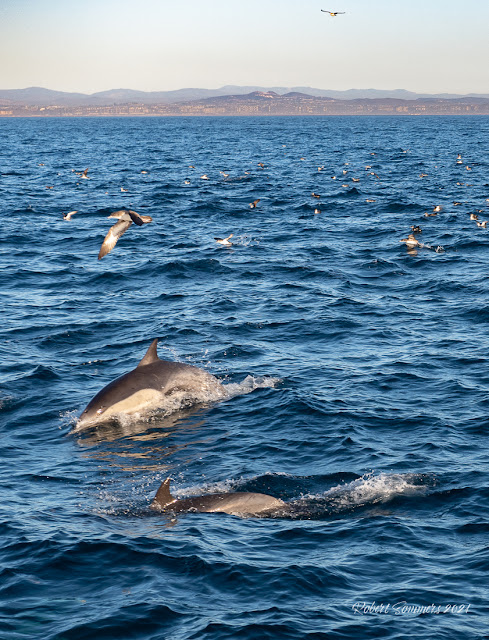 Leslie and I took off work on Thursday and went whale watching.

Last week a blue whale was spotted off Newport and we were hoping to see one.

We took the afternoon boat as they are usually more flexible on time if you get into anything really good.

We got to the boat and people were pretty glum, the earlier boat had been skunked.

Not to worry, we told the folks at Oceanside adventures. The Sommers are good luck.

And we are, the last three trips have been truly epic.

We had new crew on this boat, two young ladies and a different captain than we are used to.

They got word that a big pod had been spotted but it was way out there.

The captain said that we were going to dispense with the routine sea lion and seal part of the ride and jet out to the pod as fast as we could. 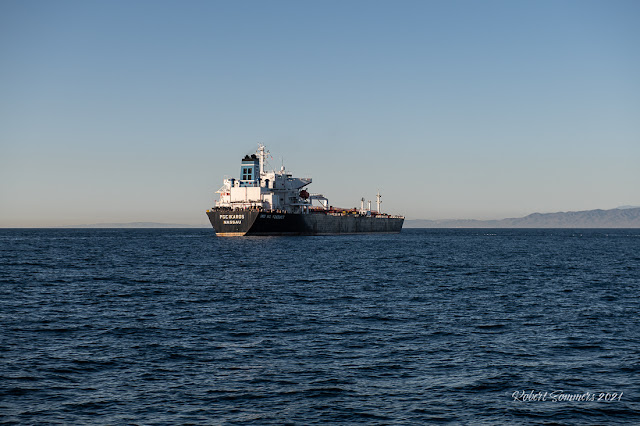 It was a nice calm day. 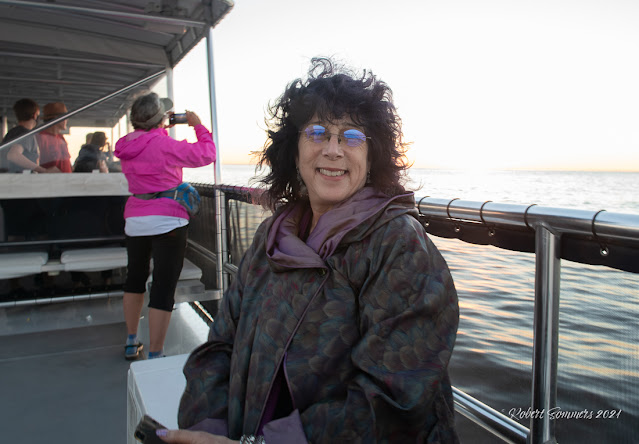 No problem with us. 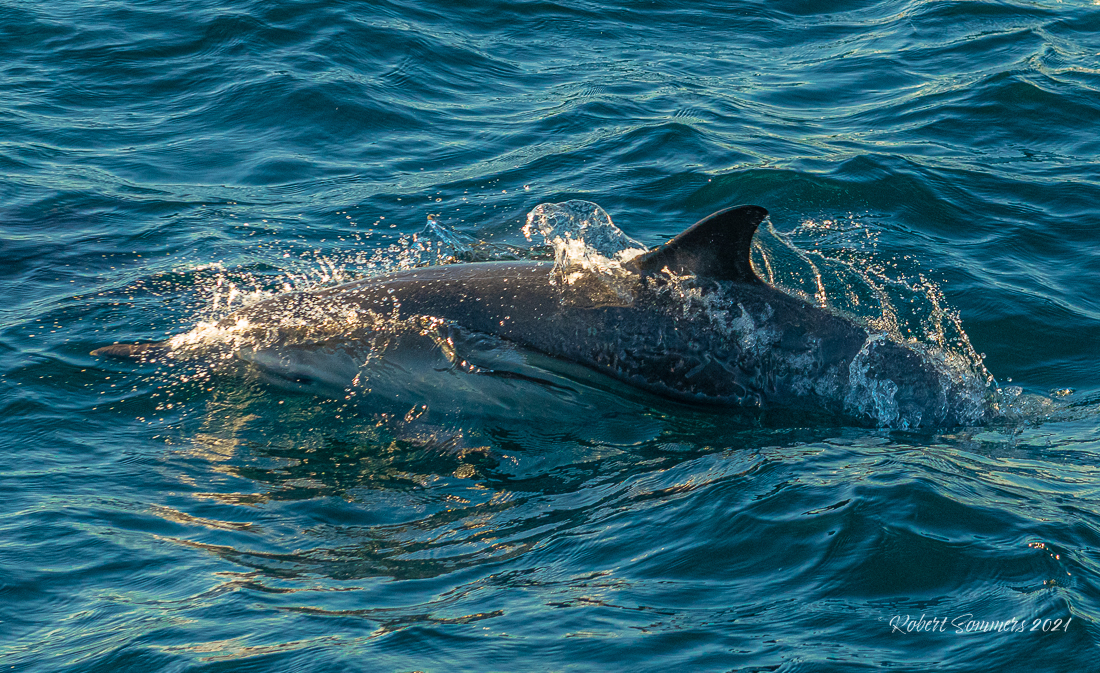 The action was supposedly about ten miles out, it actually was over twelve. But we did land ourselves in a super common dolphin pod, the captain estimated that it was over twenty five hundred dolphin in total. Probably the second largest group we have ever encountered. 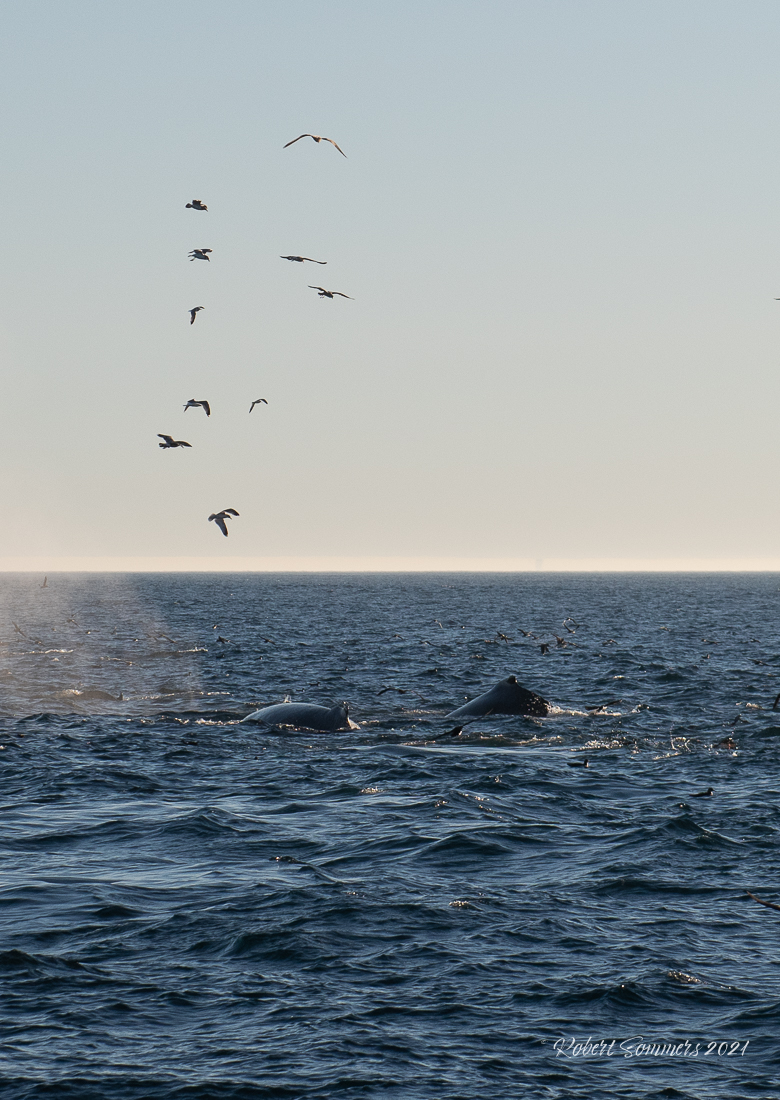 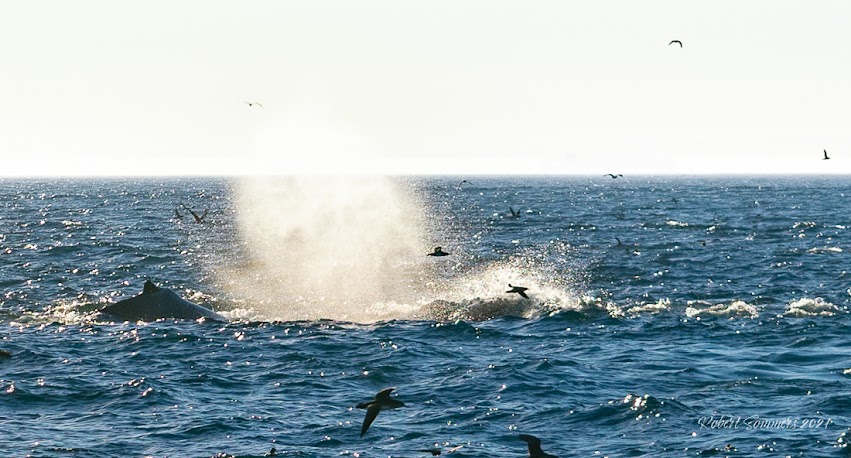 We also spotted three humpbacks and really enjoyed their show. 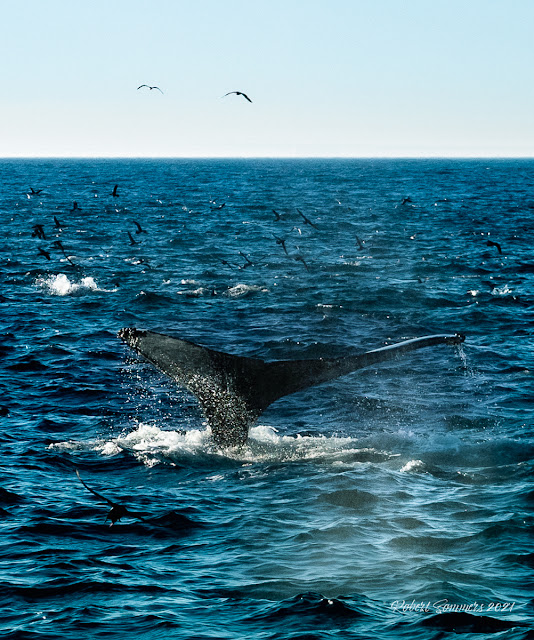 We spent a considerable amount of time watching a mother cavort around with her calf. 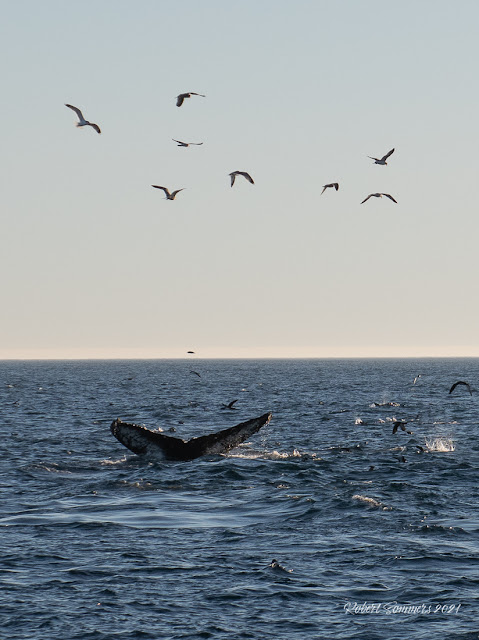 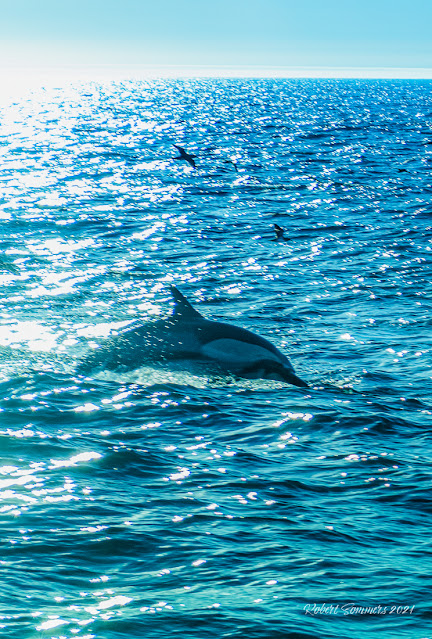 I wasn't going to even bring my camera but I ultimately did.

I did not have the long lens on so I didn't really get any super awesome shots but enjoyed myself thoroughly nonetheless. 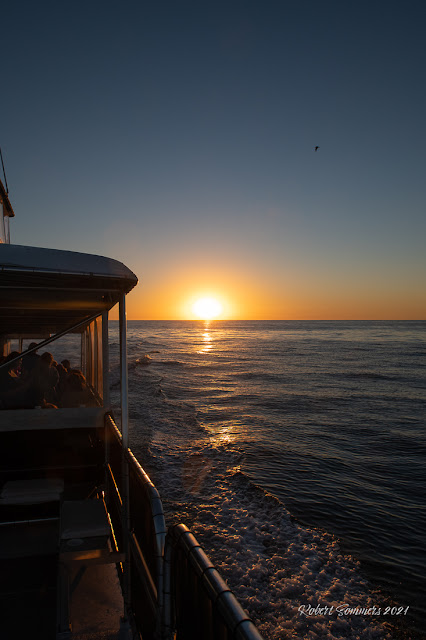 The trip just makes me want to get back out there and nail it. One of these days I will get what my friend KJ calls the money shot, that is if I am lucky enough.

Took a few extra minutes and watched the sun go down. 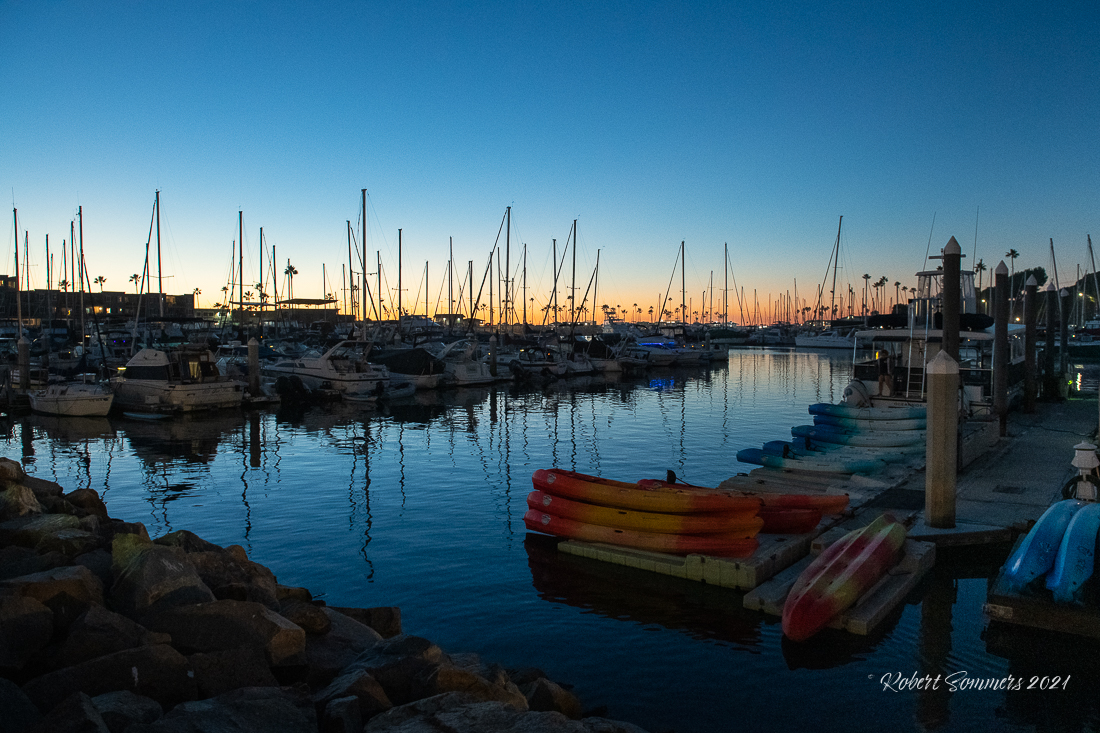 It was a perfect day. Can't beat getting out on the water. 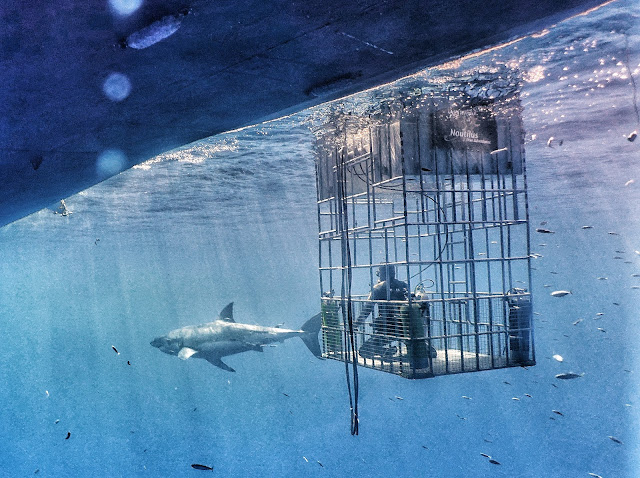 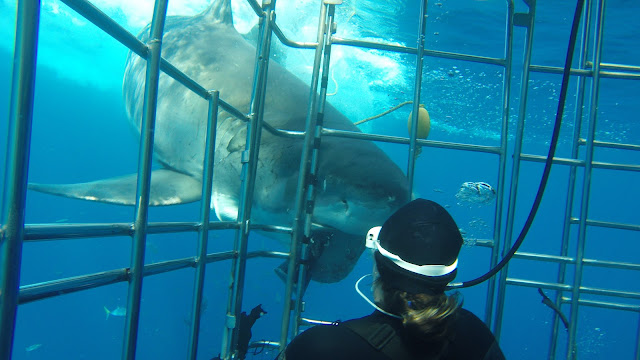 More news on the ocean front. Heidi and Kent recently returned from Guadalupe Island where they entered cages and faced the large great white sharks.

Not sure I would have the courage to do it but it looks like quite a rush.

Heidi in the cage video.