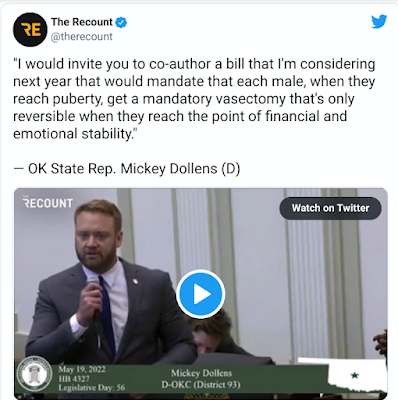 Time to clip it?
With the coming reversal of Roe v. Wade and the imposition of some of the most draconian abortion laws ever enacted in his state, Oklahoma State Rep. Mickey Dollens (not the guy in the Monkees) is considering sponsoring some interesting legislation.

Mandatory vasectomies for every male in the state once they hit puberty.

Dollens said that the vasectomy would only be “reversible when they reach the point of financial and emotional stability.”

“If you think that is crazy then I think that maybe you understand how 50 percent of Oklahomans feel, as well,” the Democrat reportedly told a group of GOP lawmakers.

Good for Mickey! Makes a lot of sense to me. Goose meet gander. I would even take it a step further and demand i.q. tests as well for prospective parents. Too many idiots having babies, let's raise the intelligence bar while we are at it. As we say in Oklahoma, the Sooner the better. 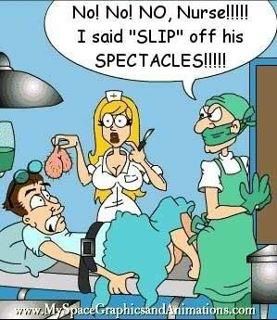