Now here's a headline.
Ever wonder what it might take to win a Republican primary election?
Consider one Andrew Wilhoite. 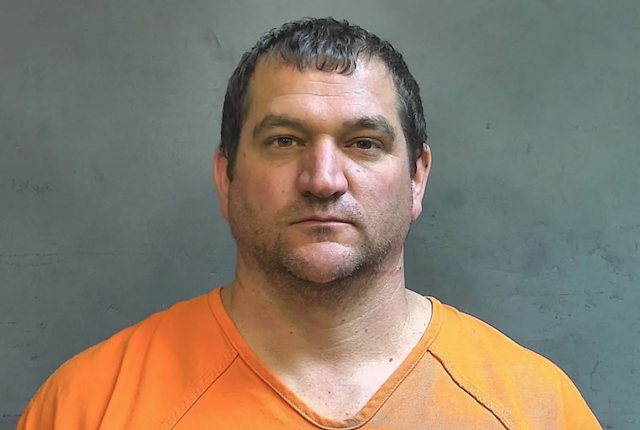 The incarcerated candidate is advancing in his Indiana district. And has admitted to killing his wife by hitting her on the head with a flower pot and then throwing her in the river. A woman who, by the way, had just completed chemotherapy for her cancer.

An Indiana man accused of murdering his cancer-stricken wife won a township board primary election while in jail for the brutal slaying.
Andrew Wilhoite — who was charged in March with murdering 41-year-old Elizabeth “Nikki” Wilhoite, allegedly using a concrete flower pot — is one of three Republicans who secured a spot Tuesday in November’s election for the Clinton Township Board, the Indianapolis Star reported.
Wilhoite, 40, of Lebanon, has been in custody at the Boone County Jail since he told investigators he threw the flower pot at his wife’s head and dumped her body over the side of a bridge. He’s next due in court on May 27, according to the newspaper.
Court documents obtained by WTHR show investigators found traces of blood in the couple’s home after Nikki Wilhoite failed to show up to work at a Zionsville oral surgeon’s office.
Andrew Wilhoite told cops his wife had filed for divorce and that they had been arguing about his extramarital affair, claiming he had slept on the couch and didn’t see her when leaving for work, WTHR reported.
But Wilhoite later changed his version of events, ultimately admitting to cops that he hit his wife on the head with a flower pot and then drove her body in his pickup truck to a Boone County bridge where he dumped it, court documents show.
A friend of Nikki Wilhoite said she had just finished her final chemotherapy treatment for breast cancer, WTHR reported.

Dude still received sixty votes. No Democrats are running for the seat.  And it is apparently legal for him to run, even from the slammer. You wonder what a person would have to do to be truly disqualifying to the GOP? Evidently murder is not enough.

Wonder if he has any national aspirations? Might have a real future in the party...