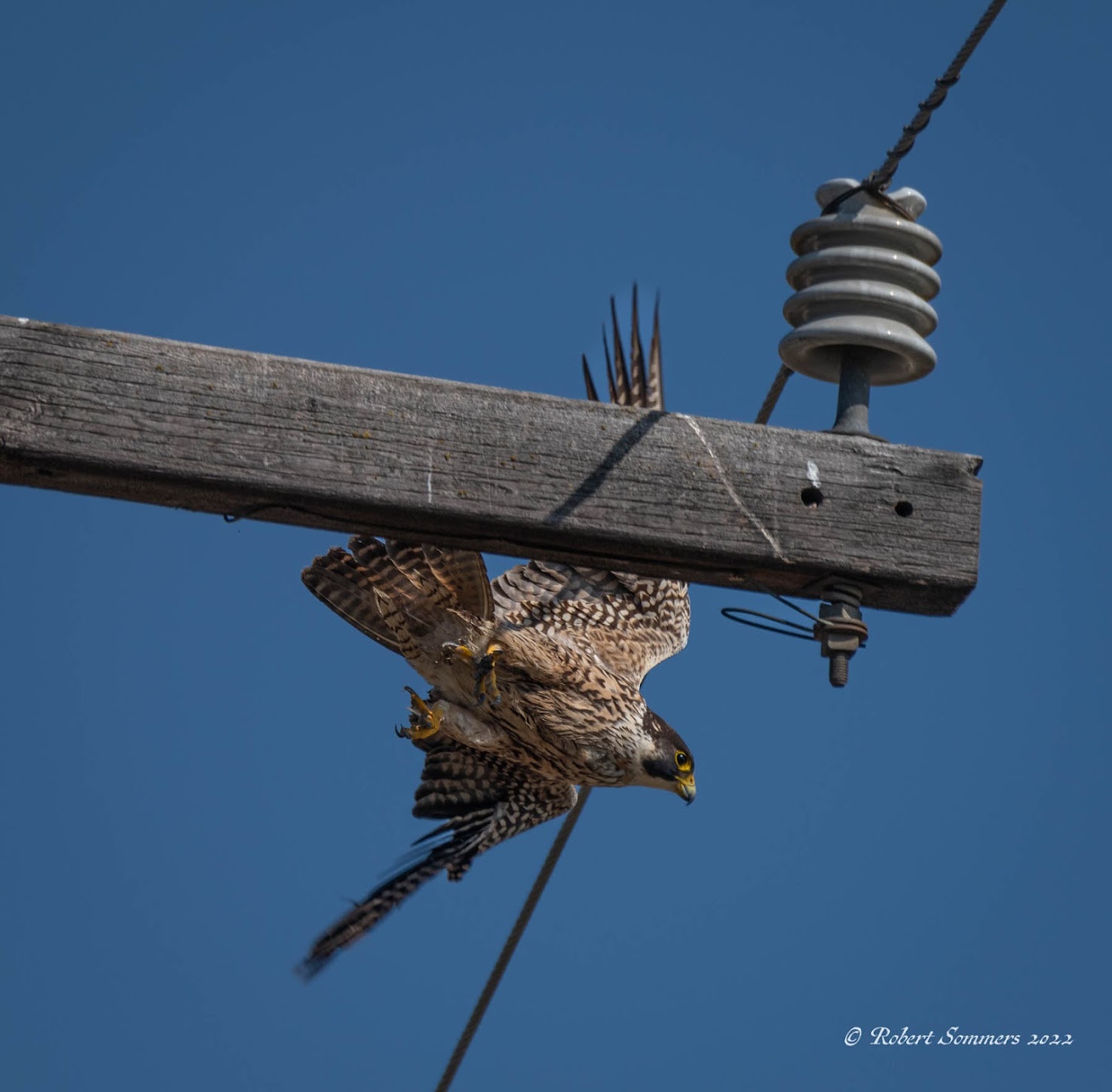 I needed an afternoon off after the big trudge, three shows in a month has wiped me out. I drove up to the wildlife area. If you want to go north on the 15 you better leave by two, I left at 2:30 and hit the traffic.

I finally got to the reserve and realized that there is very little water this year, driest I have seen it. Push pull between agricultural interests and wildlife I suppose and guess who wins? 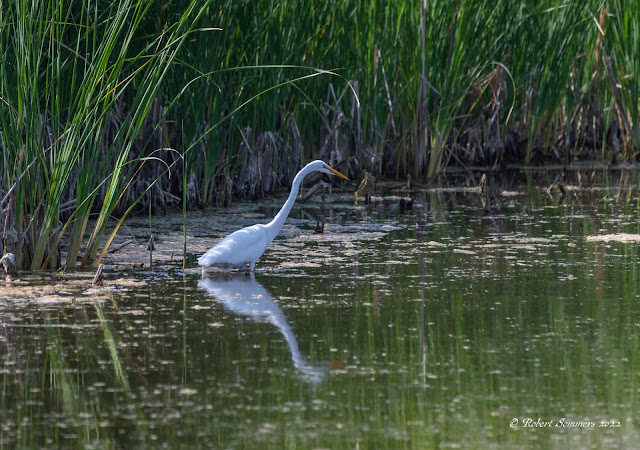 So I really didn't see much.
A few ducks, egrets, red winged blackbirds.
Very few raptors with the exception of a couple falcons. No kestrels, if you can believe it.
My favorite dead tree has fallen, one that I have taken a thousand kestrel pictures on. Entropy strikes again. 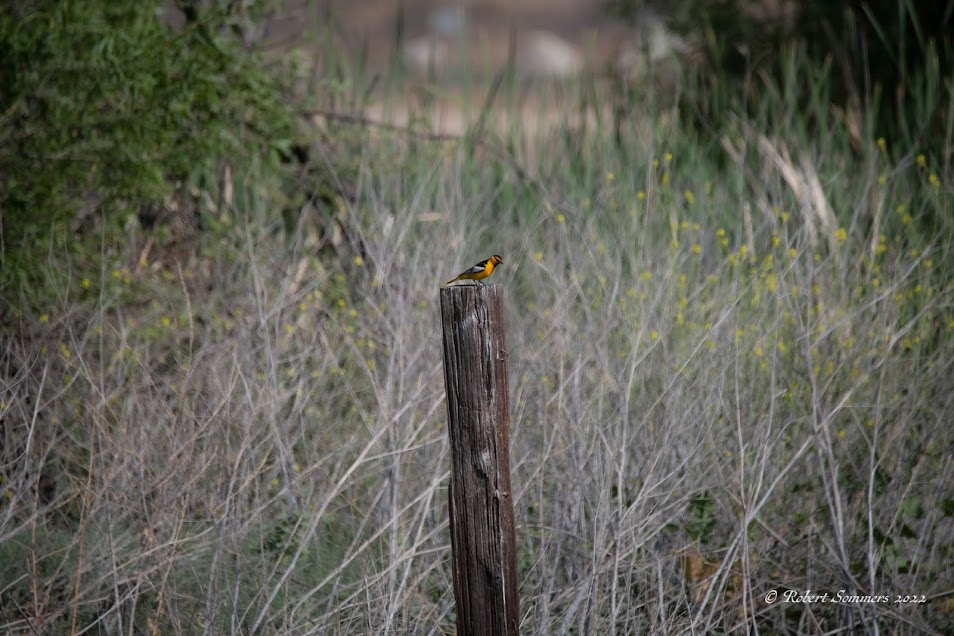 I did see a few bullock's orioles around, which is unusual there, or perhaps one bullock's who really got around. Didn't get close enough for a good snap.

Saw a small coyote running around, a couple squirrels. I drove out to the Walker Ponds. No yellow headed blackbirds but did see this peregrine falcon launching. 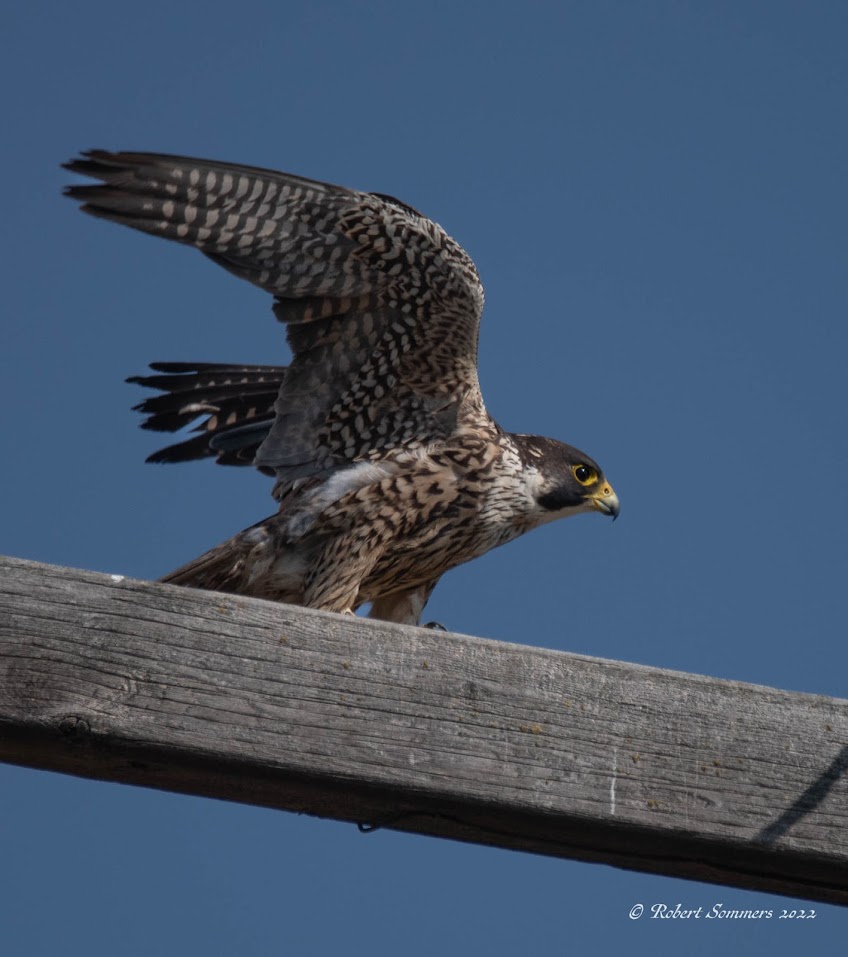 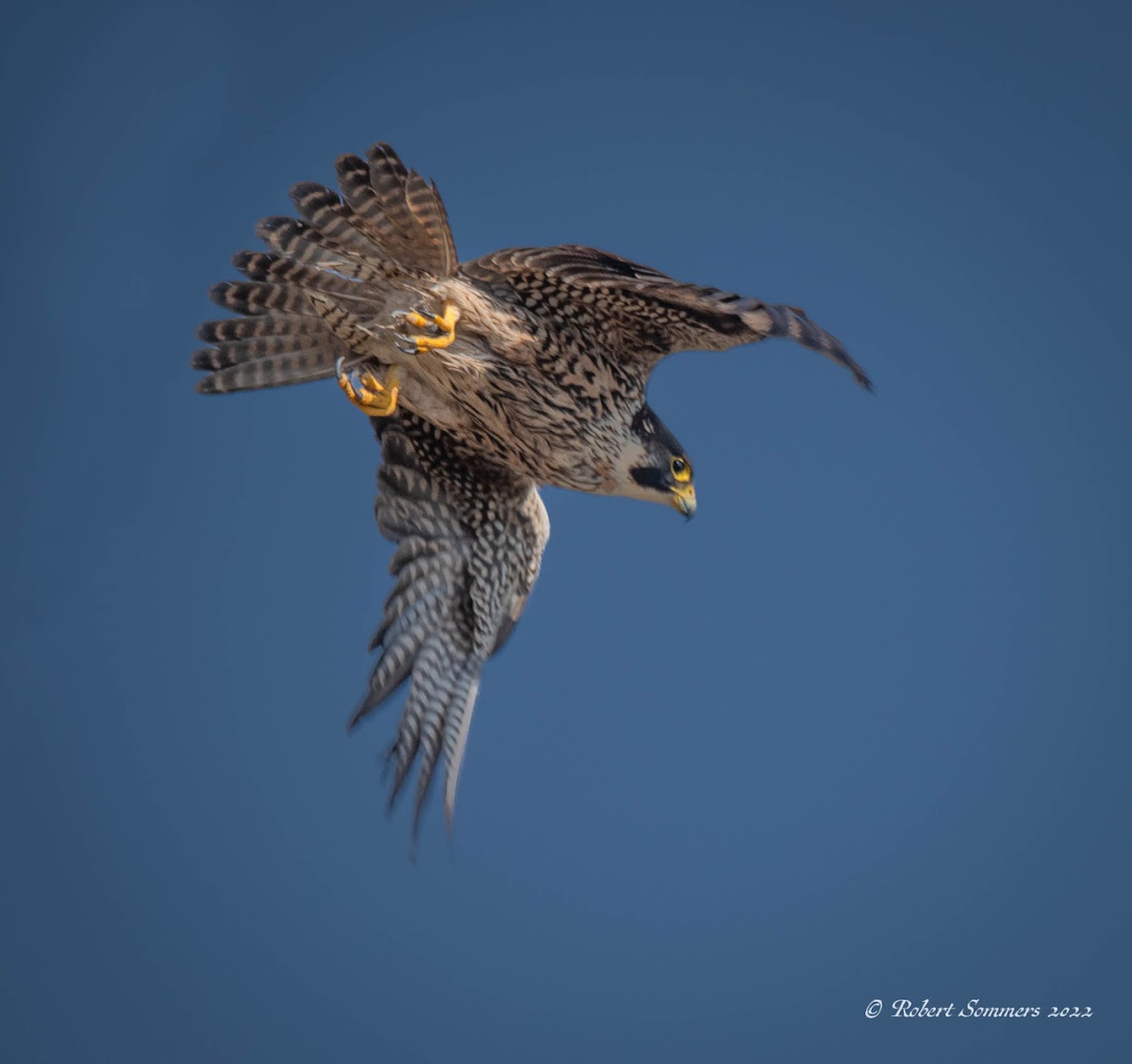 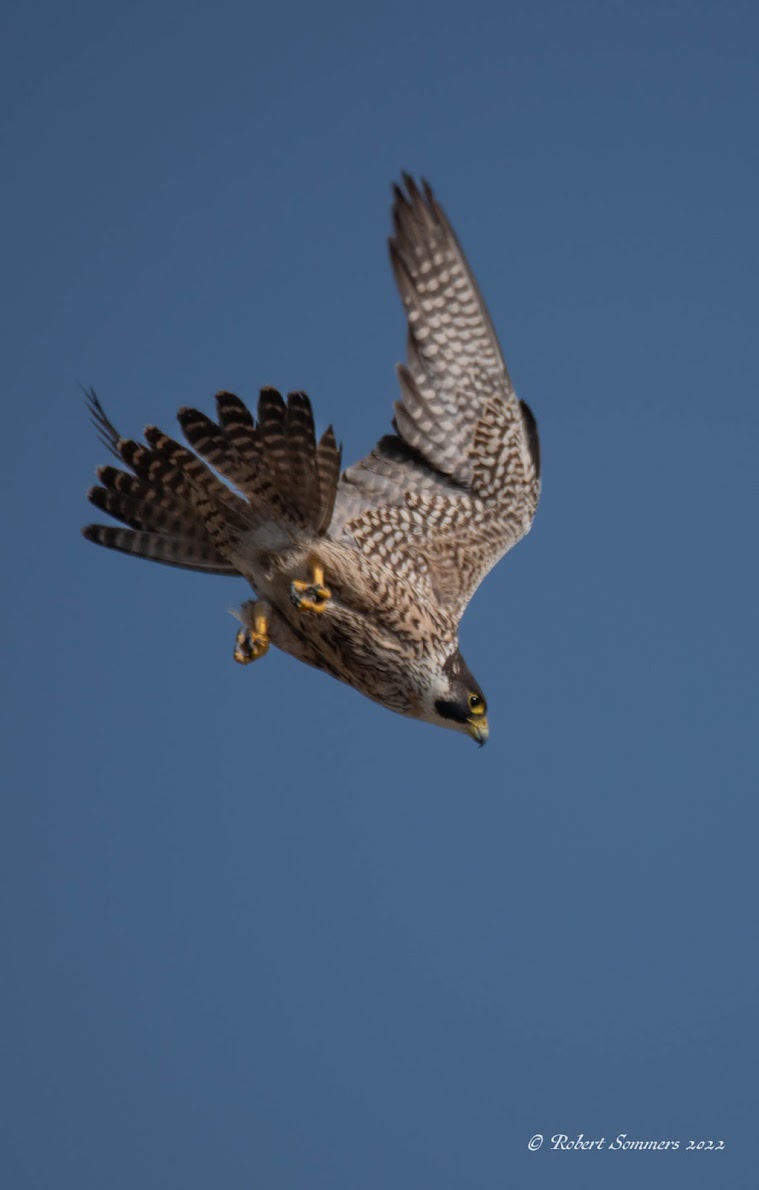 Never get tired of watching falcons fly.
Posted by Blue Heron at 11:00 AM