Remember great Americans who made a difference 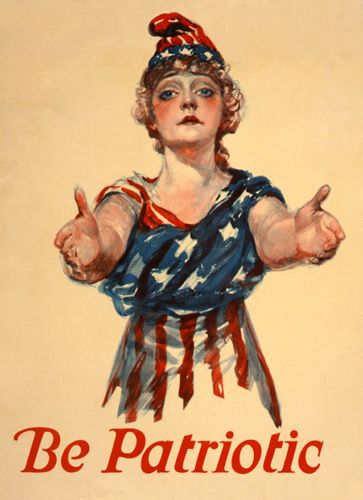 We honor those that have died fighting for their country tomorrow on Memorial Day, which was once known as Decoration Day.

The remembrance actually started in the south after the Civil War, memorials being erected for Confederate dead in Mississippi, South Carolina and Virginia.

Similar observances soon occurred in the north and the day was officially set in May of 1868 by General John Logan.

We have had a lot of patriots in this country. I guess I first think of people like Franklin, Jefferson, Hale and Washington. Thomas Paine and Paul Revere.

And then there are the World War II aces like Richard Bong, Thomas, McGuire and David McCampbell.

So many Americans were involved in extraordinary acts of valor as were many heroes from other countries, many paying the ultimate price of their lives.

But I was thinking, did you have to be a fighter to do something patriotic and worthy of valor? I think not. I was thinking about some of the people I consider patriots, by deed or by their words or actions.

Although certainly not comprehensive, my list is a bit different. Some of my heroes opened their mouth and told the truth when nobody else would. Many of them challenged the system and the status quo. All loved their country and wanted it to be the best it could be. Many were prosecuted and some were jailed. Are they also not worthy of being remembered? You can pick yours, I've got mine.