We've all made mistakes. 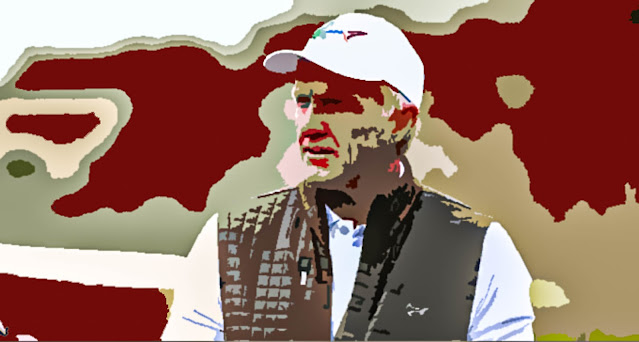 Golfer Greg Norman obviously has a lot of faith in humanity and people's ability to change and modify their bad behavior. Recently he tried to deliver a positive message regarding the Saudi ruler's complicity in the 2018 murder of Jamal Khashoggi. The Saudi dissident journalist was killed and then dismembered in the Saudi Consulate in Istanbul under orders of the Saudi Crown Prince.

"Everybody has owned up to it, right? It has been spoken about, from what I've read, going on what you guys reported. Take ownership, no matter what it is," Norman responded. "Look, we've all made mistakes and you just want to learn from those mistakes and how you can correct them going forward."

Norman was then asked about 81 Saudi Arabian citizens being executed in a single day in March. “I got a lot of messages, but quite honestly I look forward, I don’t look back," he said. "I don’t look into the politics of things. I know the mission I have as CEO of LIV Golf and that’s how we can grow the game globally. I’m not going to get into the quagmire of whatever happens in someone else’s world. I heard about it and I just kept moving on."

"This whole thing about Saudi Arabia and Khashoggi and human rights, talk about it, but also talk about the good the country is doing to change its culture. There are not many countries that can stand up and be proud of that. They can't be proud of their past - there are a lot of countries in this world that have a cross to bear too - but they are looking after the younger generation."

And now the guy who tried to make everything nice appears to be on the outs with the royal family for not shutting up and towing the company line. Is it possible that the Saudi crown prince, Mohammed bin Salman, is not quite as penitent and remorseful about the murder as the Australian golfer was led to believe?

“Greg Norman’s remarks that the Saudi government’s brutal murder of Khashoggi and its attempted cover-up were a ‘mistake’ are wrong and seriously misguided. Far from trying to ‘move on’, the Saudi authorities have attempted to sweep their crimes under the carpet, avoiding justice and accountability at every turn.

“The regime’s human rights record is an abomination – from its murder of Khashoggi to recent mass executions and the situation for LGBTI+ people, which continues to be dire.

Give Bin Salman a mulligan, dude was having a bad day.

Now, I am not a golfer and have never met Greg Norman. Still, I think the lesson here is that when there is money on the table, people who stand to make a little dough are willing to overlook just about anything. And sports figures, especially golfers, might not be your best sources for accurate or balanced information regarding current events.

You forgot one of the biggest offenders actors, and we know politicians !!