Trip to the lake 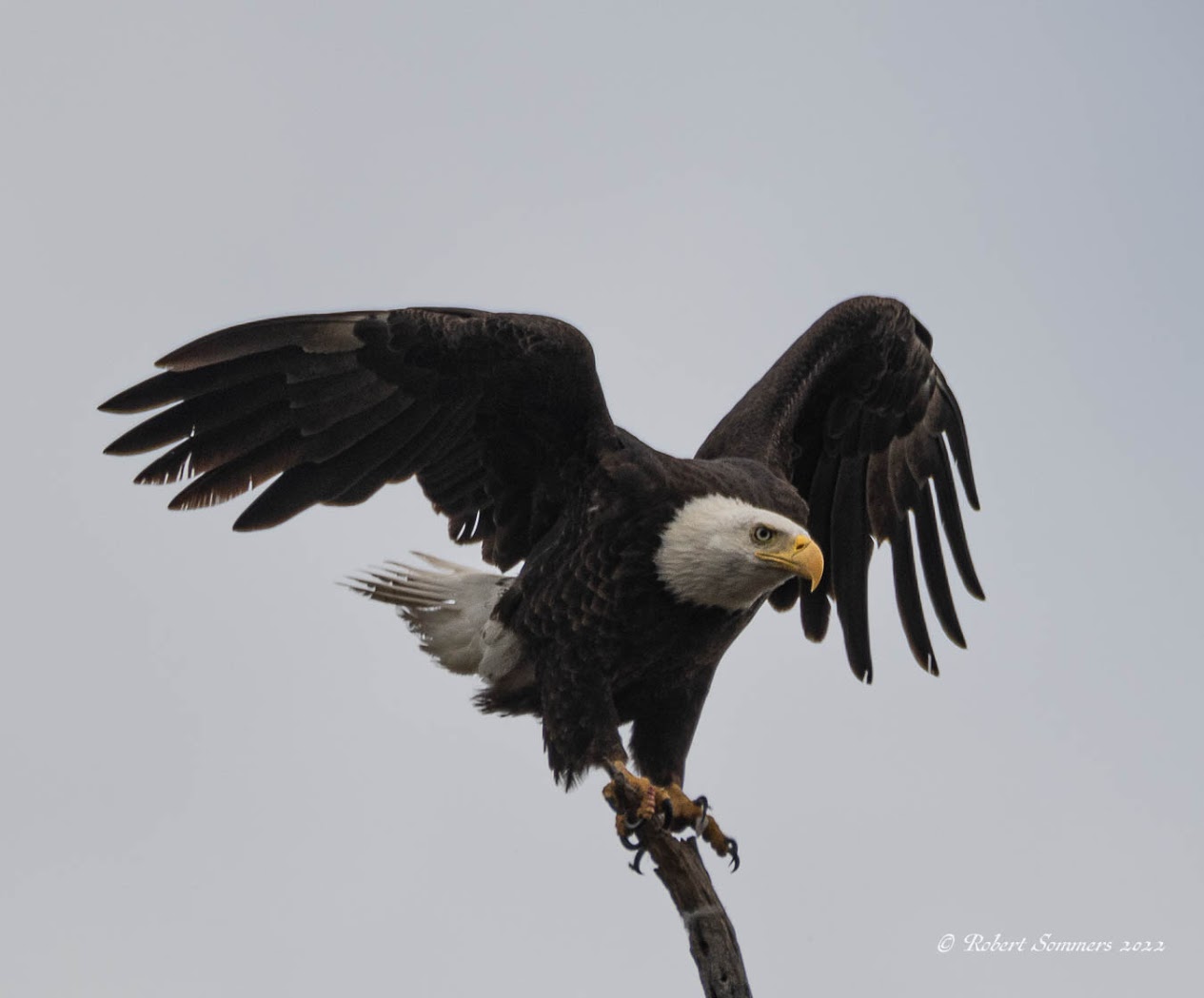 The idea was good, the execution and reality not quite what I expected. I invited my photo buddy Ken out to the lake to shoot some bird pics. He has a fancy new mirrorless Nikon Z9 that can do everything but brew cappuccino and wanted to put a few more miles on it. 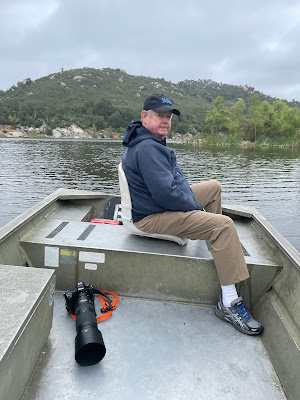 Not a camera I could ever afford and probably nothing I need but very wonderful with lots of new technology packed into its sleek black chassis.

The day was cloudy and a bit chilly. Not optimal for the light lens I brought, last time I had the heavy 400mm 2.8, much sharper and better in low light.

I took the tiller the first time out. The bass boat moved too quickly on the water to get a decent focus with my old technology so I just enjoyed playing host to my friend.

Not a lot of birds around, nothing like the last time I had circumnavigated the lake. Red winged blackbirds, mallards, coots, vultures and a few blue herons, not much else. 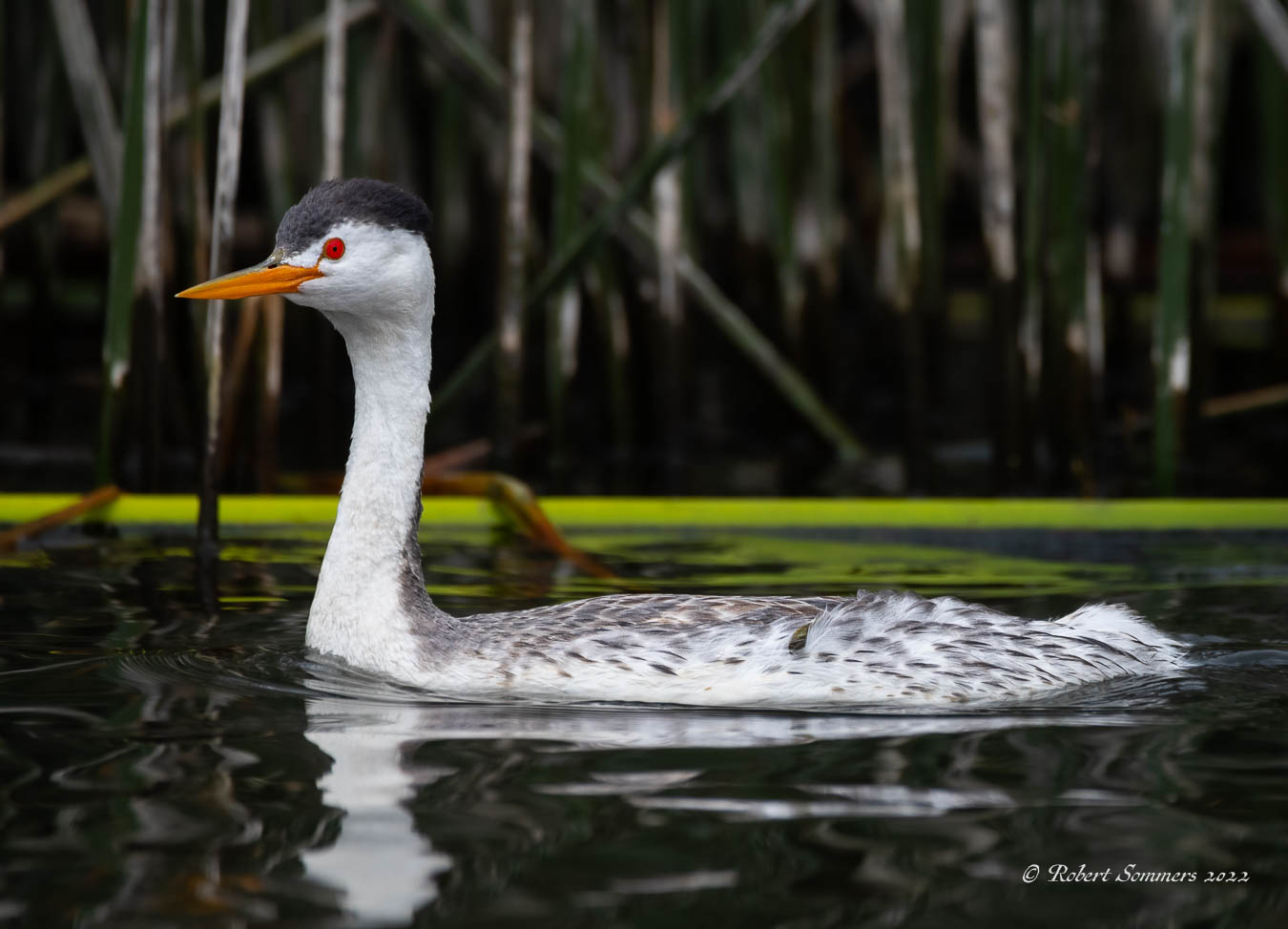 There were lots of beautiful grebes about, a bird whose looks have always intrigued me. Many swallows of multiple types but much too fast to capture adequately on a gray day. Very nimble and elusive creatures.
Heck, what do I care? It was a really nice day to be out in nature, digging the unspoiled beauty. Not a problem to be happy and content on a fine, if monochromatic day.
We switched positions, Ken steered the boat and we made another pass around the lake. I was all set to call it a day and a good try when I spotted the lovely raptor high in the oak tree about a hundred yards away. 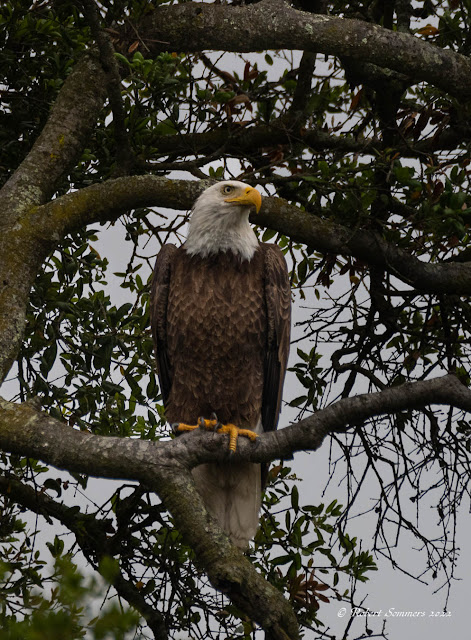 Now I did not get a perfect shot, I think Ken did. But perfection isn't really the aim at this point, at least with the gear I had at hand.
This was plenty good at 500 iso. My shutter speed was high because I figured he was going to fly and I wanted to be ready.
Always a thrill to shoot an eagle, I get such a rush.
We snapped a bunch of shots, both very happy for our score.
Ken managed to get a great one with the bird's mouth open that caught me off guard. 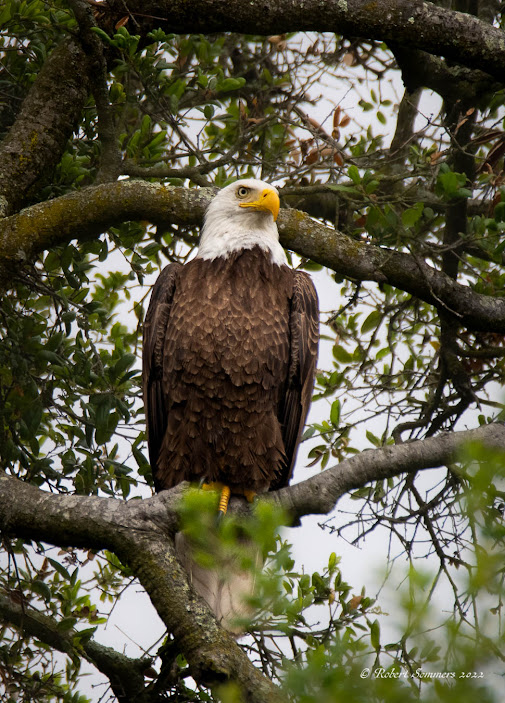 Of course his camera takes fifteen shots a second and it is a little easier to nail the intervals that way.
Poor me. 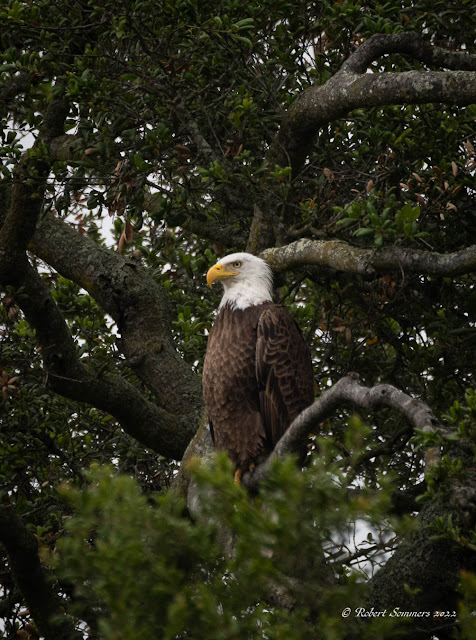 We got our fill and then went to see if we could shoot the herons that the buzzards had run off on our last lap.
They were not to be seen. We decided to go back to our eagle and see if we could catch him feeding but he was gone when we returned to his previous roost. 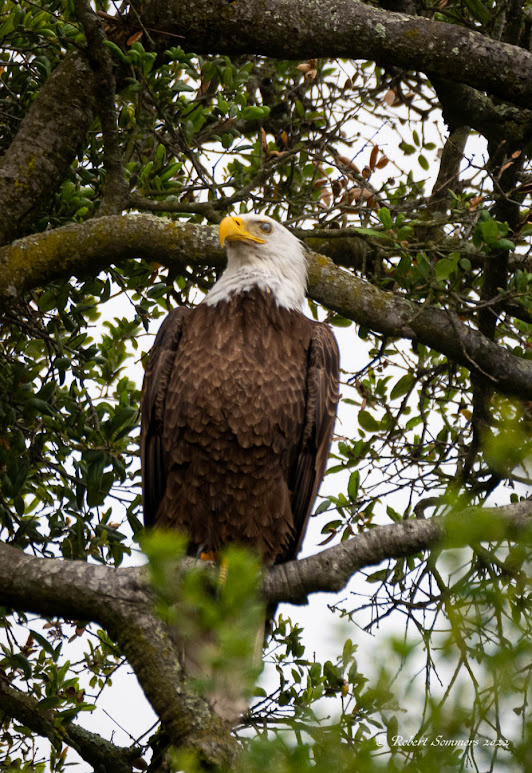 All raptors have nictitating eye membranes to protect their eyes from dust. This is a third eyelid which they can see through.Yesterday I shot this picture of a bald eagle in North County. Their membranes are evidently much less opaque than other raptors I have encountered, almost fully transparent. 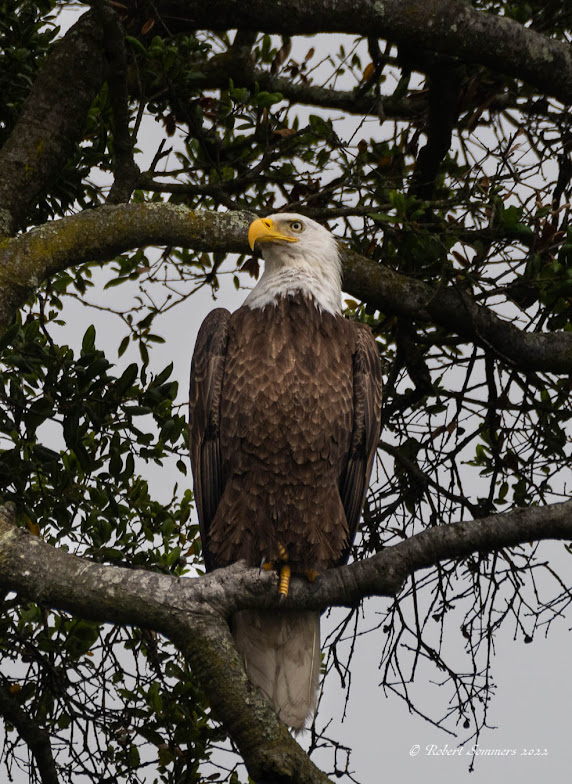 I always feel blessed and privileged when I take a picture of an eagle, really can't explain it.
We packed up and went to our other secret spot to see what we could find.
We headed back to the eagle's nest, the clouds finally starting to break a little bit. 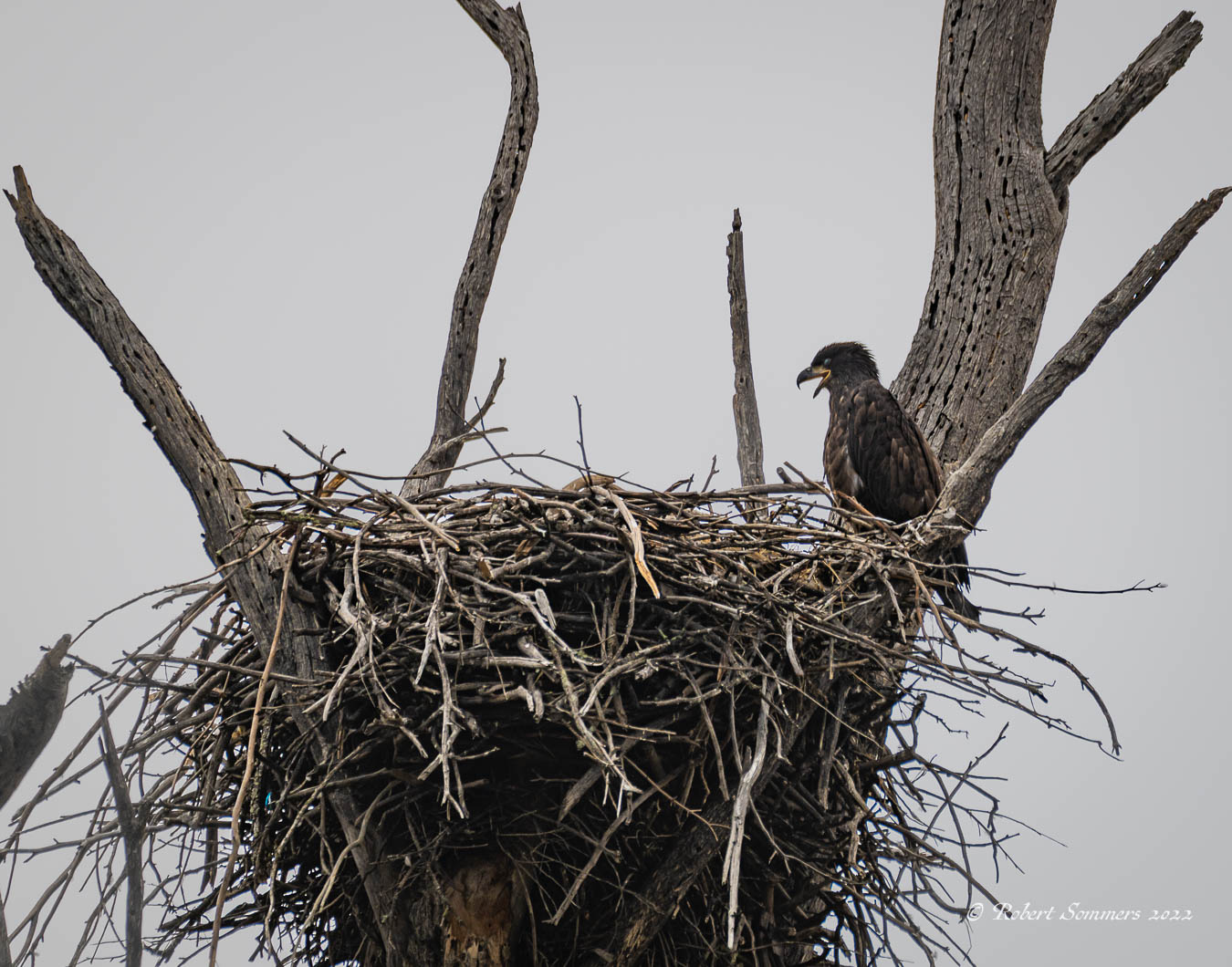 Both eaglets were in the nest but one was hiding, we only saw its wing for a second. We sat and watched for about ten minutes. In the flash of an eye, the adult male flew in with a meal, which we could not catch. It happened so fast. But we did get some of the aftermath. 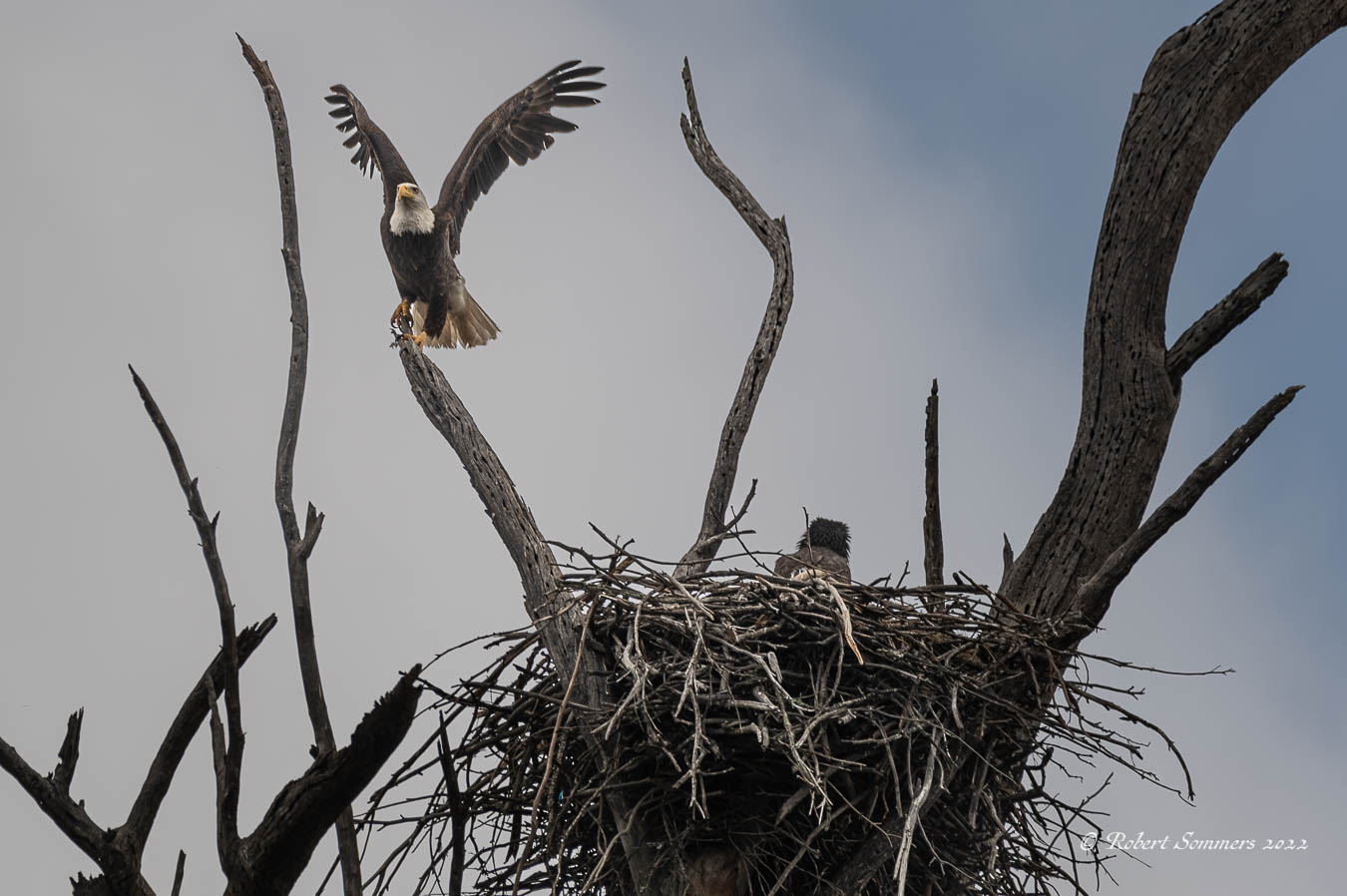 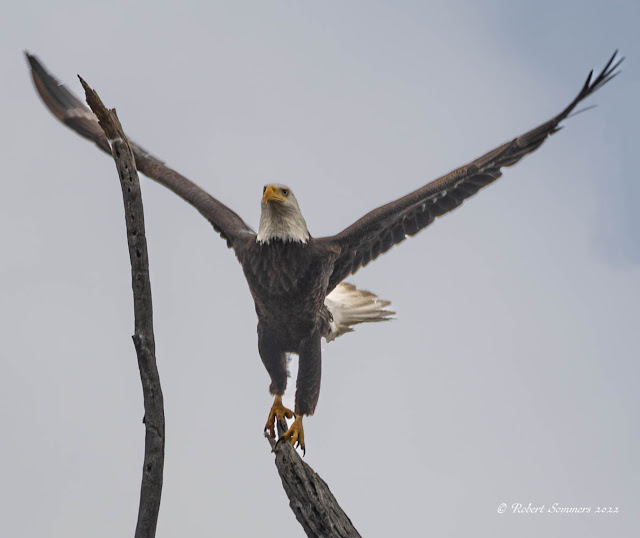 This adult is not tagged so it is the father.
Quite probably the same male we saw by the lake. 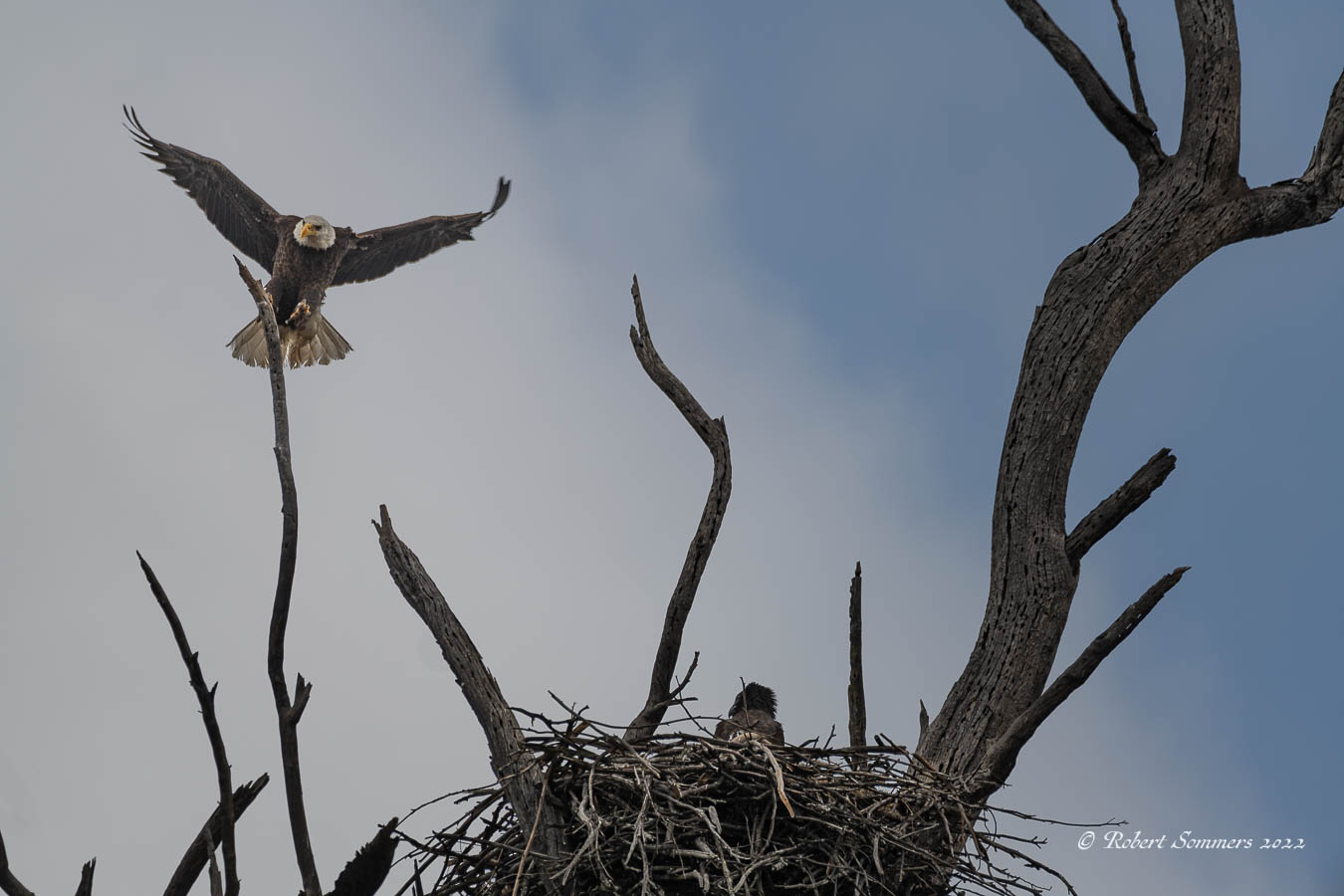 What a great day! 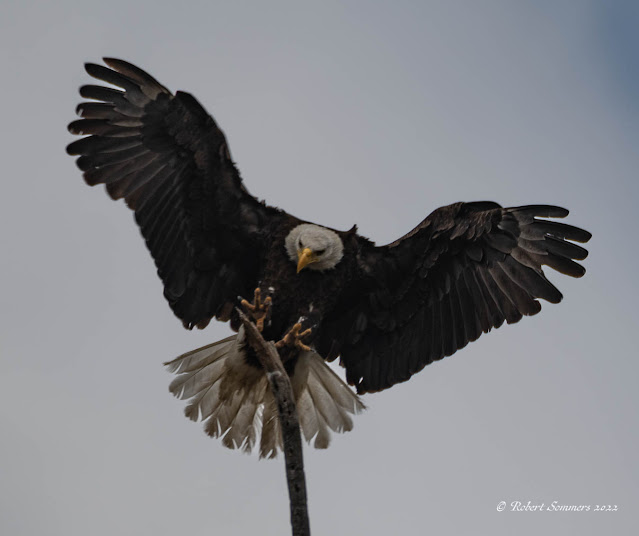 Decent shots with the equipment at hand and a lot of amazing visual memories that I will have forever. 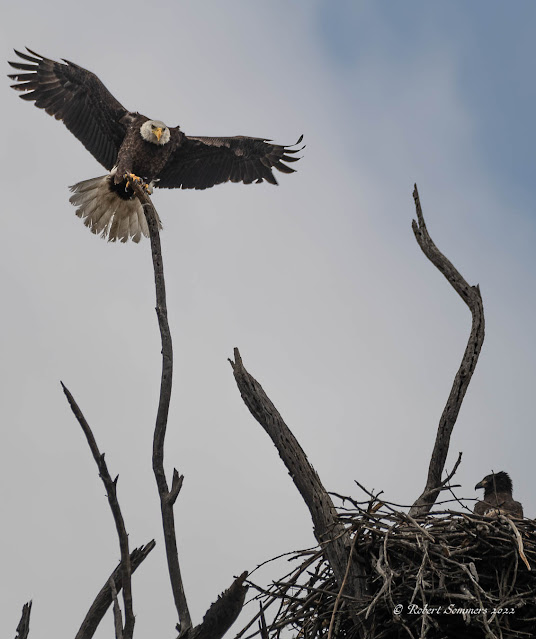 I'll take it. Happy Mother's day! And to you too mom, in case you are listening somewhere out there in eternity.
Couldn't have made it without you. 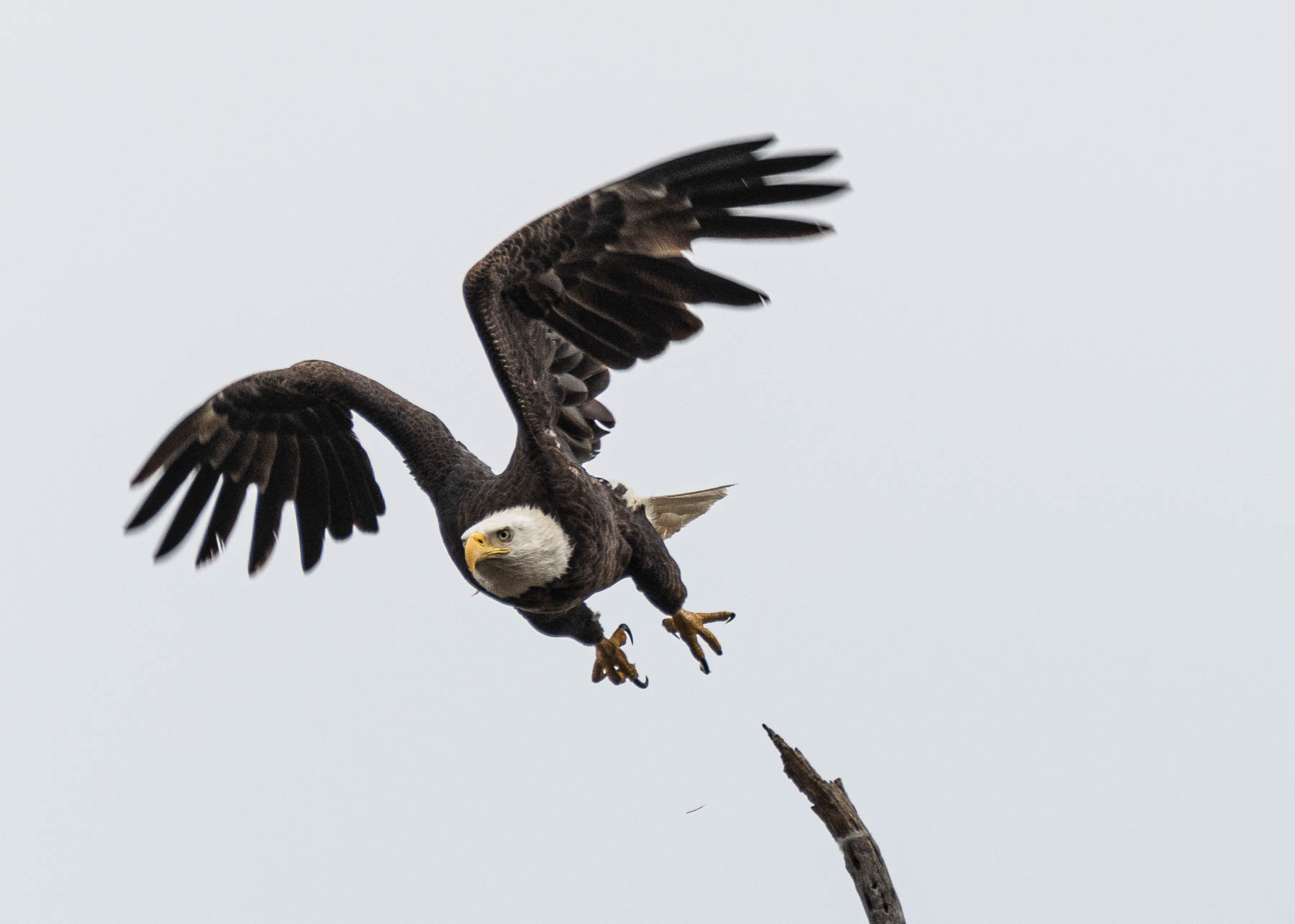 Niiice. What the lake’s name?

What a great day!

Thanks for sharing these moving photos. Really comforting.