Ride of the Caballeros, Pala Mission 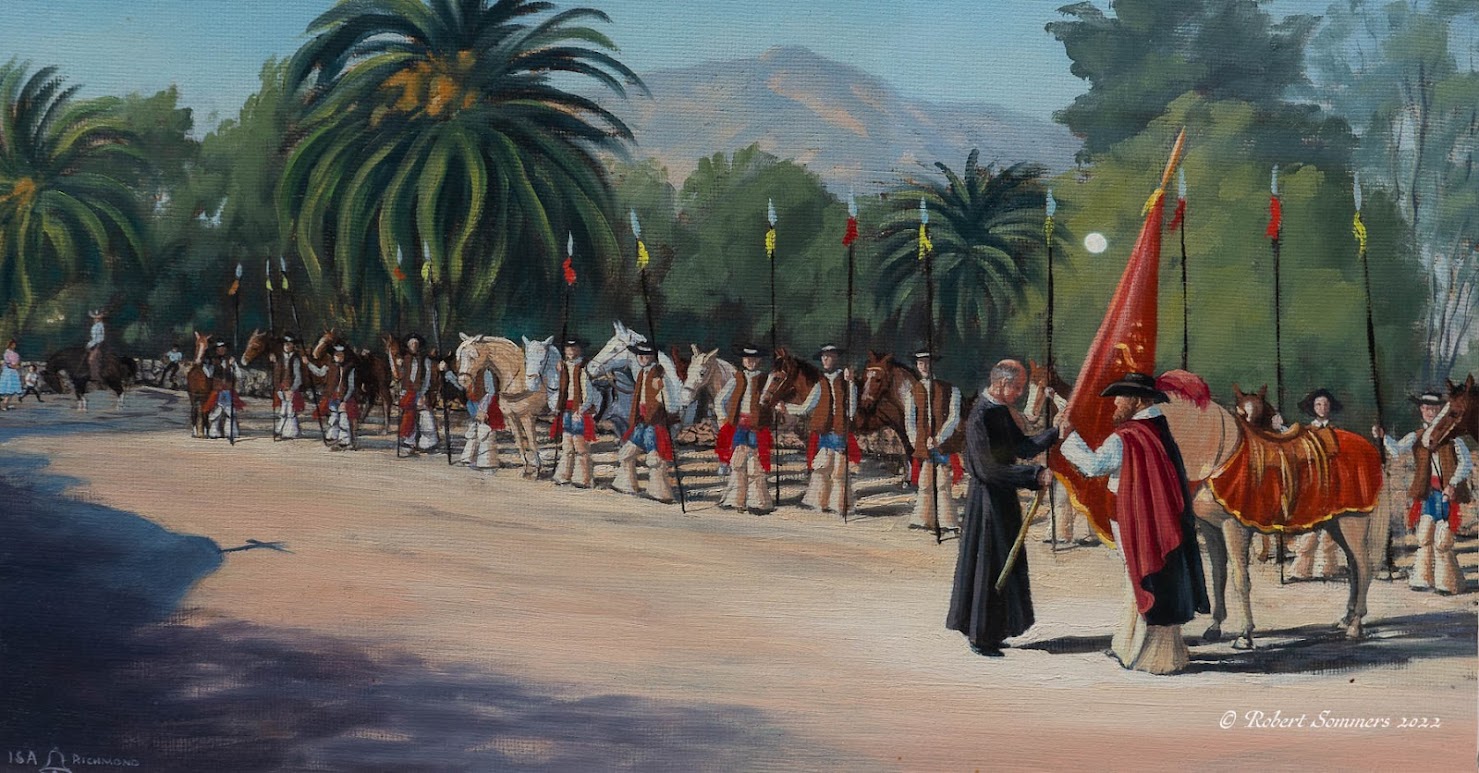 I bought this painting up in Santa Barbara last week. It really intrigued me.  I am a San Diego native with a real fondness for the historic past of our county, which reaches back to the great ranchos and Spanish land grants and of course, before that, to the local native population.

In addition I have a fondness for local artists, no matter when they painted. And this particular one, Isabelle Richmond, had somehow slipped by me and was actually from Fallbrook.

I had bought two or three of her paintings in the past but never knew anything about her.

Frankly, I thought the paintings were by a man, Isa Richmond.

I had no idea I was dealing with an ideo or pictogram until I saw the label on the back. Live and learn.

In any case, the painting depicts the Spanish soldiers receiving the flag from the friars at the Pala Mission, an assistencia to the San Luis Rey Mission located not very far from me, a place which they were then headed. This may have been a painting of a re-enactment, as part of an earlier forerunner to Cupa Days. 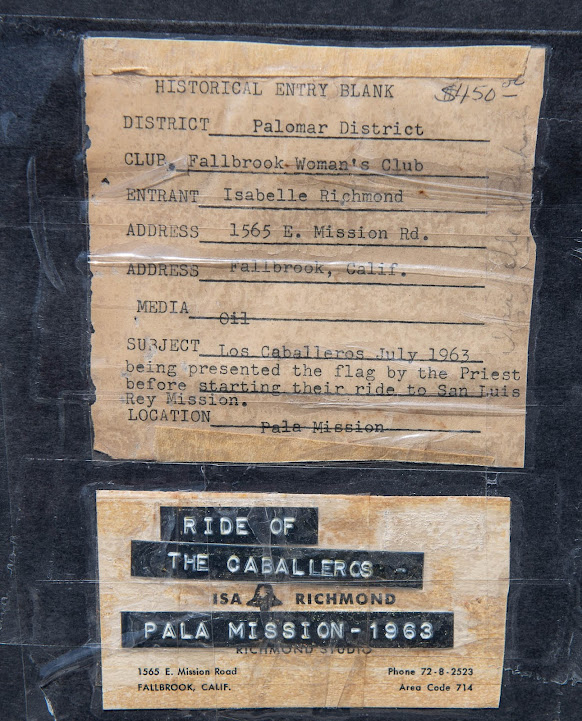 It was painted in oil, in July of 1963 and exhibited at the Fallbrook Woman's Club, where our friend Kerry used to live. Executed with more skill than I have seen in her other works. A very nice North County painting. A question remains, Palomar District of what?

Isabelle evidently had a studio on her property on 1565 E. Mission, later owned by the Mathieu family. She may have eventually married a man named Reeve, information is scant.

I found a small blurb in the 1970 Fallbrook Enterprise about a solo show she was having.

And another one four years earlier, in Balboa Park.

I am a curious fellow and I love sleuthing about regarding local history and artists. If anyone knows anything more about this particular artist, or perhaps is in touch with oldtimers that might, will you please let me know? 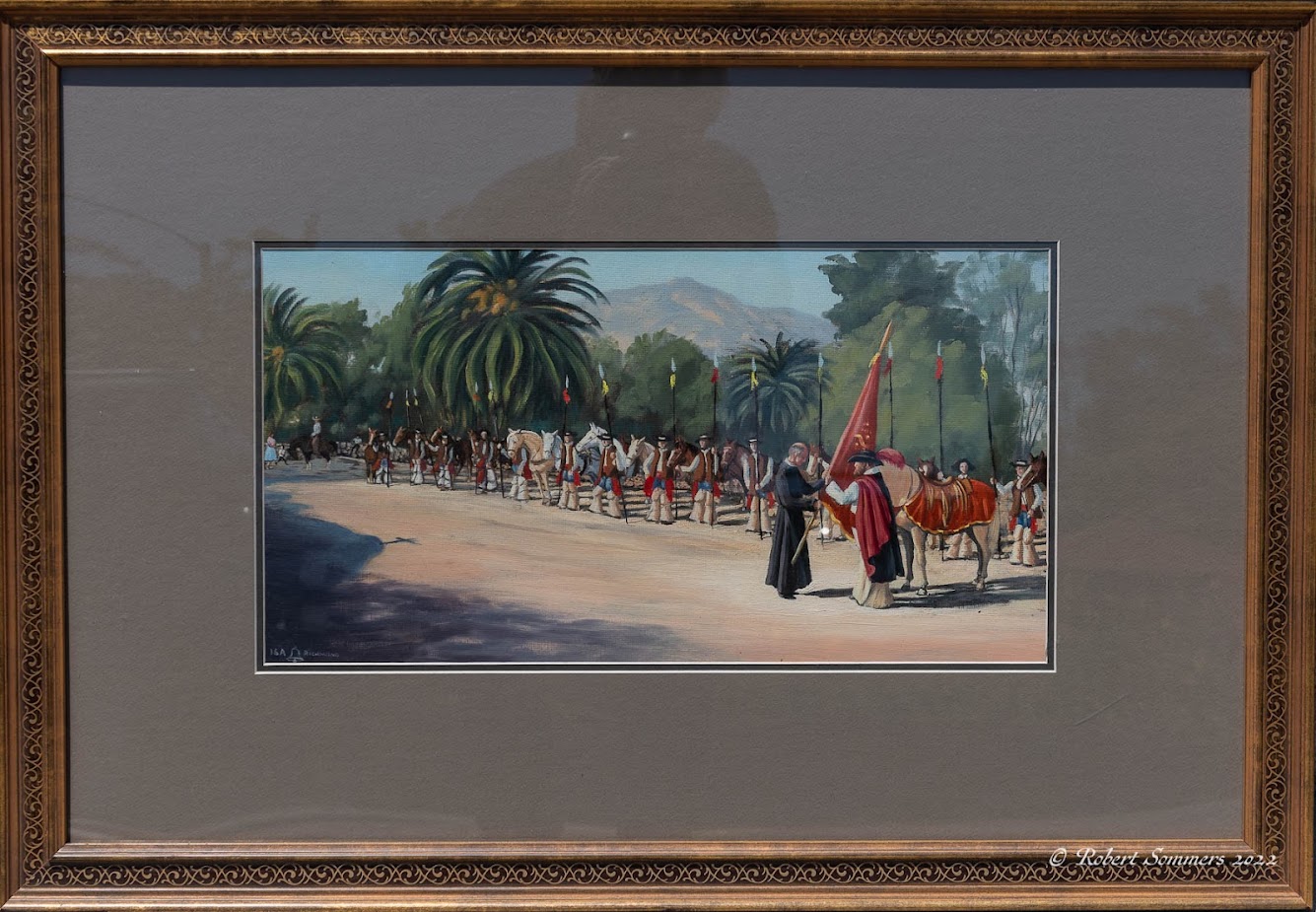 And if you know anybody out at Pala or anywhere else that might want to own this lovely local canvas at a fair price, please pass it on!
Posted by Blue Heron at 2:04 PM

Great story and beautiful work. You are a true art detective!