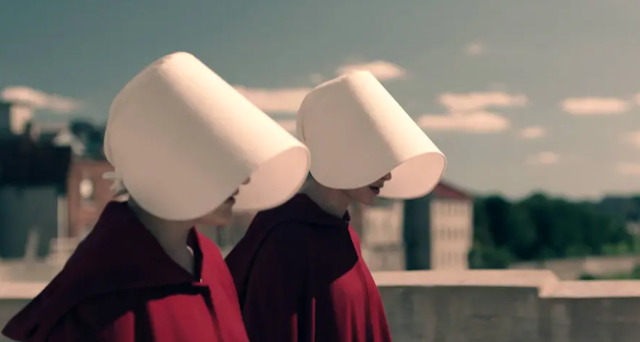 I know that I have beat the topic of the Supreme Court to death but what can I say, they freak me out. In any case, if you have the stomach to read through one more link try Molly Reddon's article over at HuffPo - Angry court might come after contraception next, experts warn. There are enough votes on the Supreme Court to uphold new restrictions on Plan B and birth control, experts say. 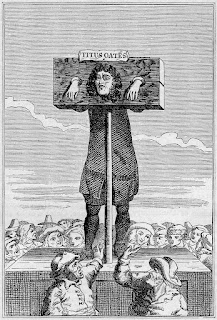 The theocrats have control of the car and they are not stopping for anything. Full speed ahead! Or is it full speed behind? More like a return to the stocks and public shaming and handmaids and forced pregnancy and the most priggish of puritanism. Burn the witches and smite the unbelievers! 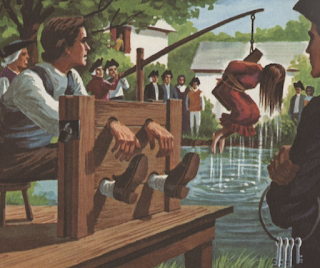 It is astounding how many of the GOP are already on board to kill contraception. I am not going to list them all, read the article.

Anti women, anti freedom, anti science, anti gay, anti environment, anti labor and anti history and they are just getting started. I can't bear to think what they have in store for us next. 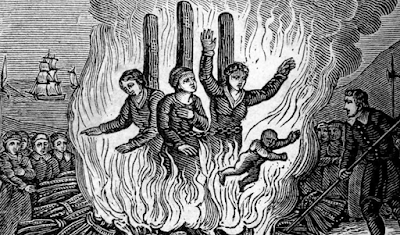 Imagine the most terrible horror movie about the worst America has ever had to offer and then watch the new sequel as it gets magically actualized before your eyes.

But I figure a President for life is not incomprehensible, a la Putin, Trump was murmering about giving himself another term.

Couple that with a SCOTUS poised to allow crooked state legislatures to rig maps and dilute minority voting and I could see them bringing the Orange one back for a swan song as dictator.

You think Clarence and Ginni would stop him? Highly doubtful. On another topic, I think that the words Supreme Court are a bit dated. Can we get a rebrand? How about the Grand Tribunal? Has a little more zip. We smite for the right. 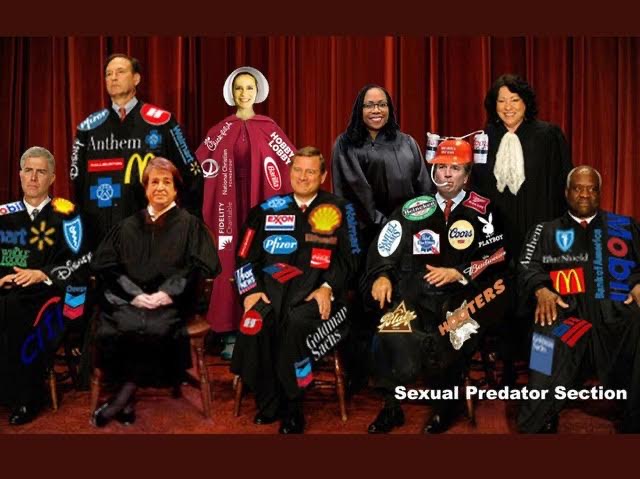 That picture of the Court would be hilarious if it wasn't so true. You've outdone yourself with that one.

Wish I could take credit but I purloined it off the net. Love the beer thing.