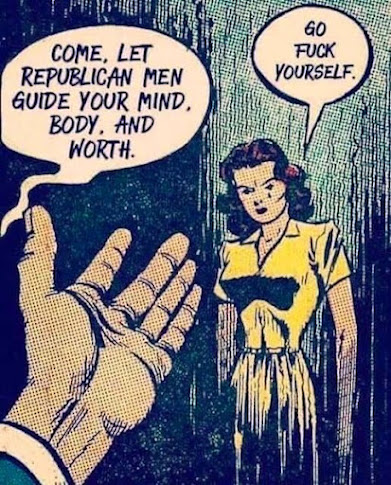 Mel sent the cartoon over. I forwarded it to a few friends and got this note back from J.

Here’s something to go with mansplaning.

Coverture. The word you probably don't know but should.

Coverture is a long-standing legal practice that is part of our colonial heritage. Though Spanish and French versions of coverture existed in the new world, United States coverture is based in English law. Coverture held that no female person had a legal identity. At birth, a female baby was covered by her father’s identity, and then, when she married, by her husband’s. The husband and wife became one–and that one was the husband. As a symbol of this subsuming of identity, women took the last names of their husbands. They were “feme coverts,” covered women. Because they did not legally exist, married women could not make contracts or be sued, so they could not own or work in businesses. Married women owned nothing, not even the clothes on their backs. They had no rights to their children, so that if a wife divorced or left a husband, she would not see her children again.
Married women had no rights to their bodies. That meant that not only would a husband have a claim to any wages generated by his wife’s labor or to the fruits of her body (her children), but he also had an absolute right to sexual access. Within marriage, a wife’s consent was implied, so under the law, all sex-related activity, including rape, was legitimate. His total mastery of this fellow human being stopped short, but just short, of death. Of course, a man wasn’t allowed to beat his wife to death, but he could beat her.
Now, the law doesn’t always reflect real life, and in truth, practice ensured that coverture on the ground was not as restrictive as the black-letter law indicated. Though a woman could own nothing, men who wanted to pass on their wealth through their daughters to grandchildren, devised ways to keep money and property out of the hands of sons-in-law. The demands of commerce also played their own parts. Though a woman could not make a contract, plenty of women did business and trade, either on their own, in a legal exception called “feme sole,” or for absent husbands. Wives often ran businesses alongside their mates, with the local community acting as monitors and enforcers. Finally, we must assume that though husbands had the right to marital relations at will, that there was a great deal of negotiation around sex.

Just wait until Alito and Clarence hear about this...

Is is okay for me to copy this on my Facebook page? Very informative!!!

absolutely and link if you wish.
https://www.blueheronblast.com/2022/07/coverture.html