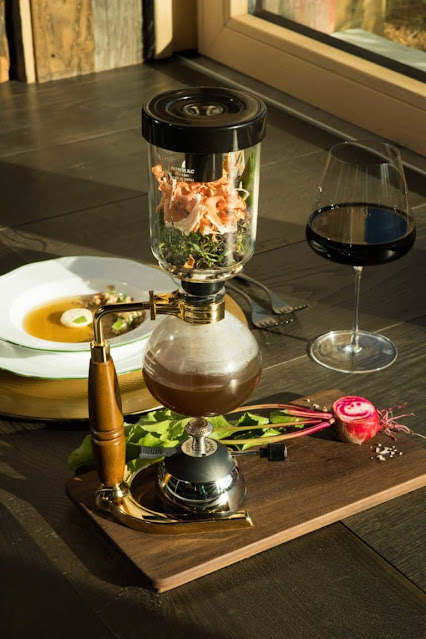 One of the more unusual dishes I have eaten of late was the bone marrow dish at the Cheyenne Restaurant at Brush Creek Ranch.
Definitely the most interesting contraption I have ever seen on a dinner table.

I was served a low bowl with a dollop of butter infused marrow in the middle of the dish and a parcel of farro placed to the side.

The machine you see pictured they called a Heisenberg. It is actually a gravity siphon.

A gas burner was placed under the broth. At a certain point the heated mixture rises up the tube into the top portion, which was filled with green herbs when I dined. 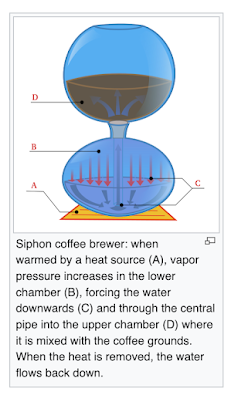 These herbs are then infused into the consommé. I believe that there are several coffee makers now being sold that work with this general principle, honestly, to mixed reviews.

Anyway, or so it was supposed to go conceptually. It took a manager, three different waiters and an equal number of propane units before our unit actually worked.

But hey, we are walking on the edge of new technology here, why should I get snitty?

They eventually poured the finished mixture over the marrow bowl.

It delivered a delicious marrow soup and I was absolutely delighted as I was with the rest of the meal. A lot of work, but the most concentrated and flavorful beef broth one could ever enjoy.

The Heisenberg contraption, which honestly resembled an old water pipe I built in chemistry class at boarding school, the one that got me expelled for a week, was cool but led to a new avenue of conversation.

I explained that the Heisenberg uncertainty principle stated that one could not know the exact speed and location of an object at the same time. Doug, A Phd. scientist, countered that to the contrary, it meant that to perceive an object was to infinitesimally change it, or something on that order. I had heard a similar description before and did not challenge the point.

There is nothing in this world I hate so much as being right but according to this definition, my friend was confusing the Heisenberg with the closely related Observer effect. Great friend bought me dinner, quite rude to argue with him.

The whole field of inquiry is interesting, although I can not think of much of a tangency with soup. This is from a letter from Wolfgang Pauli to Neils Bohr:

"Like the moon has a definite position" Einstein said to me last winter, "whether or not we look at the moon, the same must also hold for the atomic objects, as there is no sharp distinction possible between these and macroscopic objects. Observation cannot create an element of reality like a position, there must be something contained in the complete description of physical reality which corresponds to the possibility of observing a position, already before the observation has been actually made." I hope, that I quoted Einstein correctly; it is always difficult to quote somebody out of memory with whom one does not agree. It is precisely this kind of postulate which I call the ideal of the detached observer.

Anyway, Heisenberg be damned, maybe the reference came from a more mundane direction and not out of the quantum realm? 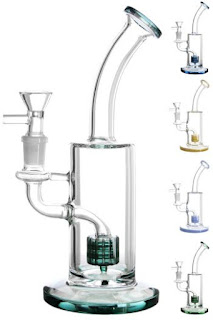 Well bingo, wouldn't you know it.
Heisenberg bongs, not named after the famous theoretical physicist at all, but instead for the main character in breaking bad, the so named chemistry teacher, well played by Bryan Cranston. Which happen to work with a gravity siphon. 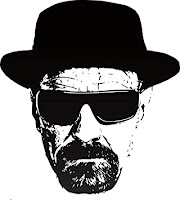