Save us from us 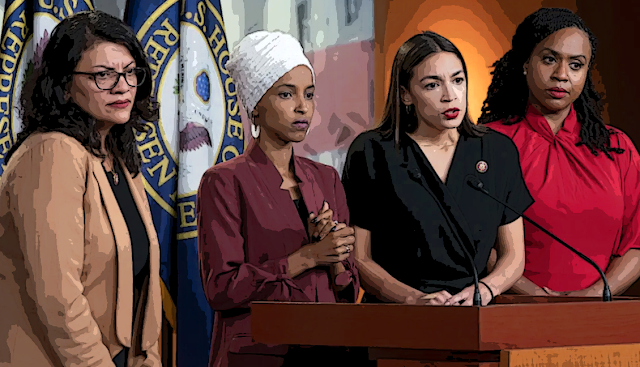 You might not believe me but as I have often said, the progressive wing of the Democratic party scares me almost as much as the extreme wing of the right. And this week, they both had the same message, time to pull the rug out from the Ukraine and negotiate with Russia. Sorry, you don't negotiate when a bully has a gun pointed at your head. And when the fringe wings start sounding alike, sanity is found in the middle.

God forbid the progressives are ever running the show. AOC went on an ageist and classist rap yesterday that I personally found distasteful.

There is a reason we put the adults in charge, Alexandria. They have been around the block once or twice and seen what happens when untethered idealists run the show. Look to Lenin or Maduro. Hope you all grow up soon. And remember, it's what you learn after you know it all that counts.

Well it just may be that the moderate Dems. will go down with these bozos. Each progressive is an albatross around the neck of the moderates. The pundits tell us the Dems. are in bad shape and I fear they are right. The big pandemic cash give aways made progressive hearts sing but now the same cash give aways are being blamed for inflation. For sure they contributed and for sure they are a giant zit on the Dem. noses.

The only realistic hope for this election cycle is that the polls are wrong and the vote fairy will cause a miracle. Myself, I am just settling in for a long conservative era.

The Progressive caucus took back their Ukraine letter.

True, but why put it out in the first place?

Well, perhaps they put it out to resurrect Chamberlain.

From what Jayapal said, that statement was written a few months ago pending some possible release later. She said that some staff person released it and was not supposed to.

I said “probably”…. I will believe them until it is proven it is not true… I take people at their word until proven otherwise…

You take Trump and Putin at their word too, Mike? Spitzer, Cuomo?

Several of them are proven liars… caught red handed over and over!

all politicians lie, Mike, it is the nature of the beast.

I am not as cynical as you are….