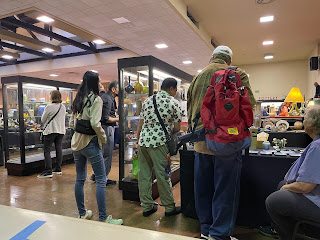 I helped a friend set up at the Los Angeles Pottery Show in Glendale this weekend. I owed him a favor and had actually never visited the show before. Had a lot of friends there.

It was interesting to be a spectator at a show instead of having my own skin in the game. And it gave me an opportunity to go out with my pals to my favorite Mexican restaurant in Montrose, La Cabanita. 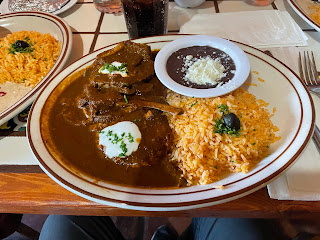 I had the chuletas, pork chops and sour cream in a spicy pasilla chile sauce. delicious as always.

As I have said before, La Cabanita features the fine food of Mexico City, things you never see normally. My friend Chris had the chile nogada, with pine nuts, raisins and sprinkled with fresh pomegranate.

Thought I took a picture but I guess I didn't. It was beautiful, a great meal with lots of laughs. 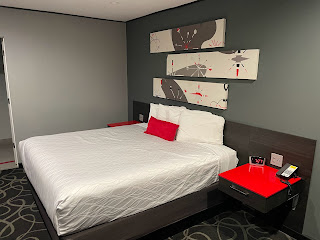 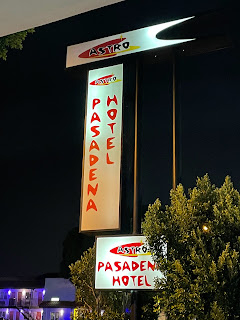 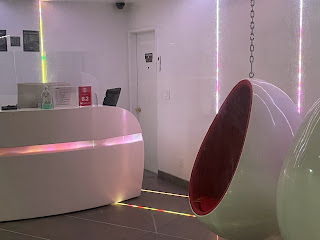 Ran into a rainstorm in Wildomar on my way home on Sunday. Unfortunately, Fallbrook never got  it. 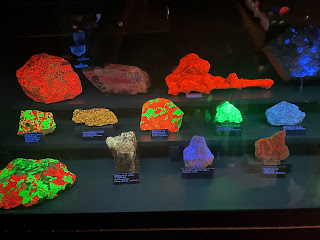 Yesterday we visited the Gem and Mineral Faire in Fallbrook. Leslie loves minerals. 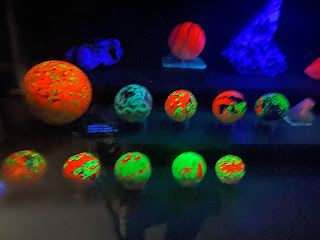 They have a black light room at the museum where you can see the rocks fluoresce under ultra violet light.