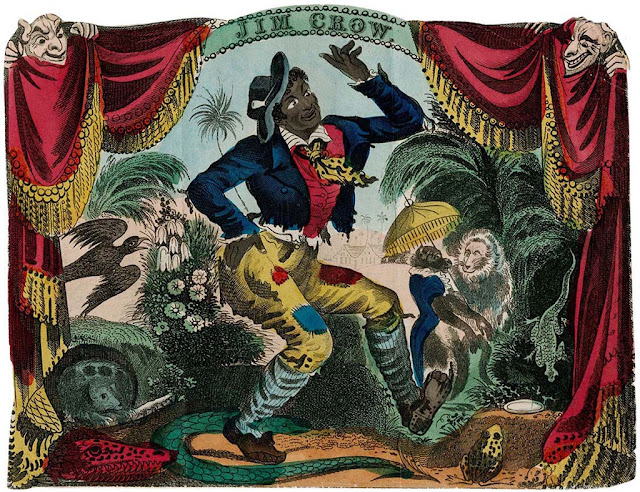 Atwater: As to the whole Southern strategy that Harry S. Dent, Sr. and others put together in 1968, opposition to the Voting Rights Act would have been a central part of keeping the South. Now you don't have to do that. All that you need to do to keep the South is for Reagan to run in place on the issues that he's campaigned on since 1964, and that's fiscal conservatism, balancing the budget, cut taxes, you know, the whole cluster.

Atwater: Y'all don't quote me on this. You start out in 1954 by saying, "Nigger, nigger, nigger". By 1968 you can't say "nigger"—that hurts you. Backfires. So you say stuff like forced busing, states' rights and all that stuff. You're getting so abstract now [that] you're talking about cutting taxes, and all these things you're talking about are totally economic things and a byproduct of them is [that] blacks get hurt worse than whites. And subconsciously maybe that is part of it. I'm not saying that. But I'm saying that if it is getting that abstract, and that coded, that we are doing away with the racial problem one way or the other. You follow me—because obviously sitting around saying, "We want to cut this", is much more abstract than even the busing thing, and a hell of a lot more abstract than "Nigger, nigger". So, any way you look at it, race is coming on the back-burner. 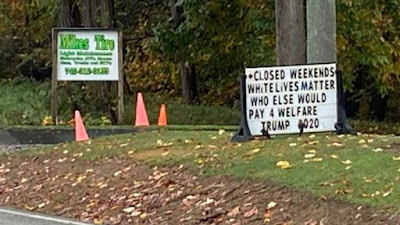 One of the rarest things you will find in this world is a person who admits to being a racist.

People can fly a KKK flag in their window facing their black neighbor, belittle the death of a black person, sport a nifty Hitler mustache and engage in all sorts of other nefarious and violent activities against someone specifically because of their race and they will still tell you that they are not racists.

It is a very peculiar thing. Now all people certainly have some innate racist tendencies, people of all races and creeds. But there is a difference in having a racially colored worldview and acting out in a racist fashion. A big difference. And polling shows a big difference in how whites and blacks view the existence of systemic racism in our society. Here's another good article on the subject.

PRRI also asked respondents whether they believed that, “It always makes the country better when all Americans speak up and protest unfair treatment by government.” Then, it asked the same question, but substituted “Black Americans” for “all Americans.” Democrats made no distinction between the two questions: 71 percent answered Yes to both. Among Republicans, however, 49 percent believed it made the country better when all Americans spoke up and protested unfair governmental treatment, but just 24 percent believed it when Black Americans spoke up and protested. Among Republicans whose most trusted news source is Fox News, the gap was 47 percent Yes for all Americans, and a bare 10 percent for Blacks.

There is a problem for Republicans in this country. The demographics are against them. They have lost the popular Presidential vote in six out of the last seven elections. They have now lost Virginia and Senatorial races in Georgia and Democrats are making significant inroads in the south. Texas might be next. The GOP is plainly worried. So far this year Republican lawmakers in more than 40 states have introduced more than 250 bills to restrict voting. 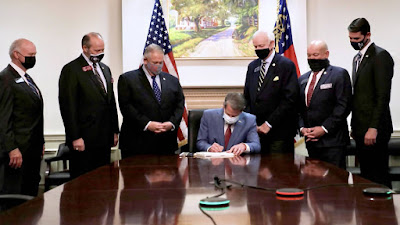 So we now have new restrictions being enacted all over the country to combat a voter fraud problem that plainly does not exist but the laws will be passed anyway because people are worried they exist. So let's take Georgia. What are they doing? No early Sunday voting. Why, you might ask? Because black people tend to vote on Sunday. Blacks tend to follow their ministers as community leaders in the south and there has been a great movement in recent years to bus people from the pews to the polls.

The "Souls to the Polls" tradition was launched in 1998 by McDonald, the Atlanta pastor, and a group of fellow church leaders. Members of the group had traveled to South Africa to witness the nation's first free elections and were inspired by the variety of early voting options offered there. They came up with the slogan over dinner at a Washington hotel.
McDonald says that by targeting "Souls to the Polls," Georgia Republicans didn't even try to disguise their hostility toward Black voters.
"They know it's being perceived as racist, but they are so racist that they don't care," says McDonald, senior pastor of the First Iconium Baptist Church in Atlanta. 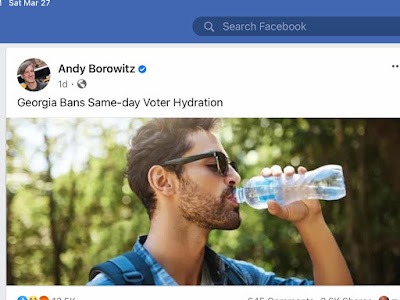 And we won't let anybody bring people food or water while they are in line. Because you know those people can be bought off for a bottle of dasani and a bag of doritos.

State Rep. James Burchett, a Waycross Republican who represents District 176, joined Kemp in urging people to read the new law before criticizing it. He particularly defended the provision that bans private groups from providing water or food to people in line to vote.

“We don’t want people to be able to have any type of persuasion on folks who are voting. That’s the whole protection of the people in line,” Burchett said.

This is the subtle, dog whistle, bless your heart racism that the south is so famous for. But you have to read between the lines.
Chris Wallace hammered Lindsey Graham on Fox News Sunday on these points.
“It would limit the number and location of drop boxes. It allows counties to cut off early voting at 5:00 p.m. before a lot of working people get off and could go vote, and this is the one that I think is creating the biggest fuss, it prohibits—it makes it a crime—to give food or drink to voters waiting in line,” the Fox News Sunday moderator noted.“Senator, why on earth, if Americans are willing to wait hours to vote, would you make it a crime for people to come and give them a bottle of water?” Wallace added. “Well, all I can say is that doesn’t make a whole lot of sense to me, I agree with you there,” Graham conceded, before pivoting back to complaining about HR 1 and expanded mail-in voting.
Why does the GOP want to make it so hard for people to vote? What is the real reason? Kobach and Hans Spakovsky spent the entire Trump term trying to find voter fraud. They couldn't. They found one Republican lady in Iowa who voted twice for Trump and plead guilty.
Your unproven fears do not trump reality as we know it. I believe that people will remember these infamous laws to restrict voter participation and I for one hope that the payback is a bitch. Brian Kemp says that there are no racist components in these bills. But there is a problem, the black citizens of your state that will be disproportionally affected by them believe that they do pose a problem. But you know how those people are...
Posted by Blue Heron at 12:35 PM