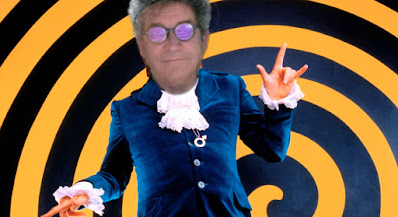 I have been missing my mojo of late. I was so focused on the virtual shows and when they were over I thought I would just jump into the new thing with both feet but, sadly, all the air had escaped from the balloon.

Like Austin Powers I have been trying to sneak up on myself and get my energy back but so far it has been a struggle staying productive and on track.

The new auction leads to so many unanswered questions that I can't resolve, I am close to calling New York and have someone lead me by the hand.

Anyway to fill in time, I have been cleaning my office a bit. I have found things that have been missing for years if not decades. Some very cool stuff, sitting in the wrong pile all this time. And one of the things that I found, which I had forgotten I had, was this old postcard from the De Luz post office, the smallest post office in the world. 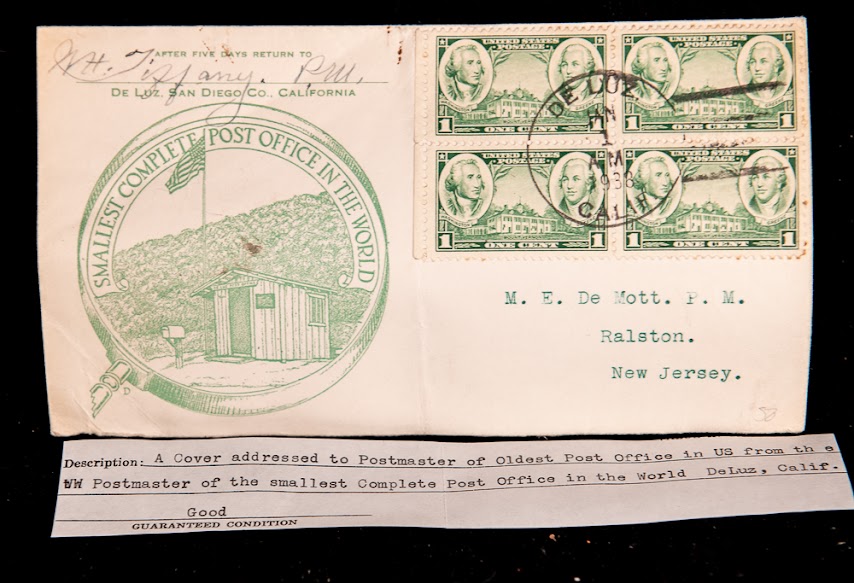 From W.H. Tiffany, the Postmaster in 1938 to M.E. De Mott, the postmaster from Ralston, New Jersey.

How cool is that?

The Ralston Post office was located in what is now the city of Mendham, in an old general store from 1892 to 1941. The building was originally built by John Ralston in 1786.

It got me to thinking that I haven't driven out to De Luz in a while, so I did this morning after I had completed my chores at home and at work.

Got a covid shot two nights ago and it is aching and I am not sleeping well. My good friend Doug Clements kept unintentionally whacking me on the arm yesterday, at the worst possible spot and it didn't help things. 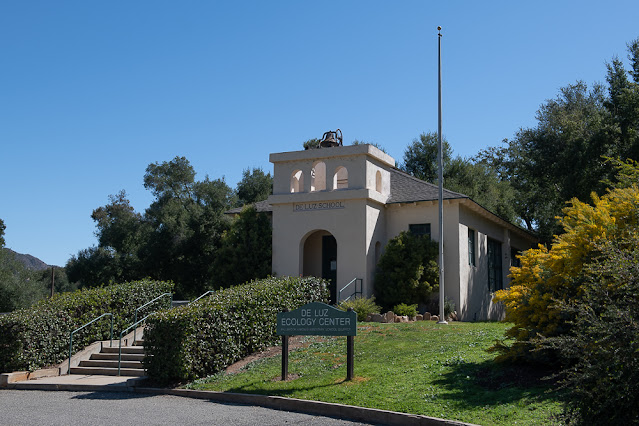 So beautiful out there. I visited the school next door, which opened in 1925 and operated until 1968. A one room schoolhouse, De Luz being the most rural part of Fallbrook and the site of our first town center near the railroad station. 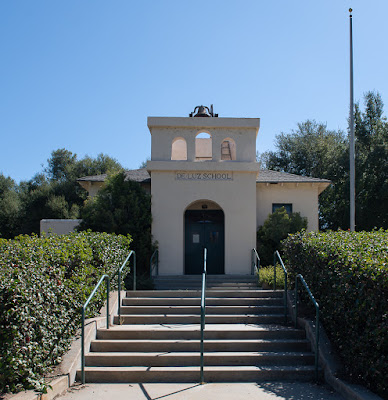 I realize that it is not everybody's taste but I love the old Spanish revival architecture from the twenties better than anything. Note the old school bell up top. Bet you could hear that for miles.
Here is an article that mentions that at one point in time, the De Luz post office was referred to as the "piggly wiggly" post office. It fleshes out a bit of its history. 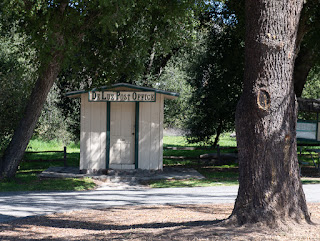 The Post Office itself can't be more than 8 x 8'. Has drawers in the side where people can get their mail. Or could I should say, don't believe that it is any longer operational and has not been since 1938 when this postcard was sent. 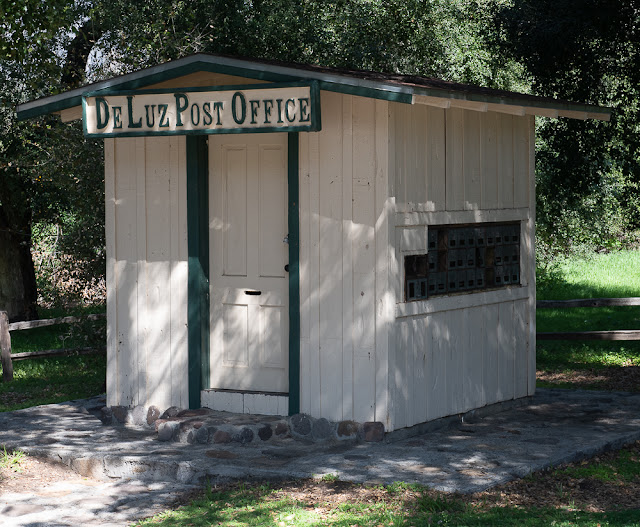 So nice to be out there in the old oaks and fresh air.
*

The stuff you are finding hasn't really been missing :-) Nice story about the DeLuz PO and the card.