I went out to San Jacinto yesterday to clear my head.

Hadn't been out birding in months. Birds were a little scarce, it was surprising.

A few harriers, not many other of the usual raptors. Less water than usual, I guess we are at half of the customary rainfall totals.

I think agriculture is always fighting for more out there and the ponds and birds get short shrift when the money starts talking.

But the place was still green and there were a couple nice things flying around and I was content to just park my car out there and watch the show. 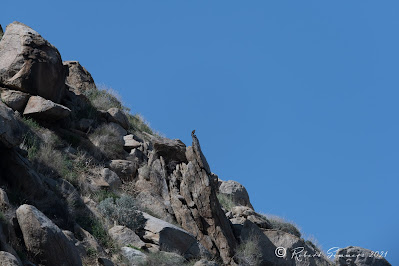 When I first drove in I saw a raptor perched high on a far rock. I figured it was the peregrine falcon but I could not tell with the 400mm.

Could have put the extender on I suppose but I figured I was still so far away it didn't matter. 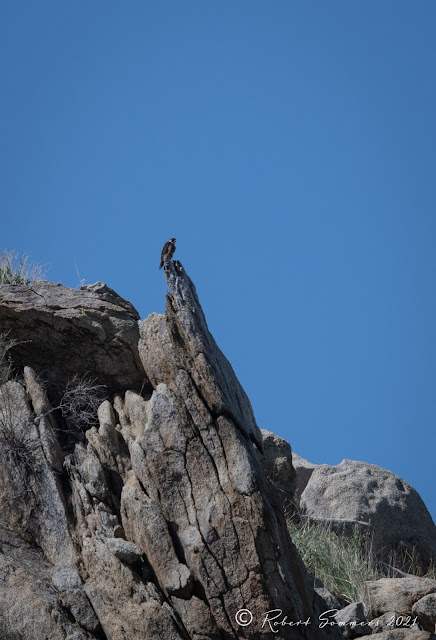 I was right, on closer inspection.

My late friend Les loved falcons as I do. I believe that he was a falconer in his younger days. 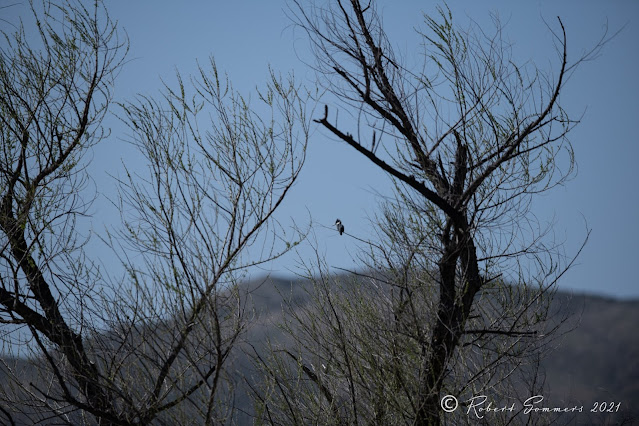 Rest of the day was rather perfunctory. Saw a belted kingfisher from afar. My eagle eye is still working, thankfully. 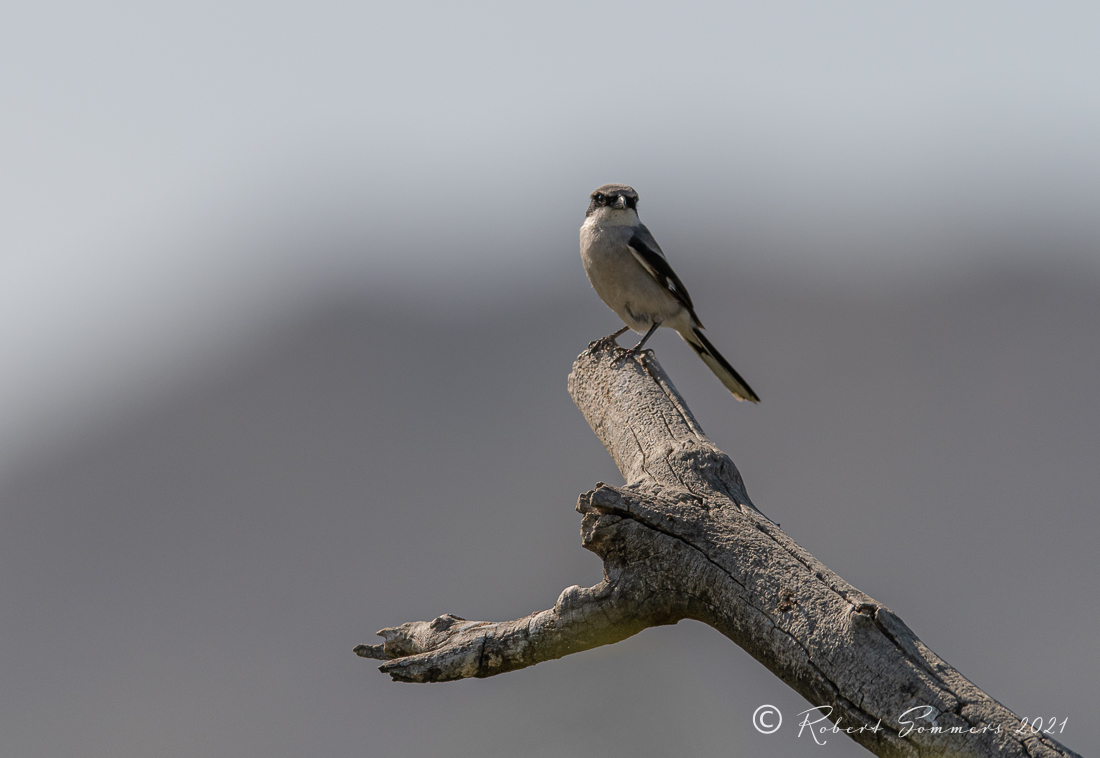 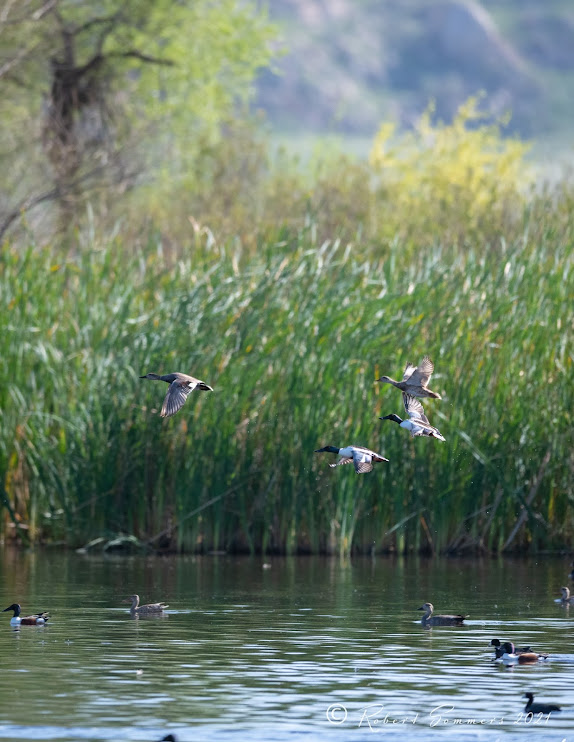 Lots of coots, mallards and shovelers of course. Saw and scared away a bufflehead before I could get a decent picture. 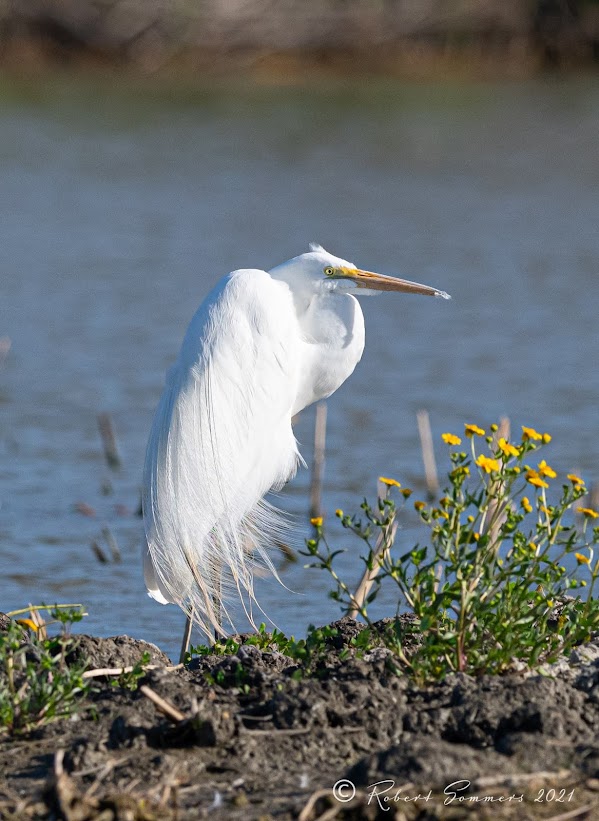 I took my customary hike with the long lens in tow. I haven't been feeling so swell and was up early yesterday on an auction webinar so it taxed the limits of my endurance. About 82°, not terrible. Didn't die. 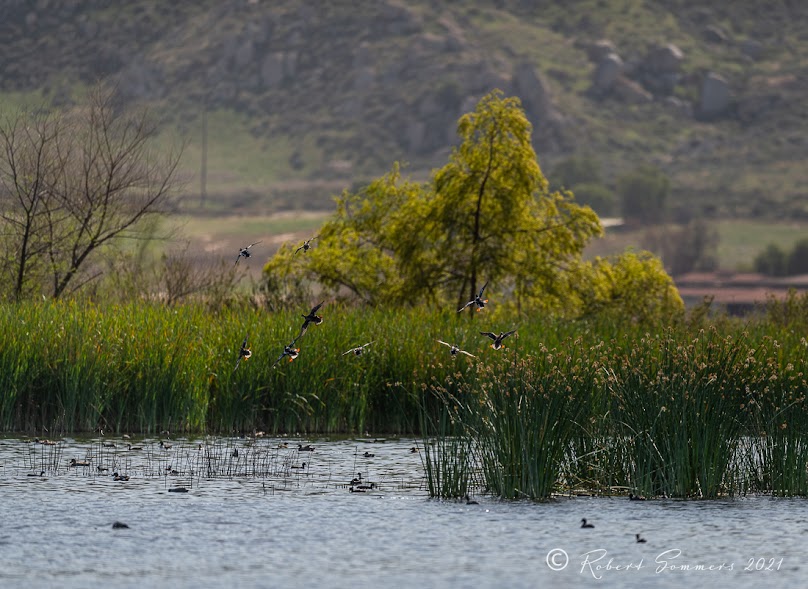 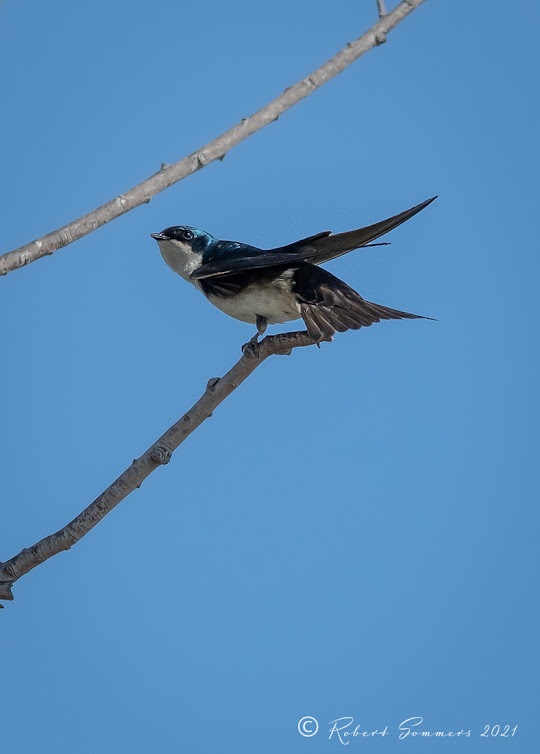 Saw my favorite tree swallows on their customary branches. 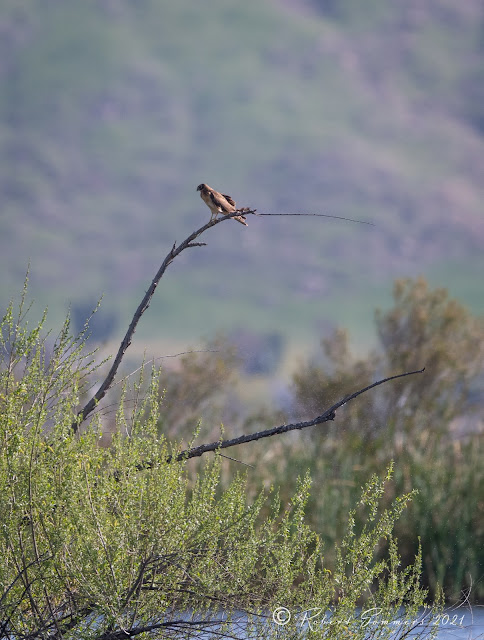 And a female harrier perched on a branch as well. 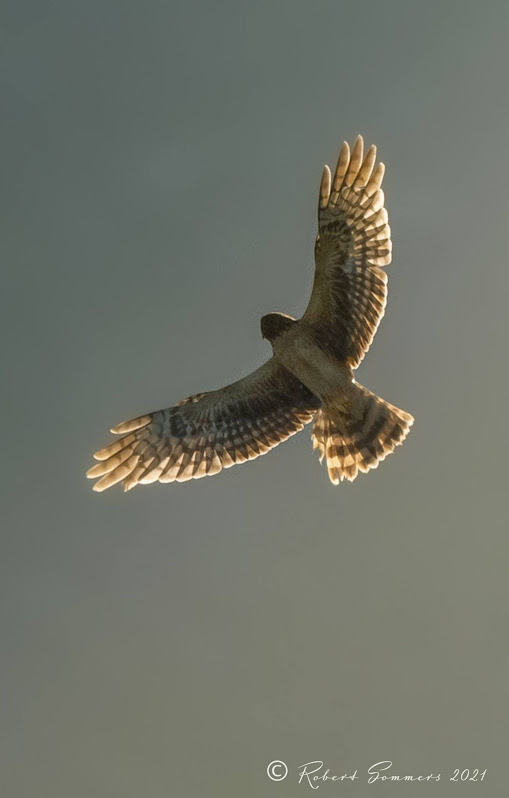 All good, no serious complaints. Camera working good, body holding out.
Not a lot else to report. I saw a merlin, a rarity for me. Some other stuff. 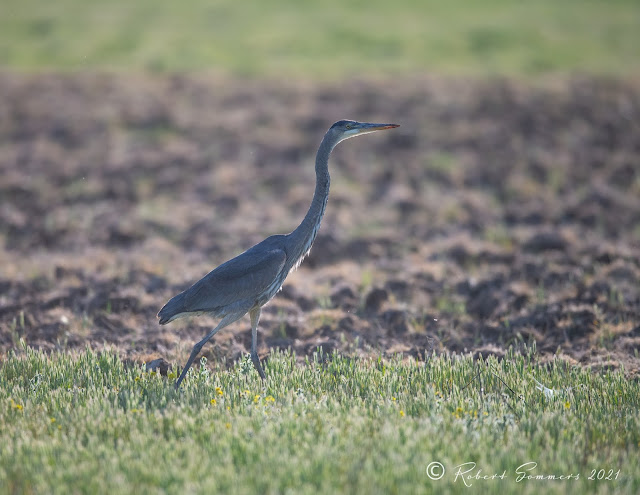 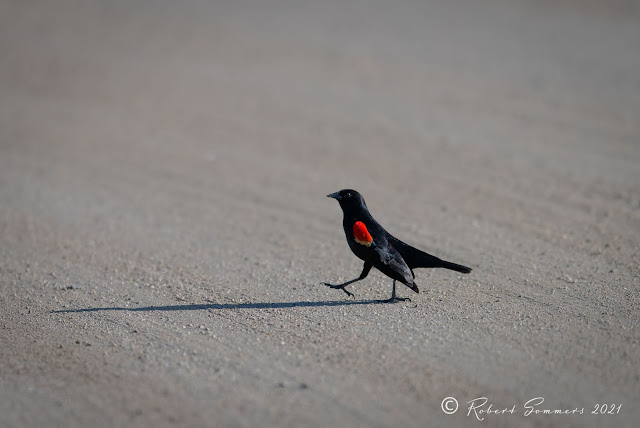 A red winged blackbird crossing the road. Please don't ask me why. 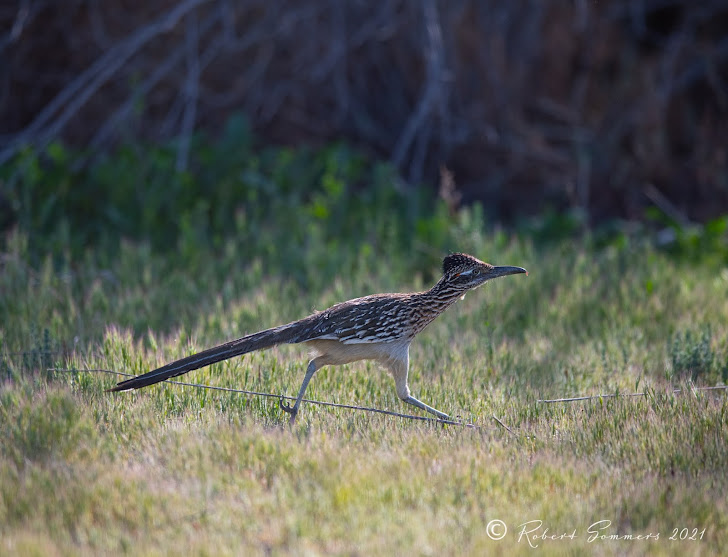 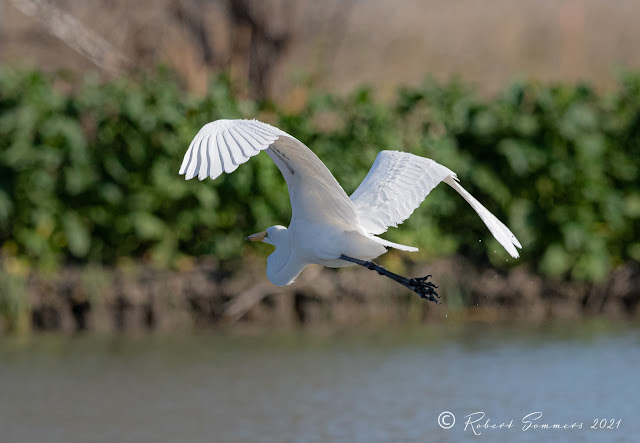 Pickings being so slim, I decided to pack it up early and go home for leftover pizza. Leslie went to Dallas last week and the boys at the Bronx gave her a free pie on our way home from the airport the other night!
On the way home I stopped off at the sycamore and saw out mother sitting in the nest. Decided to take a shot in the evening light. Should not be long now... 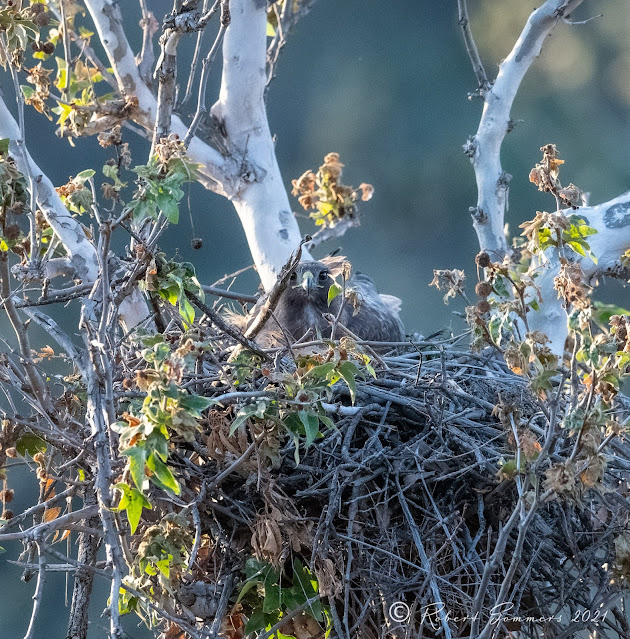 That shot you took of the roadrunner is in the same frame of motion in stride with the statue that your friend Les made. I think Les was walking with you.

I thought about that. Good call.