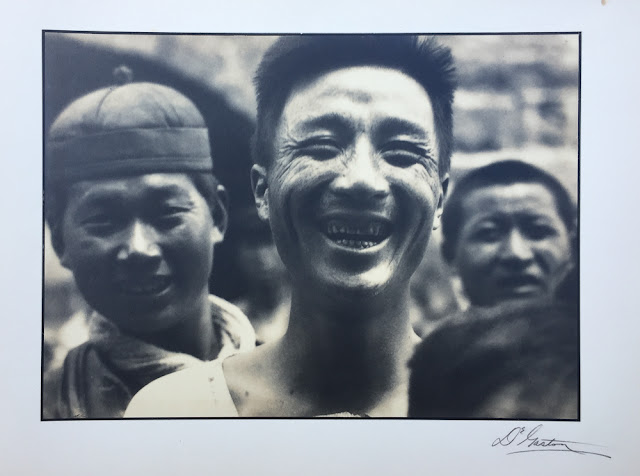 I have written about a lot of curious things on this blog, by the way, this is the 10,150th post I have written in the past fourteen years, not to mention the many that got deleted along the way. Perhaps no post has been as unusual and mysterious as the whodunit story of Paul De Gaston, or should I say, both of the men who went by that particular name, both using an assumed name.

One was an artist and abortionist, a Nazi spy hooked up to the Black Dahlia murders, the other a photographer who apparently lived a life that some would say was equally sordid. Both men were artists who spent substantial time in China in the beginning of the twentieth century.

There were so many coincidences and so much intrigue to the story that for a very long time I thought we were talking about the very same man.

I ask you all to do a little review. This material may be new and intriguing to some of you.

There were a few more posts regarding the subject and one which I significantly redacted after a physical visit from family members from the north who were unhappy that personal and rather nefarious information about their late family member was being disclosed online.

If you have read these stories and are still confused, you are not alone. I wrote them and it is all still very convoluted for me. A better writer than me could write a decent book on the subject, I am sure.

I received a letter from a woman in Australia two days ago, Di.

Hello thereI came across a folder of 25 mounted sepia photographs in a cupboardafter my husband passed away. They are beautiful, Asian in subjectmainly people, bridges and boats, and signed 'de Gaston'. They wereprobably a gift decades ago when he was doing business in Hong Kongbefore I met him.I'm contacting you because I'm not sure what to do with them - whetherthey are valuable in some sense and should be preserved in a gallery,or if they are beautiful but fairly ordinary and it's ok for me toframe and hang some.I would be very grateful for your opinion, and look forward to hearingfrom you.

I wrote the nice lady back and asked her if I could see the work. I guess that by literary and academic default I have become the repository for all things relating to this subject, all matters De Gaston. It is assuredly the work of Paul Percy DeGaston, from his time in Shanghai, I assume.

The work is wonderful from a photographic, historic and artistic standpoint. Hits the mark on every point. I appreciate Di allowing me to post it here as I think it is fitting since we have spent so much time trying to complete the puzzle. I did not answer her question about value but would think it perfectly acceptable to hang them and enjoy them. That is what photographs are for, not hiding away in a box or on a drive somewhere, unseen.

She took these photos with her iPhone. I have not attempted to process or alter them in any way. Not sure what will happen to them ultimately but am happy to share them with you here, now. 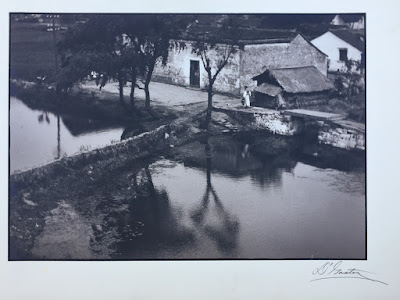 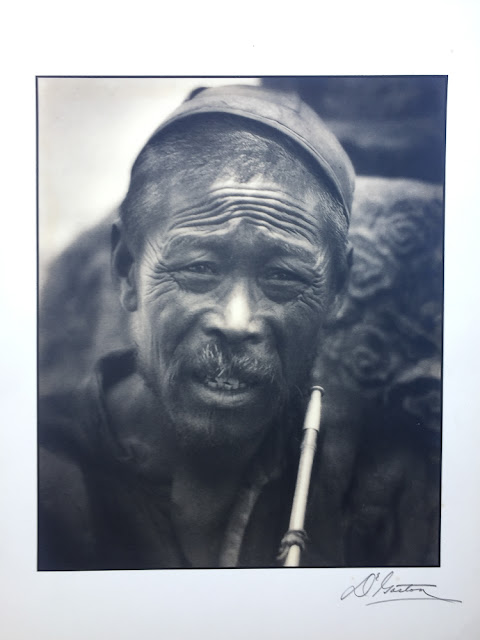 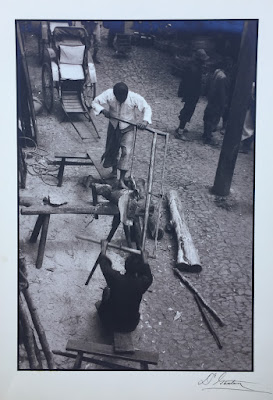 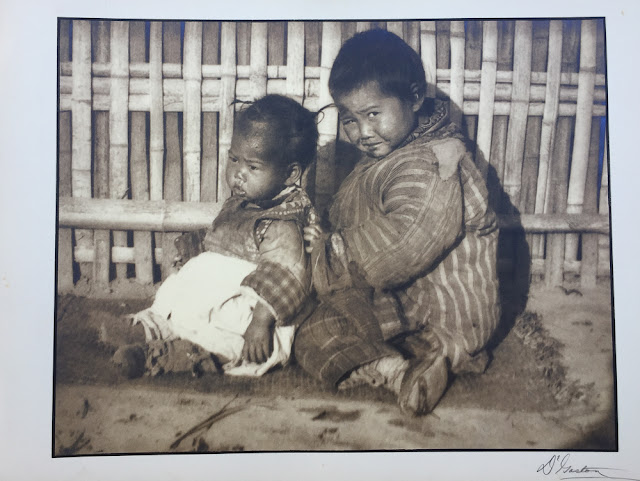 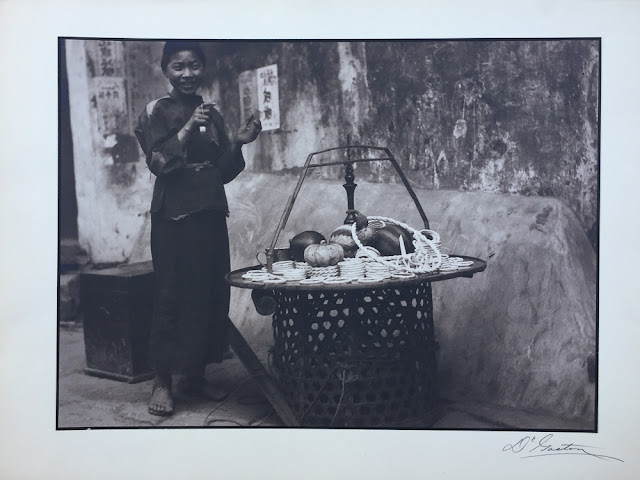 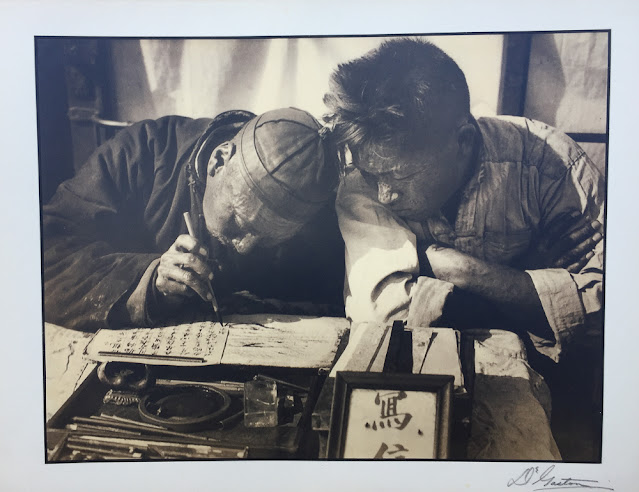 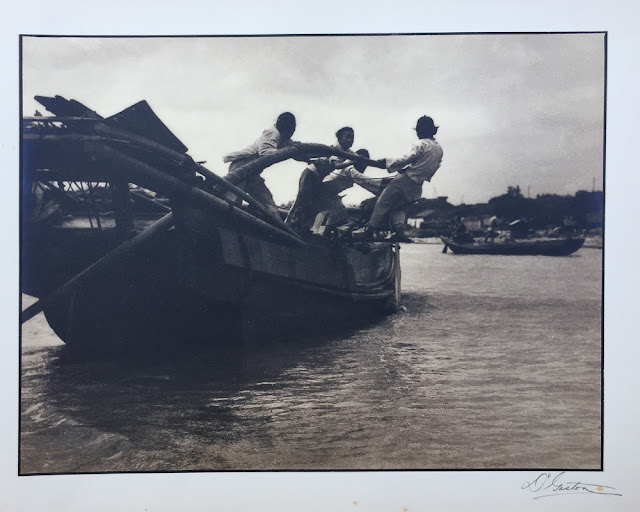 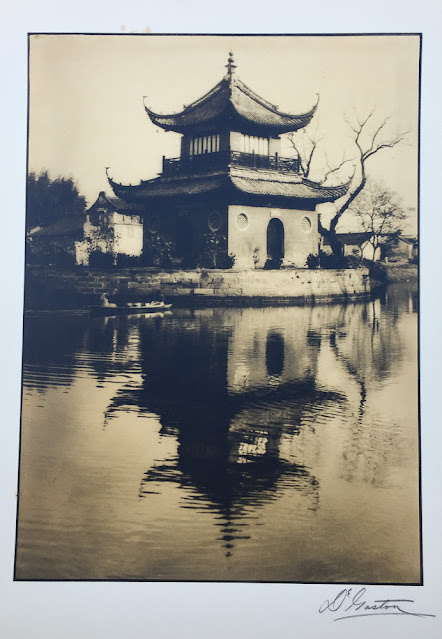 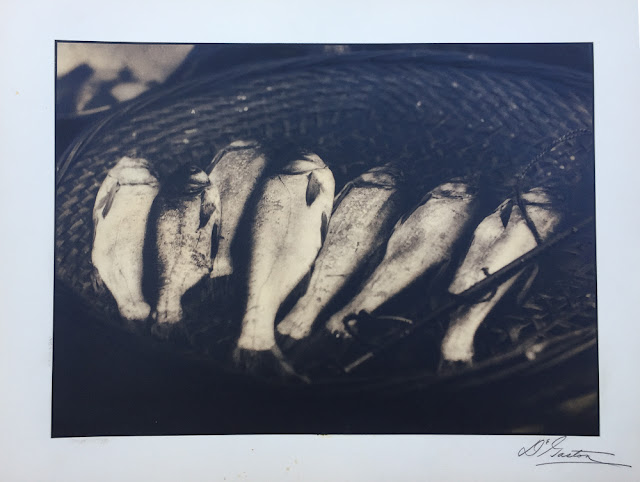 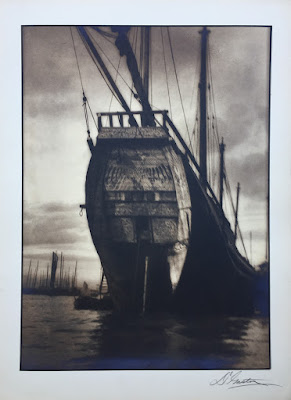 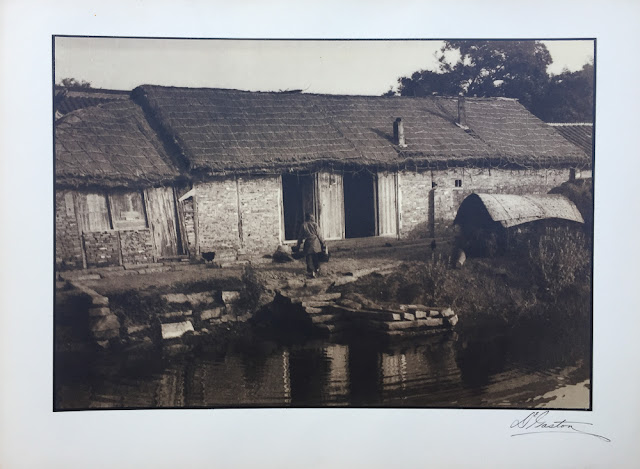 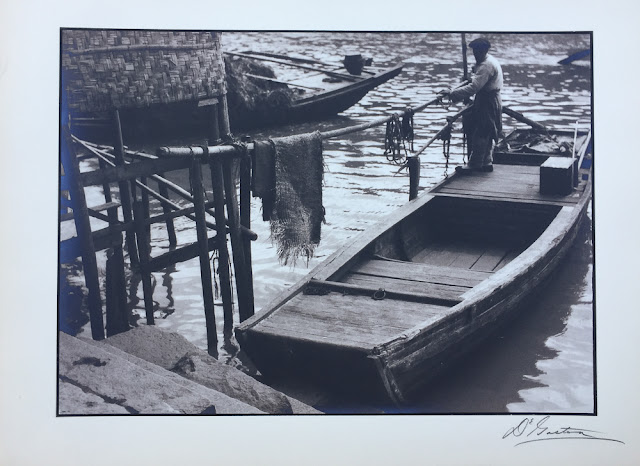 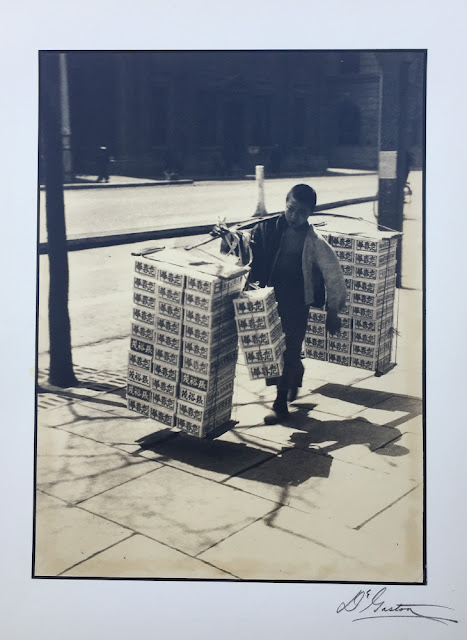 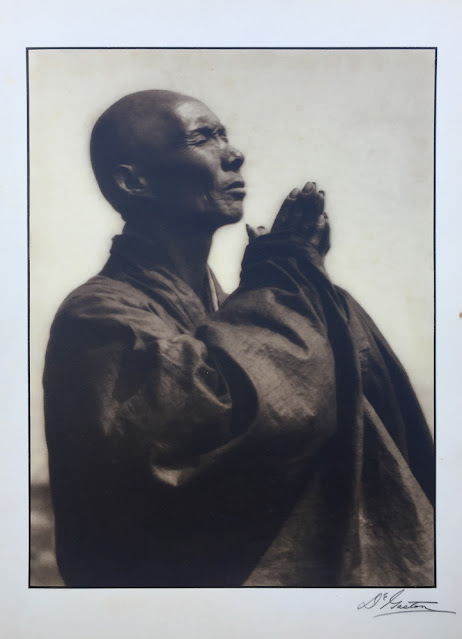 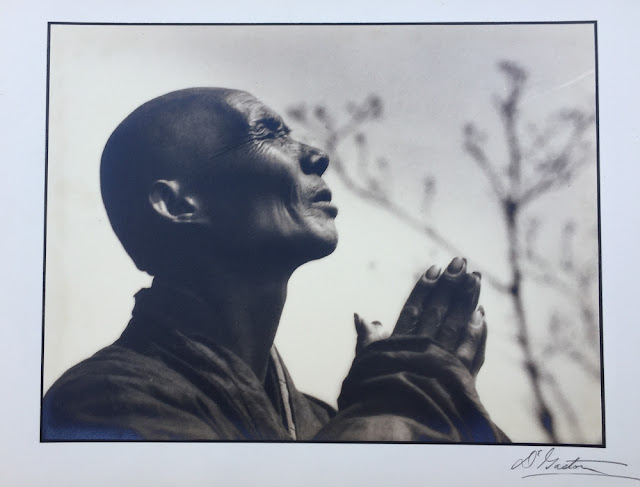 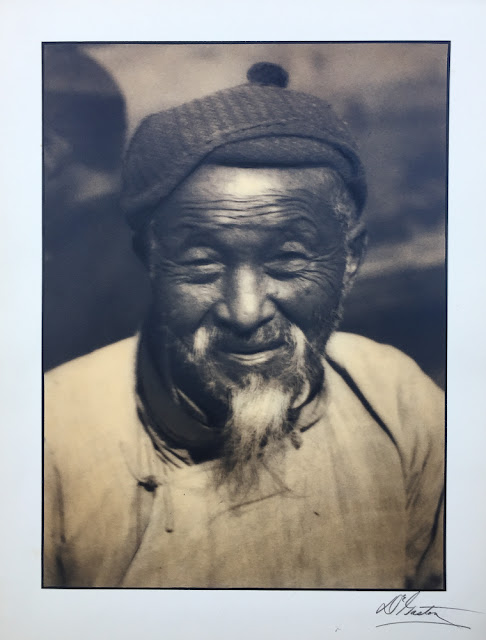 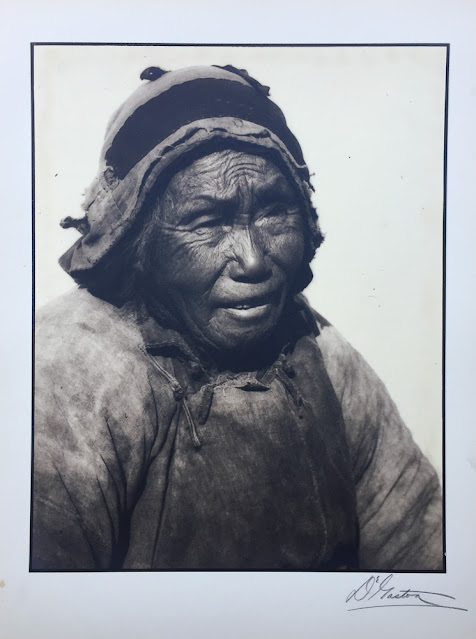 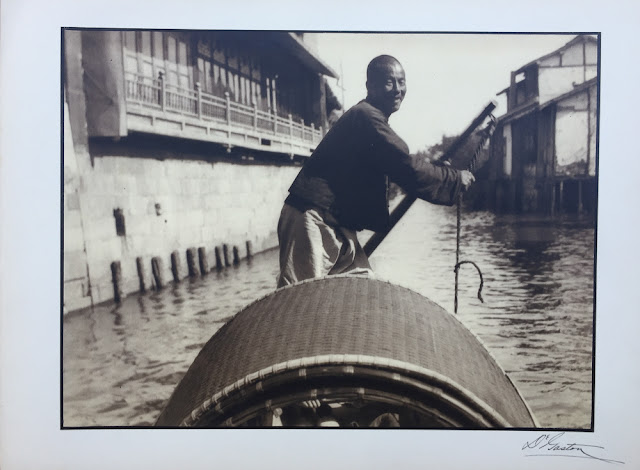 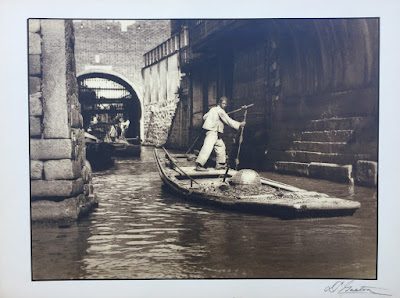 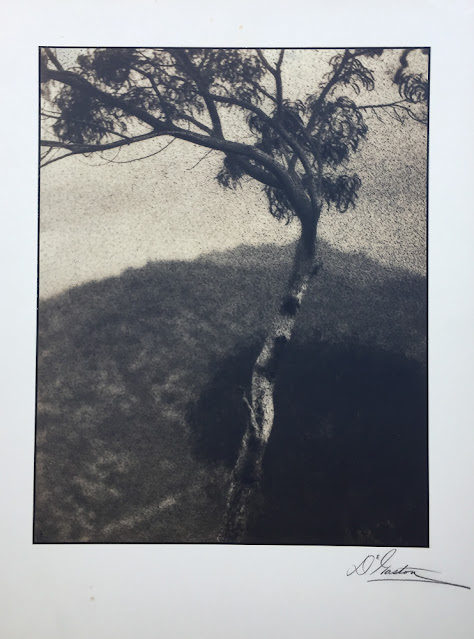 It is interesting to me that the other De Gaston did head studies in China that so closely resemble these photographs... But I can't keep thinking like that. It is two men, right? 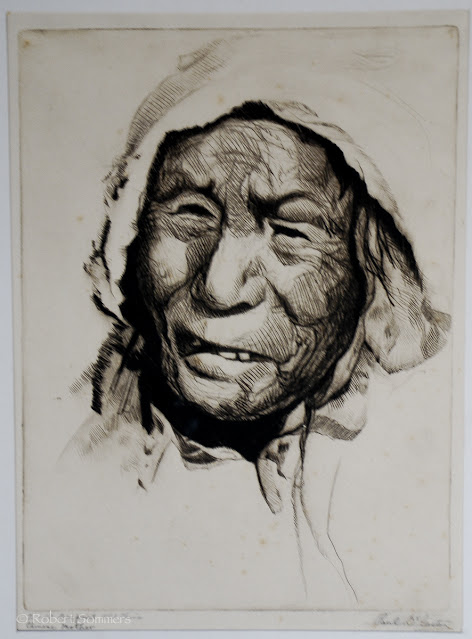 Thanks, interesting and excellent photos from China.

Compare the signatures, they seem to be a pretty close match.

The'crosses'on the T's overlap the O's and N's on the drawing's signature just like the signatures on the photograph mats.

Also the stylized Gs look similar (though I can't see the'G'very well on the drawing).

The drawing looks familiar, it's done in a style similar to a well known artist that I can't place right now. It's very good no matter what.

Just looking at your website again... surely the etching 'Sun Worshipper' is the same man as in one of my photos? I have goosebumps..