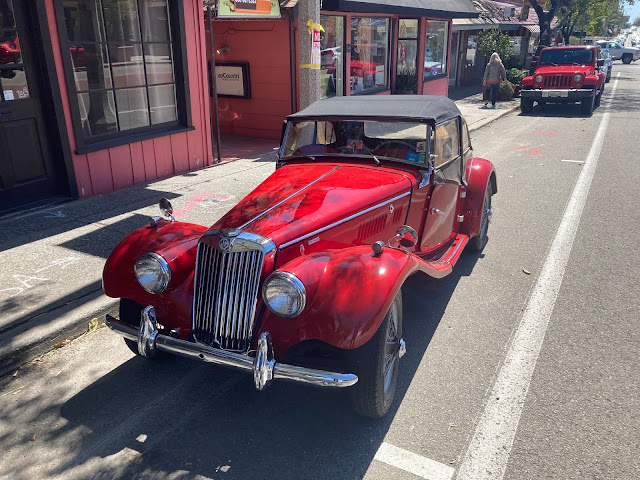 My Dad loved old cars, specifically antique British cars. He had a stable of Jaguars, Bentleys, Rolls Royces and a beautiful Aston Martin convertible DB-5 that I seriously wish I owned today. Took and passed my driving test in his Jaguar V-12 E -type. Thing was a rocket.

He hired a British mechanic named Ray away from Garton Motors and set up a personal garage for his cars on Escondido Blvd. Pop had a lot of money back then.

Although I helped him some with his thirties era Bentleys, I only fully restored one car with him, this one. 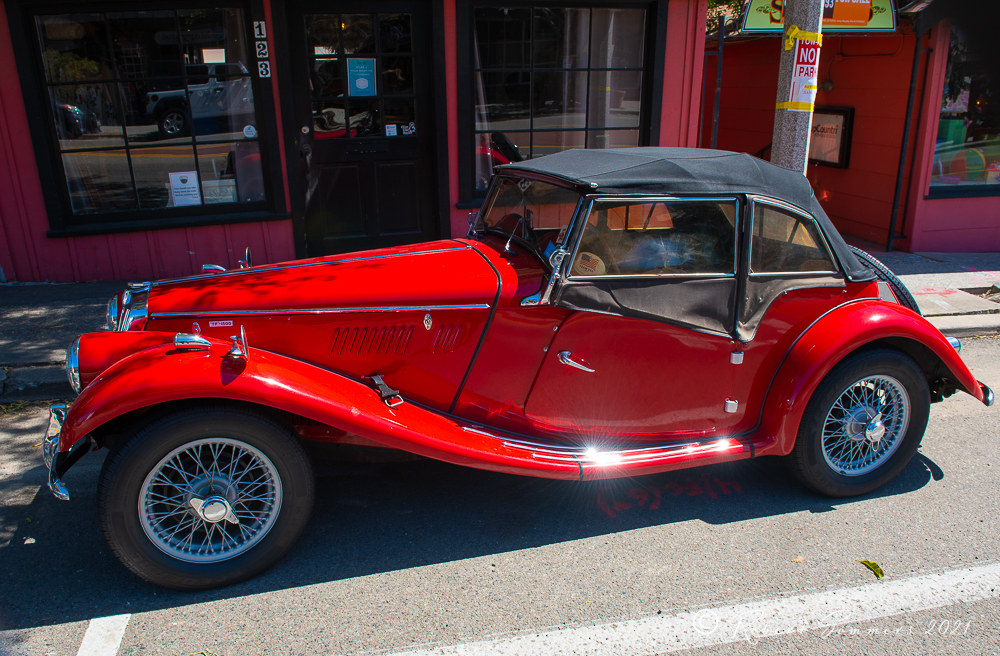 It is a 1954 MG TF 1500.
We redid everything on this car, together. Down to the harness. Chrome, paint, upholstery, you name it. Ground up.
I ended up driving it to work for a year or two. I was seventeen or eighteen. People wanted to race me but the thing was a turtle, only looked fast. 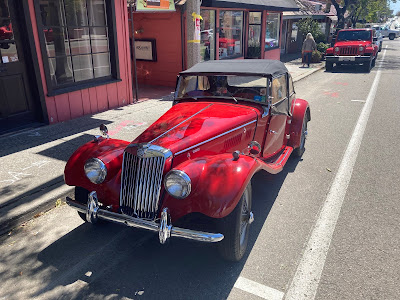 My late father ended up giving the car to my sister. She and her husband drove it for the last forty years. I was shocked last month when she asked me if I still wanted it? Apparently they are ready to move on.
Of course I did. I told her to ship it and send me the bill. Sort of forgot about it, figuring it might not happen, might just be talk.
I got a call at 10:30 this morning. The car movers had made it out from Florida in three days, would I be there at noon with a check?
You bet. 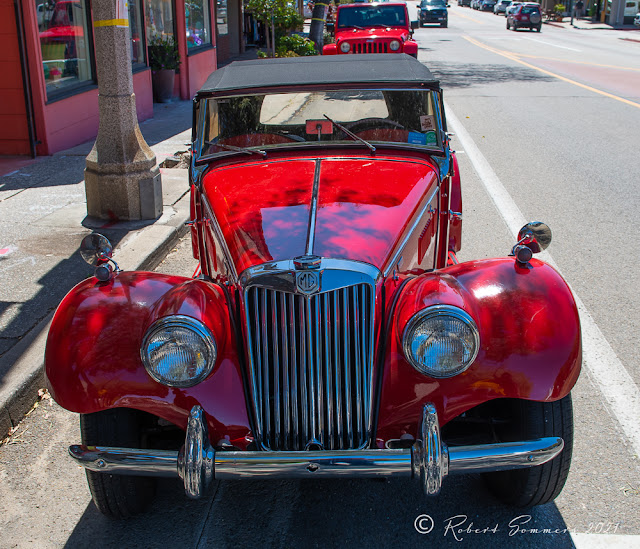 The covered carrier showed up at the appointed hour. You can tell that they have babied the car. I managed to fit my twice as big a body into the car and took it for a spin up Alvarado, found the gears again.
Unfortunately I don't have a garage to fit it in. Costco apparently has stopped selling its car canopies but other companies sell them and we will get one in short order. Thankfully she sent the cover.
I drove it home and stuck it in the carport, which Leslie somewhat reluctantly gave up. Drove great on the mountain roads surprisingly. Pried myself out of the car.
Should be fun. It is still a beauty. Thanks, Barbara! 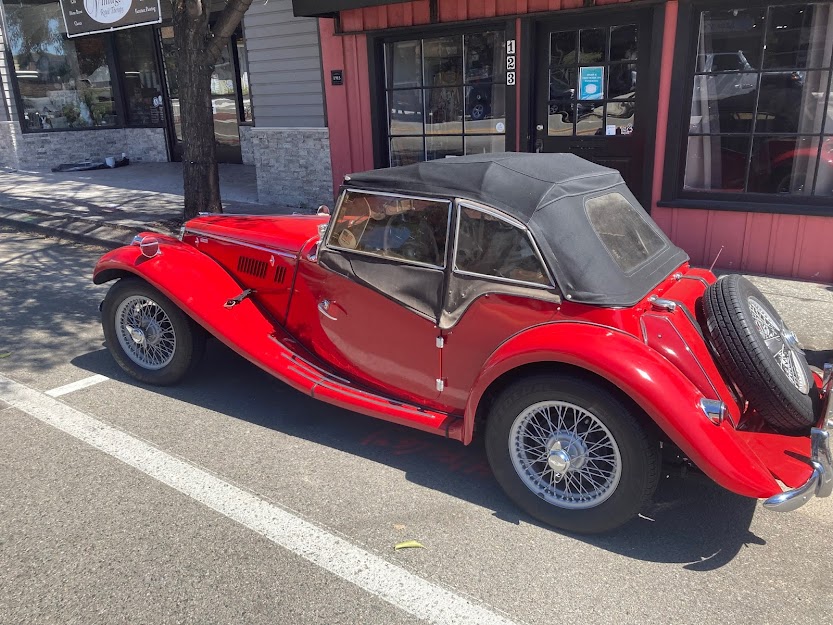 One of my all-time fav's - never owned one though, nor a Jag either - settled for a TR2 and later a '65 Corvair Monza coupe (the name of which I've forgotten - the one with 4 single-barrels). Poor man's Porsche, that one.

That's a great story! It's nice you are reunited with your car.

Had red 57 MGA BLEW IT UP TWICE DOING 60 MPH1 I COULD NOT AFFORD AN ASTON MARTIN.

FANTASTIC! A treasure of a car especially as the memories are so dear! Wait till you have to clean those wire wheels! I had an old MGB and my brother made me hand clean the wire wheels while he tuned her up. Enjoy the ride down memory lane!

Congratulations, Robert! She's a beauty! Can't wait to see you cruising around town...or take her for a spin to come visit us!

How cool is that?

Should cement your bonafides forever as a classic car competition judge. OG indeed!

Nice wheels Robert! That's amazing for you to have it return into your life. Jerry

I am so happy for you. And happy that Barb did such a great thing

A lot like Peter Frampton and his long lost guitar. Only it’s you, and a car. Absolutely beautiful…