I have come to the sudden conclusion that the digital revolution will have to continue on its ascending trajectory without my presence in tow.

I have a friend who has been cajoling me for months about the possibility of my cashing in bigly on my gigantic digital library. "Hot damn," I thought. "I am in."

So today was to be the day where I would upload a few choice images and the heavens would part, punctuated by the sound of digital dollars cascading down the cash canal. 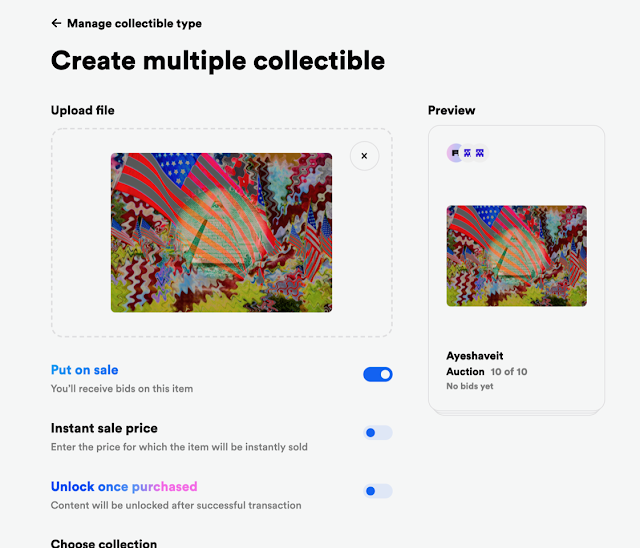 Alas, it was not to be. Nevermore, quoth the raven. My digital dreams crashed like an errant led zeppelin tearing apart a Holiday Inn pool suite.
I watched a couple You tube videos on creating nft's, short for non fungible tokens. The accent is assuredly on the non part but I am getting ahead of myself here. First thing I did was create a digital wallet. With some difficulty mind you. I configured apple pay and stuck some money in my ethereum fund.
Then I messed around with wallet connect and scanned a bunch of codes and connected the whole thing to Rarible, a company that publishes these arty fungos. I put in my parameters and got a note that my $ meter was too low. Now I have already funded like $159 bucks in and I am starting to sweat. What if these nabobs don't recognize my artistic brilliance? Hard to imagine but one has to prepare for any eventuality.
I got to the stage where they had been paid their gas money and I was minting my token and I waited. And waited. And waited. An hour went by. I started going on line, looking for sites that would tell me how long the budding digital Degas would have to wait for his token to manifest.
And I read somebody say that it was months and they still didn't have it, and more than one said it was a total scam. Of course, there is nothing out there like tech support anymore. I ran into one character who may have worked for rarible but he was castigating questioners for their stupidity and not really solving anything.
So I went back to waiting and waiting some more and then I got a message that said "send more money" and I thought, Rob, you are a poor sucker caught in a rich man's fantasy. Time to lay down your losing pair of sixes and cut your losses. And I did and I won't be going back. Can't afford to and have stopped caring.
The digital stuff selling for zillions looks like total shit to me anyway and knowing me as intimately as I do, I would probably say the wrong thing to some rich and petulant cyber rembrandt and he would order my ear cut off or something.
I think I will stick with poor starving artist, unrecognized in his own time, it will look better in my novel and who likes rich artists anyway? Koons, Max, Kinkade, a bunch of sour pricks. I guess they like Banksy but that is because nobody knows who he is, get to know him you will probably despise him too.
So I think I am $211 down and I have learned my lesson. Probably better off. Fame. Uneasy lies the head...
Posted by Blue Heron at 4:45 PM

Thanks for taking the dive for us. We owe you. IMO, the good stuff will always be person-to-person. The problem will be connecting as you have demonstrated. Thanks. ~ Diane O

Never - I say, never - trust any online money scheme. Some are maybe o.k., but the odds are highly against it. You were right to leave it lay and back away.