That fokker was a messerschmidt 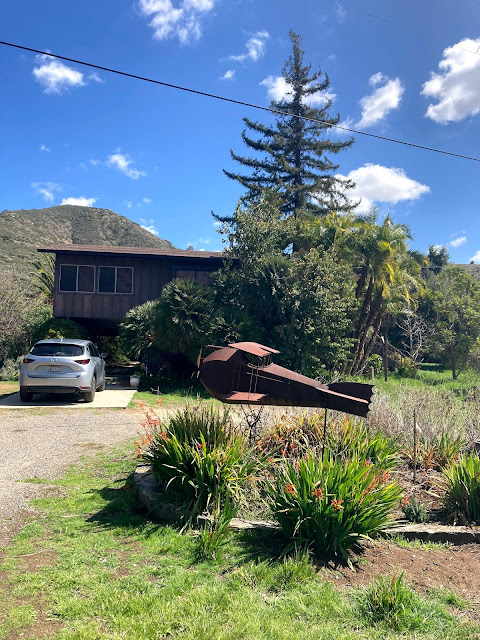 Unlike some pilots, I don't brag too much about my airplane.

I bought it about ten years ago and mostly it lays around in the weeds. Guess it is mainly a cropduster at this point.

I believe that it was originally made by Richard Breceda and it is really a work of art.

You see a lot of rusty dinosaurs lying around but honestly not too many airplanes.

Todd helped me take it down to Kirk Hampton at Fallbrook Muffler a few weeks back. It needed a little elevation. 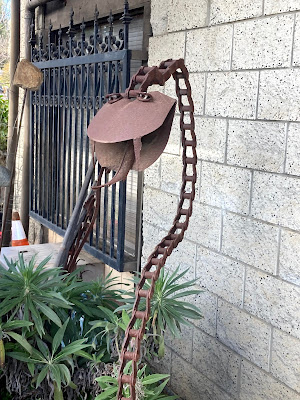 Besides being a great fabricator, Kirk is honestly a fabulous artist when he puts his mind to it. 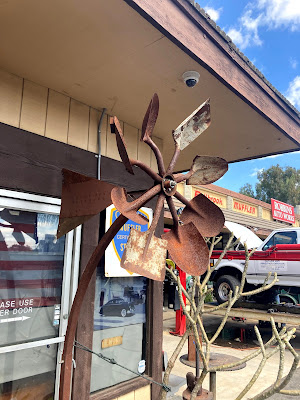 He created a metal pig out of found objects about fifteen years ago that was a true work of art, as good as any quote, unquote "fine artist."

He is whimsical and his creations are fun. Doesn't take himself too seriously.

He called me yesterday to tell me that the new support stand for my airplane was ready. 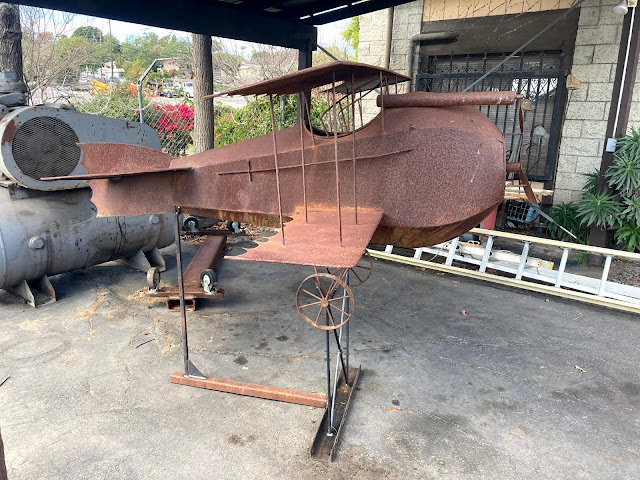 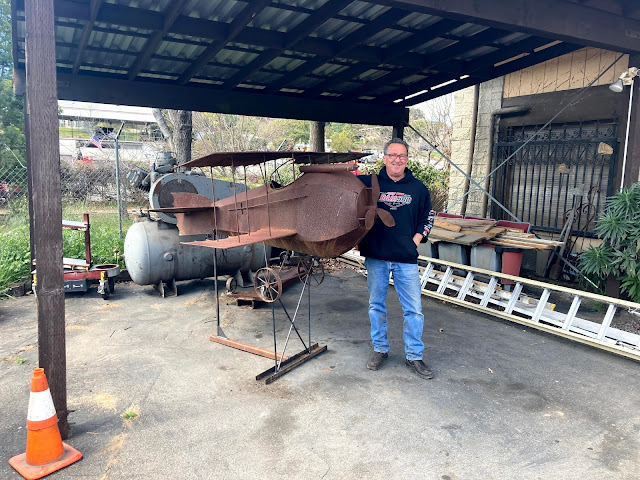 He told me that several people inquired if it was for sale. No way.
He welded up and reinforced some weak areas but said that the thing was a marvel with a lot of work hours in it and a whole inner skeleton. 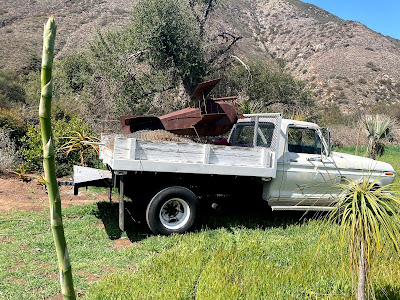 Tom drove down in his one ton and picked it up for me. 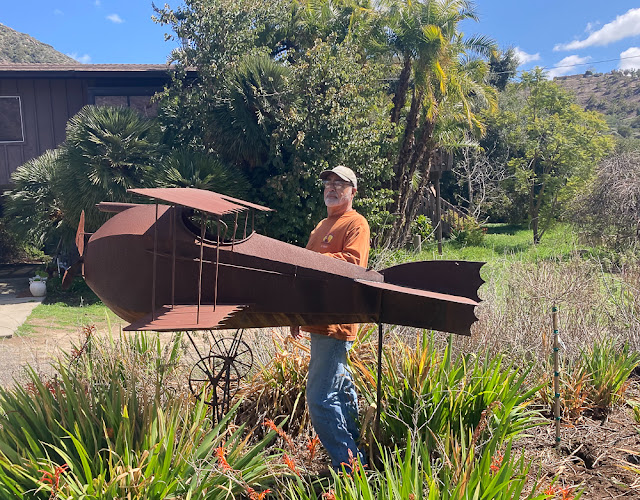 We put it back where we found it. Probably will cement it in so it doesn't fly away. 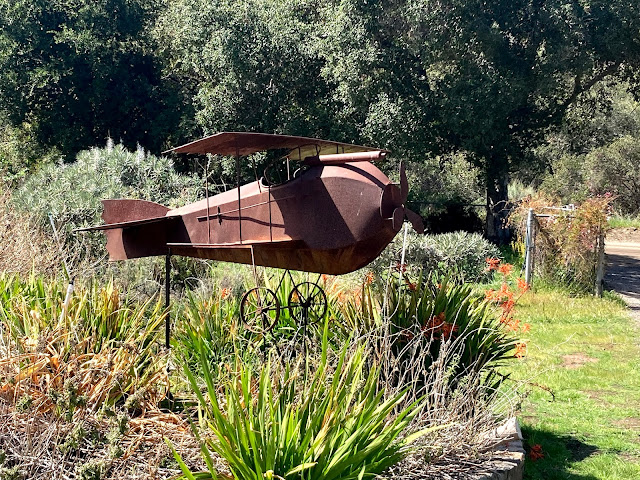 Fabulous! What a great piece of yard art!