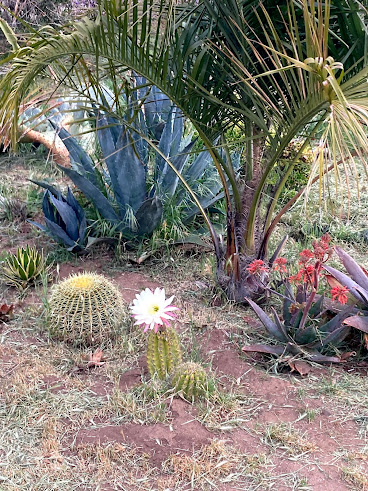 It is turning into the most beautiful time of the year in Southern California, at least in my neck of the woods.

The wisteria is opening on the fence, the California poppies are in bloom, as well as the lupine. The star jasmine is opening on my gate, the echium spires are ready to unfurl in their electric cobalt hues.

Aloes and agaves have been going to town all month. People are stopping by the field near Dominicks Deli to take pictures in the blooming flower fields.

By the way, the young palm you see on the right is a mule palm, a sterile cross between a queen and a pindo. Should be really beautiful one day, shows the best traits of both species. 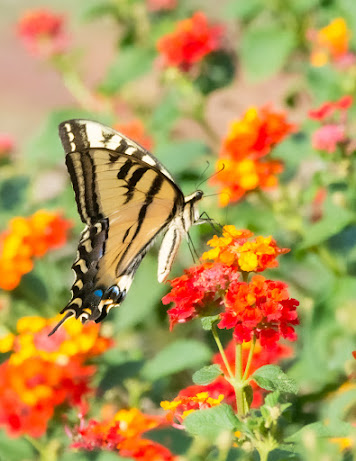 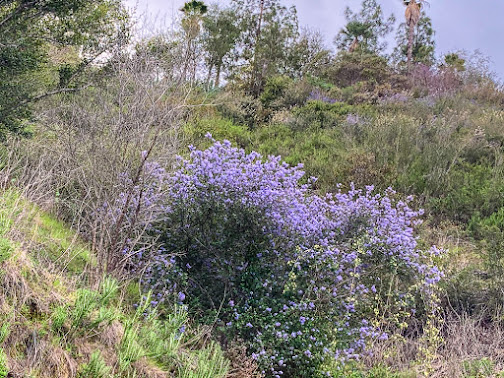 I haven't shot my real camera outside of the gallery in many weeks, too busy, but did pop the phone out of my pocket this morning.

I wanted to shoot you a picture of the ceanothus or false lilac that is turning the hills purple in these parts.

It gets pretty stunning. 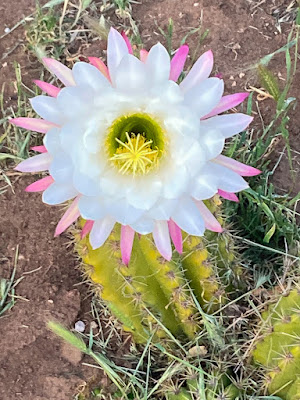 Todd cut the weeds yesterday or at least some of them, have to call McDaniel for the yearly ritual of getting their tractor to come in to cut the field.

Red tailed hawks are sitting on their eggs in the tall sycamore, should not be too long now. 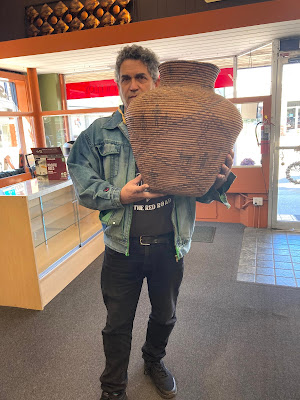 I have been buying a lot of Native American baskets of late. Some big ones like the Apache polychrome olla with humans, deer, horses and dogs. Missing a lot of stitches and needs work but impressively big. 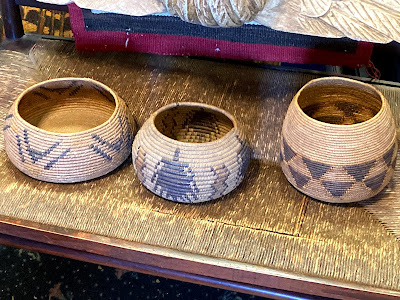 And three nice local Mission Indian baskets including one with stylized pronghorn and one with spiders on the side. 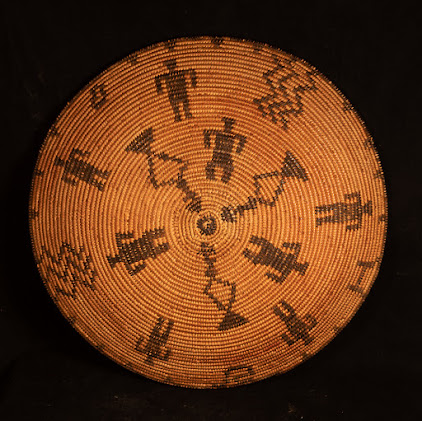 And another large apache figural tray to add to my already large collection. 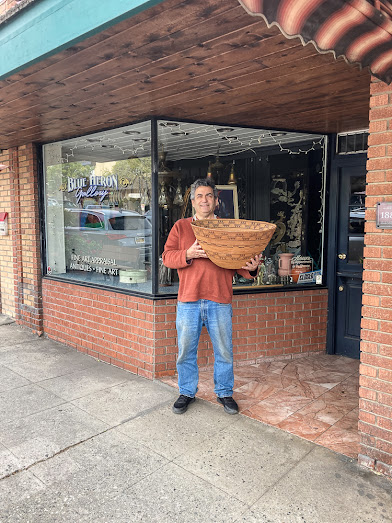 But the coolest is one I received just yesterday from New York.

A 24" diameter Kawaiisu basket featuring a flight of the butterflies pattern. Twenty four inches may not sound big but it is big. 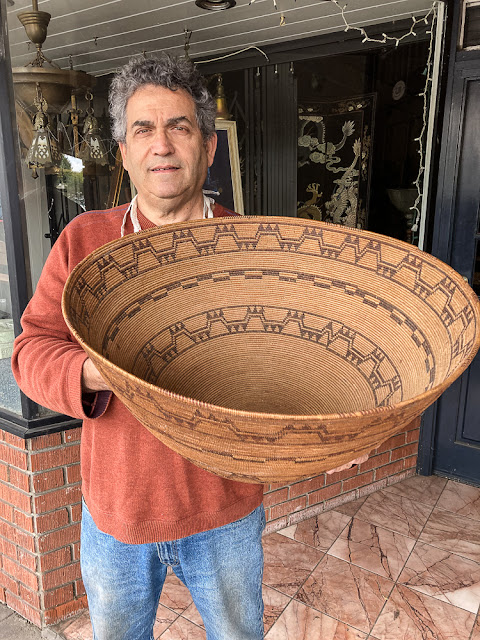 I believe that this is the biggest basket that I have ever had. Has some minor damage on the rim. But it is so fine and tight and so gorgeous. Its usage may have involved cooking acorn mush although it shows no apparent sign of ever being used for such a task.

It came from the Edwin and Cherie Silver collection. They were prominent collectors of African, pre Columbian and Native American in the 1960's and 70's. Phenomenal collection. 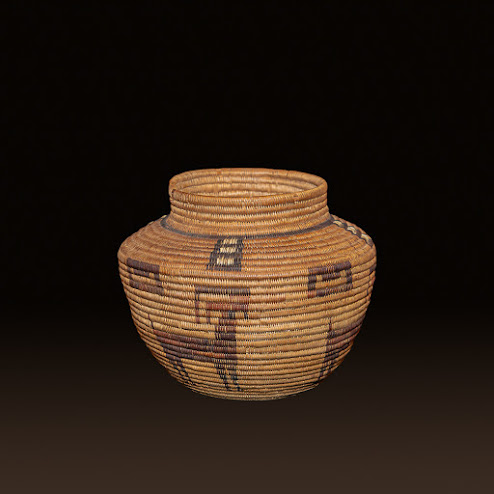 Here is a great polychrome Panamint I own with a mountain bighorn sheep decoration.
The white area bands you see on top are quill work, probably from a meadowlark.

In fact there is a similar but smaller basket with the same general design motif in the Autry collection that is linked to either the Kawaiisu, Yokuts or Western Mono tribes. They aren't sure either.

But they are all close in proximity and use similar iconography so it gets rather tricky.

I guess the jury is still out declaratively although my own experts think it is clearly Kawaiisu.

The Kawaiisu inhabited Eastern California, in the Tehachapi Mountains.

The 1910 census showed less than 150 people still extant in the tribe. Not sure how many are left.

I am very happy with this beautiful basket. My gallery is full of great baskets right now. Come over and see but please do not touch them or pick them up without asking me and being very careful. They are somewhat fragile.

Of course if I don't get some of these sold I will be a real basket case.

Three cheers for the ceanothus. I have been going around trying to get myself killed while looking at it on the freeway. It is subtle and etherial looking like some kind of purple fairy dust on the hills. The stuff is hard to photograph, at least it is hard to render the subtlety of the color as photography seems to force it toward brilliance or just near invisibility. There are some things that the Goddess just wants painters to have.

We have noticed the ceanothus is in abundance this year. The hills are alive....... Less rain must mean more? The basket is spectacular. Thanks for the visit today.