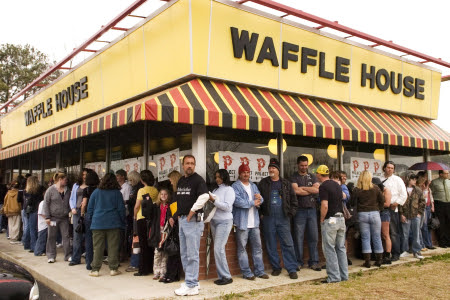 Not to beat an old drum too loudly. We know that causation and correlation are two different things.
But I saw this statistic that tied into my discussion regarding religion the other day.
These are the states with the worst life expectancy in the United States, according to the CDC: 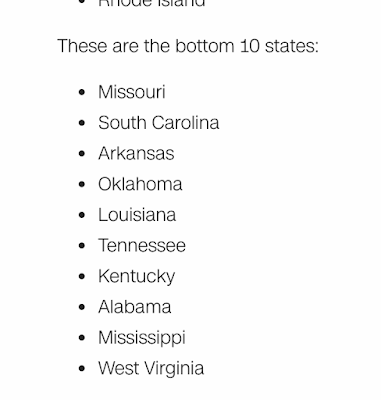 When I saw this this morning I thought to myself, why does this seem vaguely familiar? 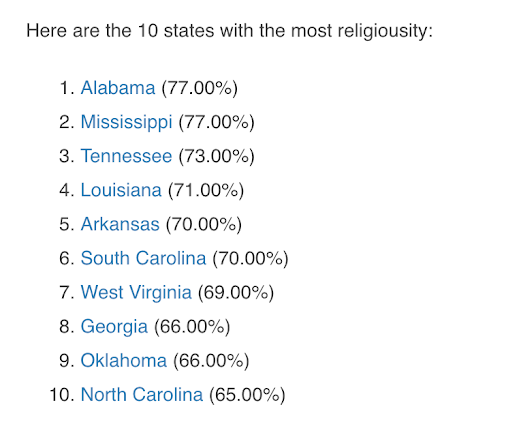 Oh yes, I remember. Last week's screenshot.
Here are the most religious states in the union, according to World Population Review:
Swap North Carolina and Missouri and Kentucky and Georgia and you have an exact match. Why the overlap? Is it a mere coincidence?
Now it would be ridiculous to figure that religion is the only factor contributing to the terrible longevity statistics but could it have some influence?  What other factors might be tipping the scales I wonder? Race and poverty could certainly be two possible contributors. Ignorance might be another. Red state incompetence?
I don't have the answers, I am only asking questions but I have to wonder if those who believe that Terra is only a temporary stop on the long journey have a more casual imperative to keep themselves alive? Says the fat donut eater...
*
Another fun fact out today - States with Republican governors had the highest covid incidence and death rates.
Posted by Blue Heron at 1:57 PM

About the only link I can think of is that the areas listed tend toward more traditional ways of doing things. The foods favored there are often traditional BUT we don't do the traditional labor people did when those diets were invented so we get fat and boom. Likewise religion, the areas are traditional. We teeter on the edge of being the liberal elite scorning these Americans. Thus we may get a dose of Karma.

As someone who did a stint working in Atlanta and traveling the South I have questions:
1) Where is this Waffle House? Clearly a State with science deniers and zero mask mandates.
2) When was the photo taken?
3) If the photo was taken recently, you are telling me that people are ON LINE for WAFFLE HOUSE???????

IF I AM IN THE SOUTH I WILL BE VISITING THE WAFFLE HOUSE! END OF STORY!

What these states have in common is fried food, lard, sweet tea, soda, and carbs...” meat plus two” on every menu (ie: fried breaded steak, macaroni and cheese and sweet cream corn or any other combo of two sides with your meat) Seems a side of biscuits and gravy accompany most meals as well... tasty but not much for hitting the balanced food groups.