For many years I have thought about the best shot I never took. Honestly, it has eaten at me. I remember the place and the time vividly although I can not be pinned down to an exact date. It certainly was in the early 1980's. I was at the Cameron Trading Post in Arizona, a little before noon. I may have been with Kerry and Jasmine or I may have been going to meet them somewhere in the southwest, not quite sure at this point.

Two sister wives from a Latter Day Saint polygamist sect arrived at the store. They were both wearing long brown dresses, very plain in manner and bonnets to cover their hair.

It was striking to me, as a man and an artist, that one of the wives was young, vivacious and absolutely stunningly beautiful while the much older sister wife almost proportionally lacked all of the other girl's comely aesthetic traits, for what other virtues she might indeed possess.

The juxtaposition was so brilliant and my imagination ran wild, intrigued about how it played out in their real world. The younger woman seemed totally unaware of her great beauty and they seemed to get along very wonderfully, taking a needed trip to town for provisions.

My camera hung around my neck, my finger was on the shutter. Yet I could not convince myself to take the picture. At that moment of time I felt like I was invading their space and privacy. As great as the visual attraction was and believe me it was incredible, these were human beings and not creatures or animals in the zoo or the circus performing for my pleasure.

These were people trying to live their daily lives in the best way they sought fit, according to their own spiritual and moral dictates, in a manner quite foreign to our monolithic culture as a whole. 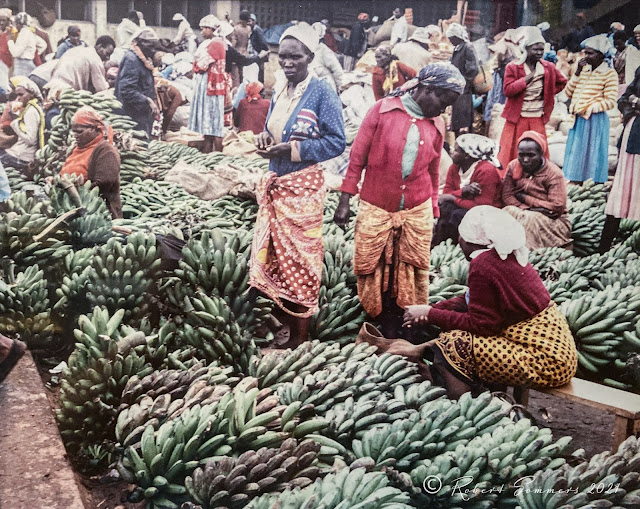 I did take a similar shot once, in a market in Africa.

There was no photography allowed.

The sharp look of opprobrium on the face of the banana seller who heard the camera was palpable. I was busted.

This picture hangs in my bathroom at work, I just shot it through glass so you could see it. I am not sure that I have ever shared it with you. If looks could kill...

I loved the color of their textiles and the vivid, bustly nature of the scene. An intimate steal but then again I don't fancy myself a thief.

I clearly crossed the line and this causes me some regret on a personal level. Permission equates to mutual respect.

In any case, I have often thought about the sister wives in Cameron. It would have been so easy to grab the shot, in a quick furtive manner, they probably would have never even heard the shutter click.

But if they had, I would think that I would have experienced some shame and feelings of moral failure of my own. For stepping outside of my boundaries without permission and into theirs. I guess this was the line that I could not cross. Did I make the proper decision? I think that I did. You can be the judge. The question is, was I afraid of getting caught or doing the wrong thing?

I know that I will never forget what I saw. And I understand now that it takes a lot of personal courage to be different in our world, however you might judge the choices another person has made. 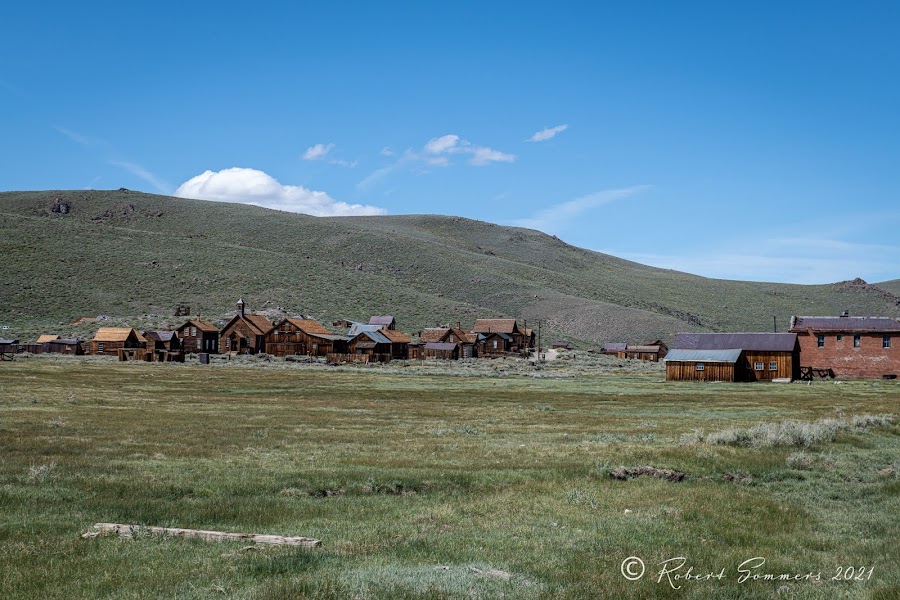 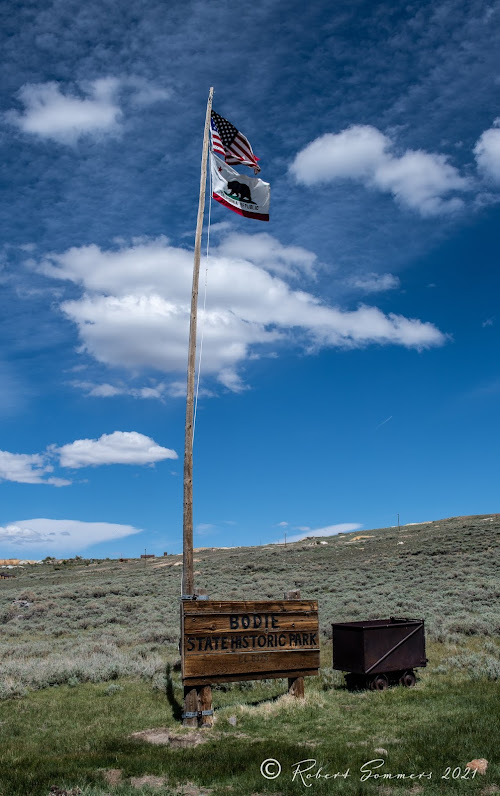 I was in Twin Lakes the other day, northwest of Bridgeport in the Eastern Sierras.

I couldn't decide if I should go visit Bodie, the old ghost town, but finally did. I am glad that I did.

Because I got to take a shot that struck me as special. 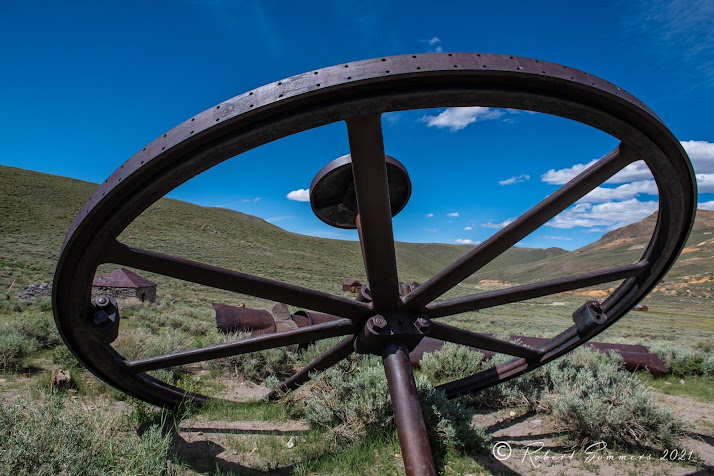 It is a fairly long ride on a semi rough road to Bodie and I didn't have much time at all but I managed to catch a little lightning in a bottle so I am happy that I made the trip. 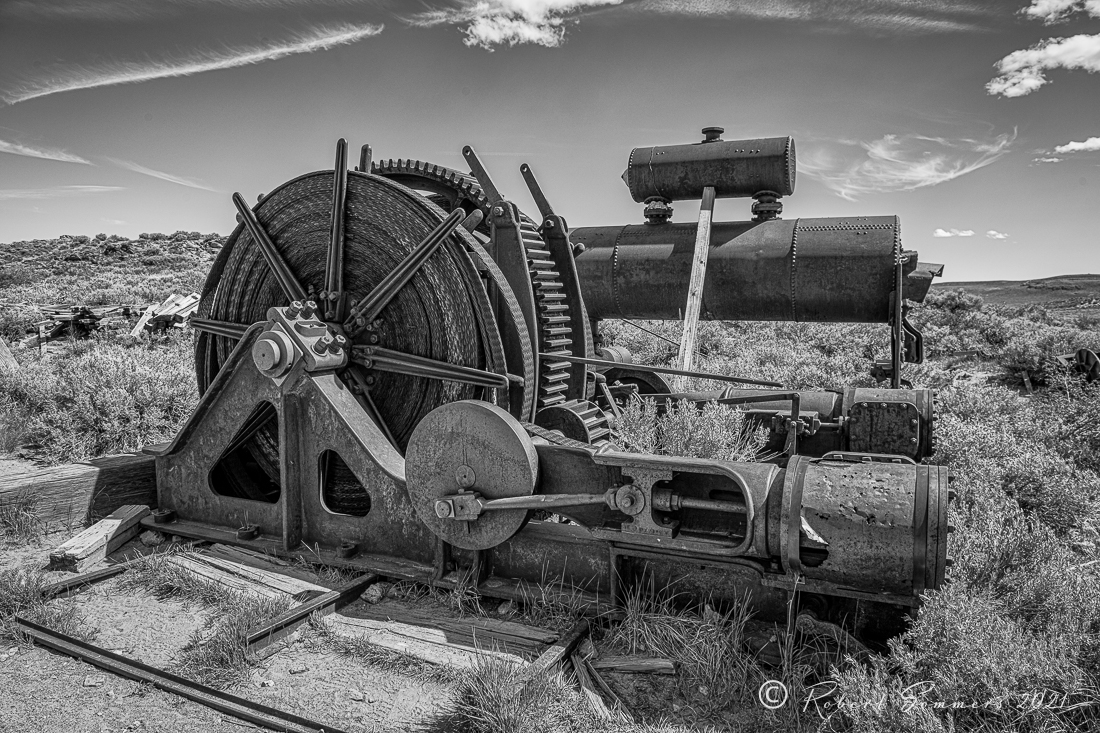 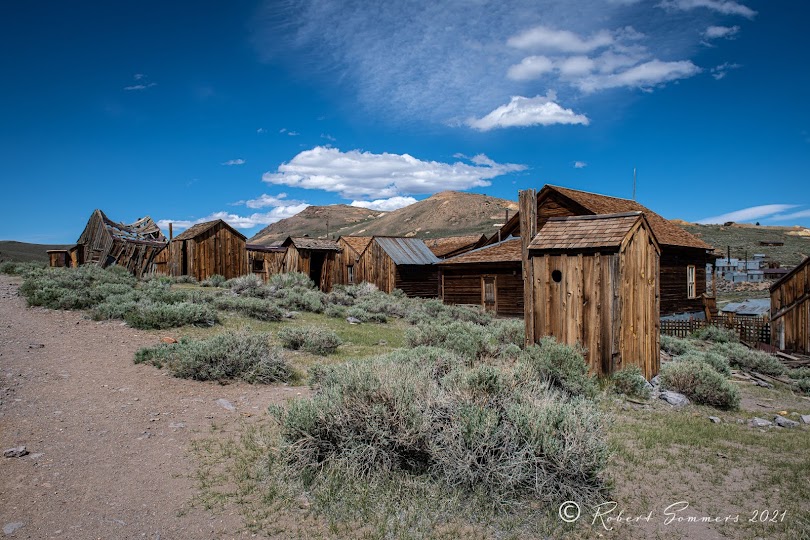 Bodie was a boomtown in the latter Gold Rush, after the Standard Company bought the gold claim Waterman S. Bodie discovered in 1875. 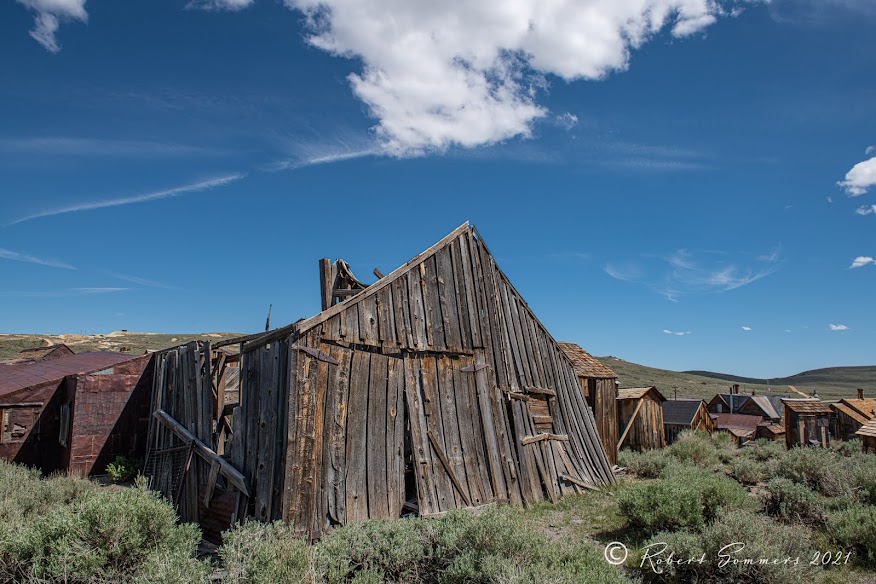 The town was eventually forsaken, the last residents leaving about fifty years ago. 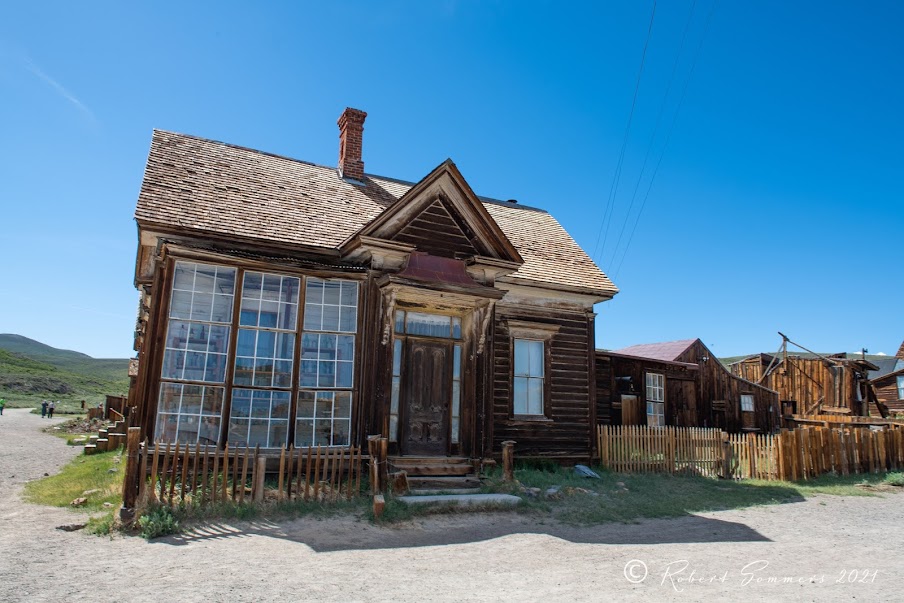 The dry air has perfectly kept the buildings intact and it looks like a Twilight Zone episode of a town that time and humanity forgot but nothing changed. 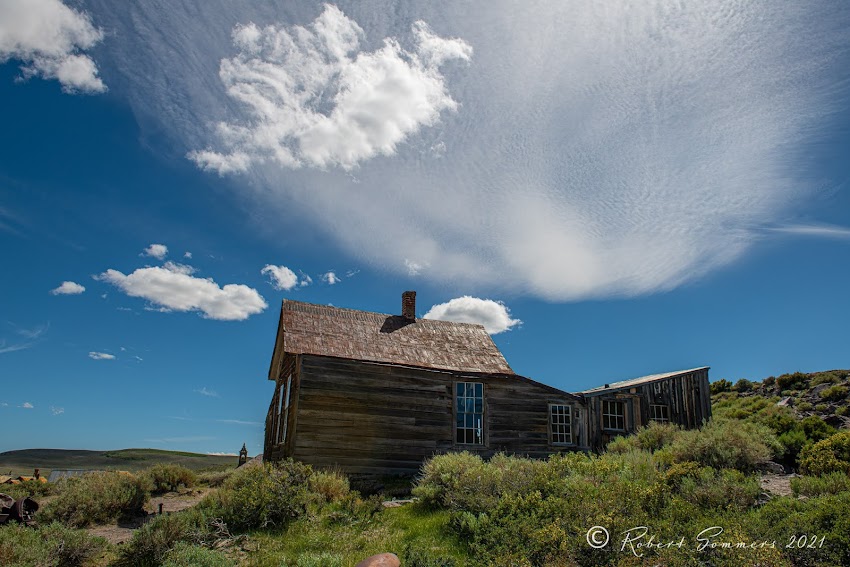 Folks just took off and left. I really wish that I could have done the town a little more justice but I was tired and it had been a long day.
A lover of entropy, it was fun strolling around the deserted town.

Anyhow I am walking in front of an old church when this young couple walks by me in garb that looks like it sprung from the exact time Bodie was in its heyday.

I summoned up the nerve to talk to them. "Are you Mennonite," I asked? They said that they were, from a town about two hours from Lancaster, Pennsylvania.

Anthony and Vanessa are newlyweds. They were smart and adorable. I did not want to waste the opportunity again. I would ask if I could take a picture this time, they could only say yes or no. Thankfully they readily assented. 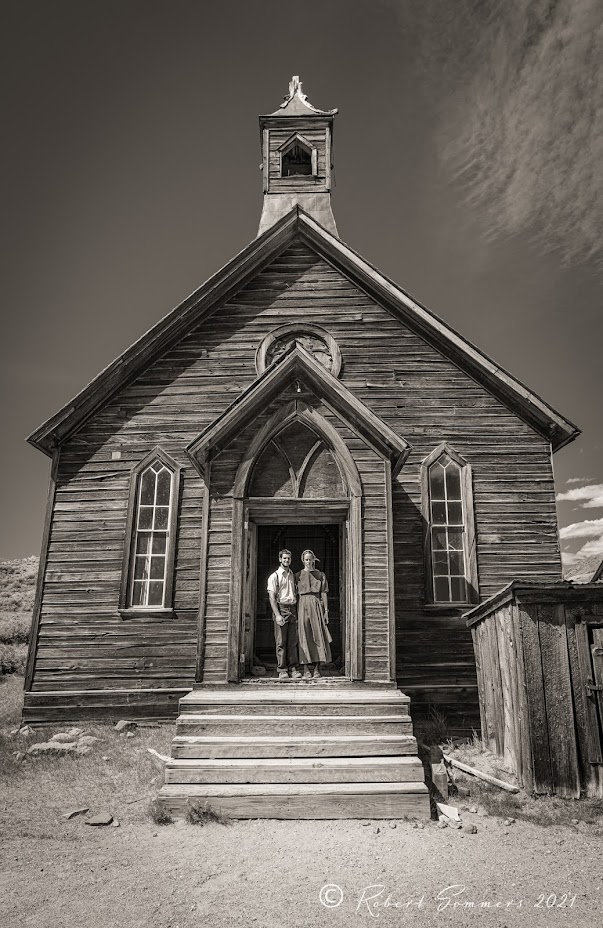 I led them in front of the church door and snapped a few frames.

Somehow the scene reminded me of my own American Gothic, if not Steinbeck.

But these were not characters in a painting. novella or a play, these were real life human beings, smart, perceptive and in young love.

Not nearly as dour or glum as the Grant Wood and that is a good thing.

Well, okay I would have certainly taken dour if it was offered but it was not in the cards. And it has been done.

Certainly no pitchforks around to grab and it's okay, we weren't exactly posing. 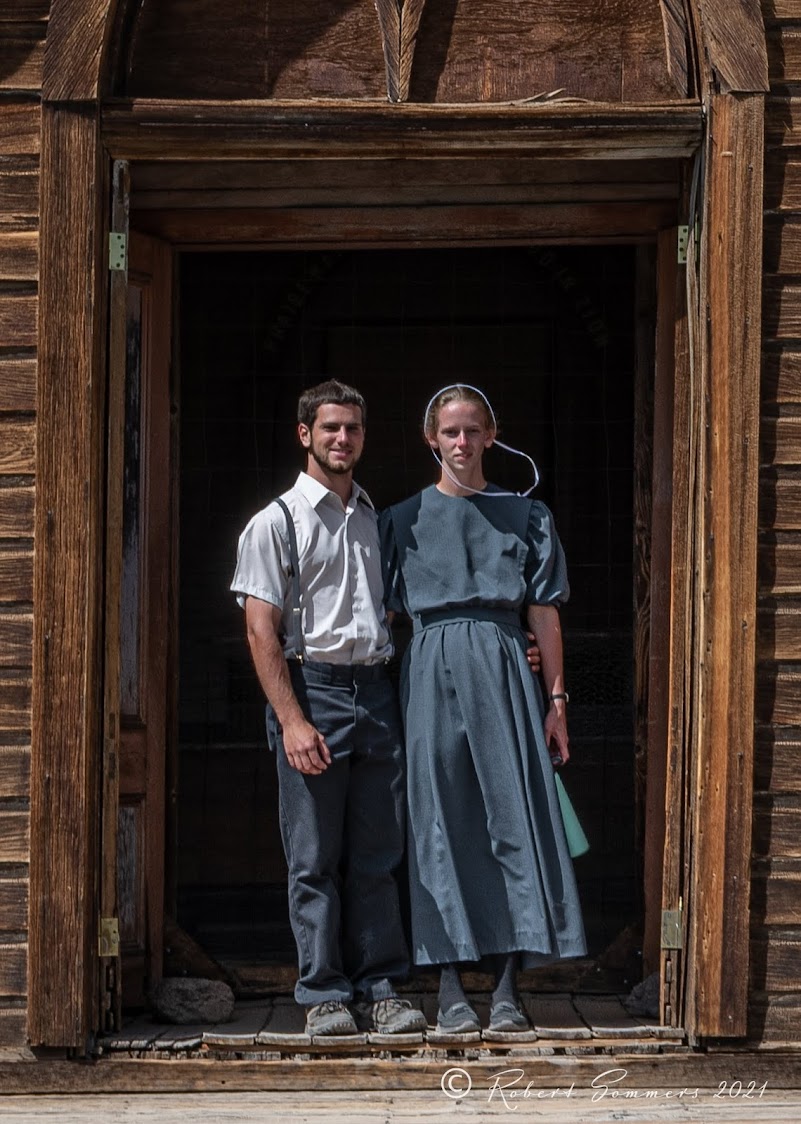 So happy that they invited me in. Frankly this is a shot that I would paint if I was still oil painting. Might just pick up the brush again.

I wish them a long and happy life together! 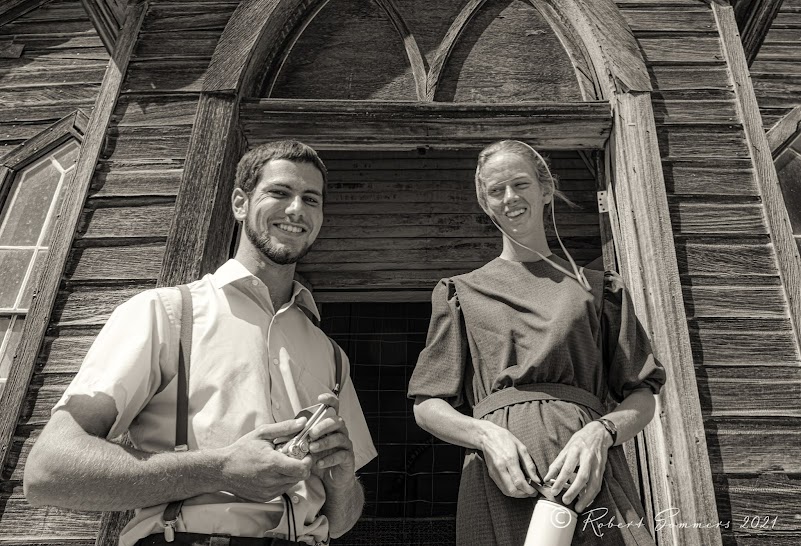 I walked up to them on the steps and asked their permission to publish the pictures on the blog and they said that it was okay.
I told them that I had been married for twenty seven years and with my wife for thirty one. I mentioned that my advice would be not to go to bed angry, to forgive and always wake up fresh. 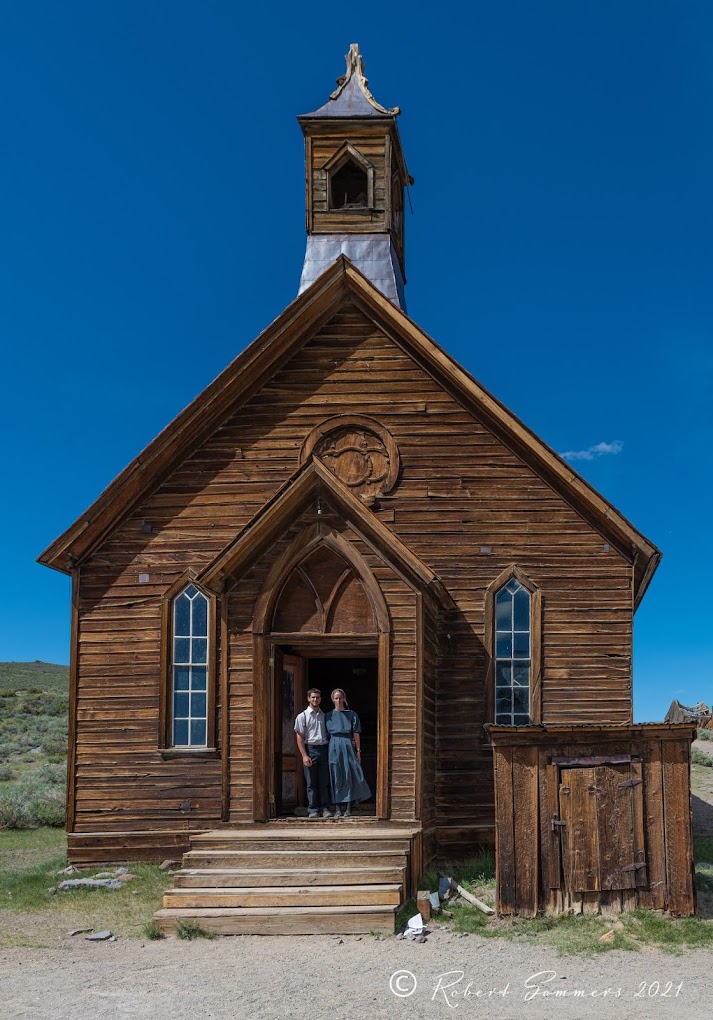 Anthony retorted that wouldn't it be better to never give your spouse any reason to be angry or forgive in the first place? I had no answer but he either has a point or has lived a shorter and definitely more saintly life than I have.
No sooner than I thanked him and tried to take my leave, a man saw what I had done and asked them if he could take their picture too.  God, look what I have started. I am turning these two beautiful kids into a sideshow attraction. I didn't stick around to see how they landed and wish them the very best. Honestly, I haven't taken a portrait I enjoyed this much in a very long time! 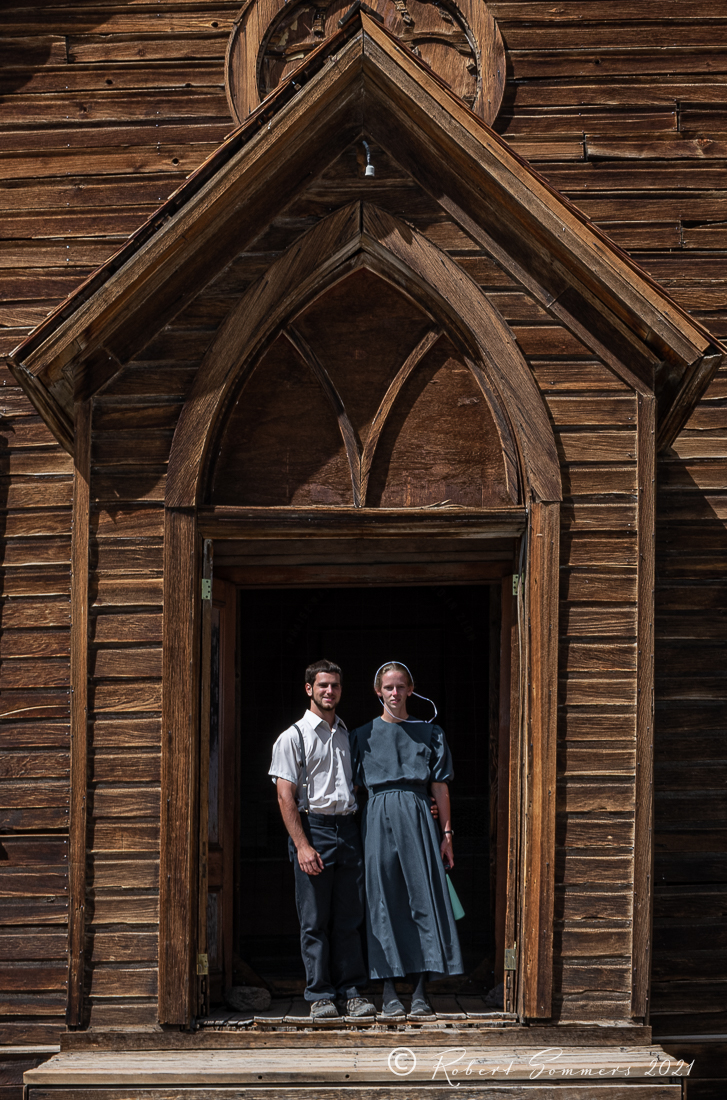 As much as glum would have fit the stoic regionalist narrative... Do you get where I am coming from, they weren't a seal act and I couldn't get them to balance a ball on their nose...

Incredible photos of “your” Mennonite couple in front the the beautifully aged Church. Hope you can send them copies…

Your photographs never cease to amaze me, truly stunning. I think your decision to shoot Anthony and Vanessa at the church was inspired. My favorite is the black and white distance shot.