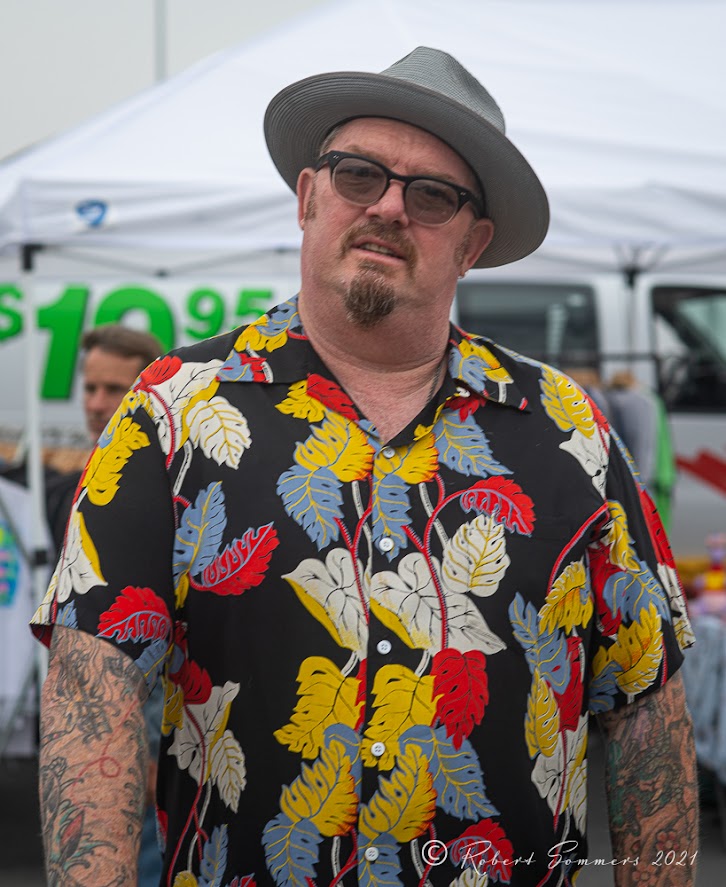 Leslie and I went to the Long Beach Swap Meet yesterday morning at Vets Stadium. I had to return a few things that did not sell in the auction and see some old friends. We were up at 4:30, sort of slept in and made our way to the north west. 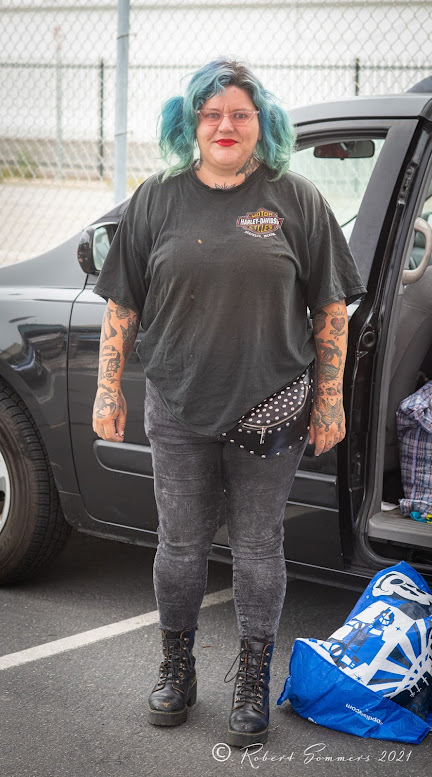 Long Beach is a great place to find cool vintage stuff and a superb place to people watch so I always try to bring a camera.

Yesterday I took the nikkor 85mm ƒ1.8d, a lens I don't really use enough. It is an old lens but it still works. 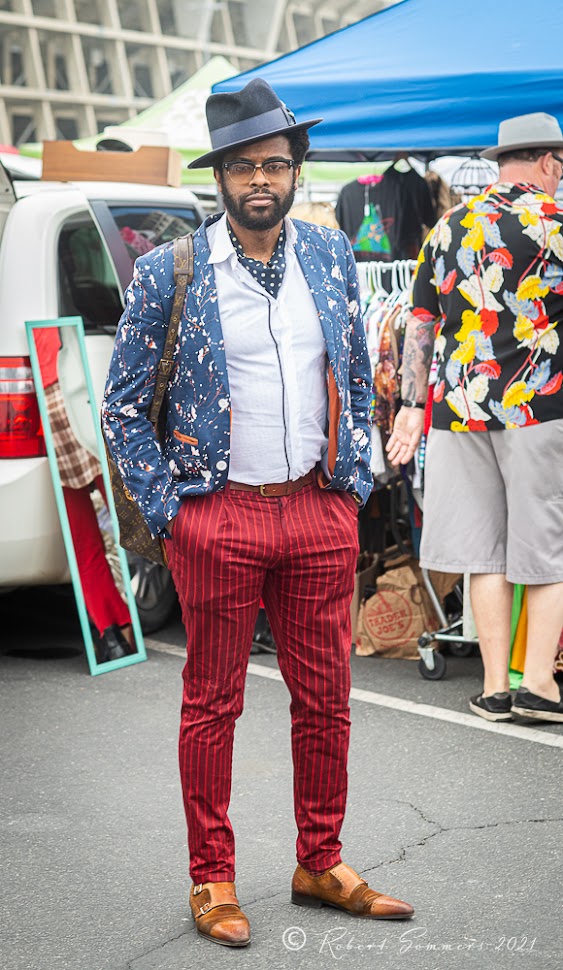 Thought about taking the 55mm ƒ1.2 but this one autofocuses. Next time. 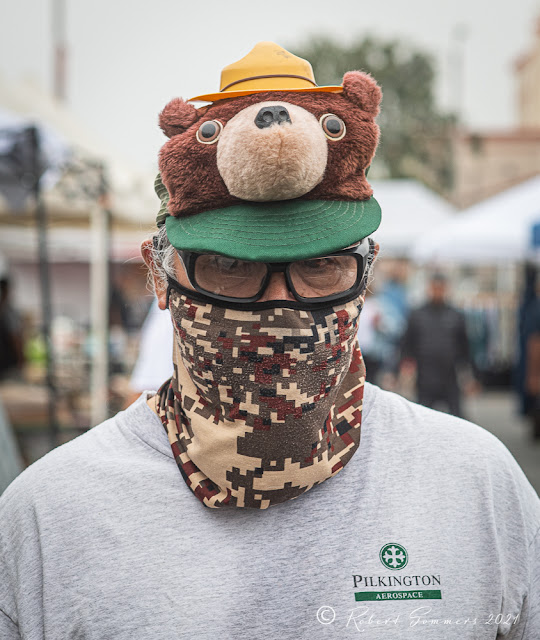 It was fun to get out there and shoot.

Ninety percent of the people had no problem with me taking their picture and the ones that declined were still pleasant. 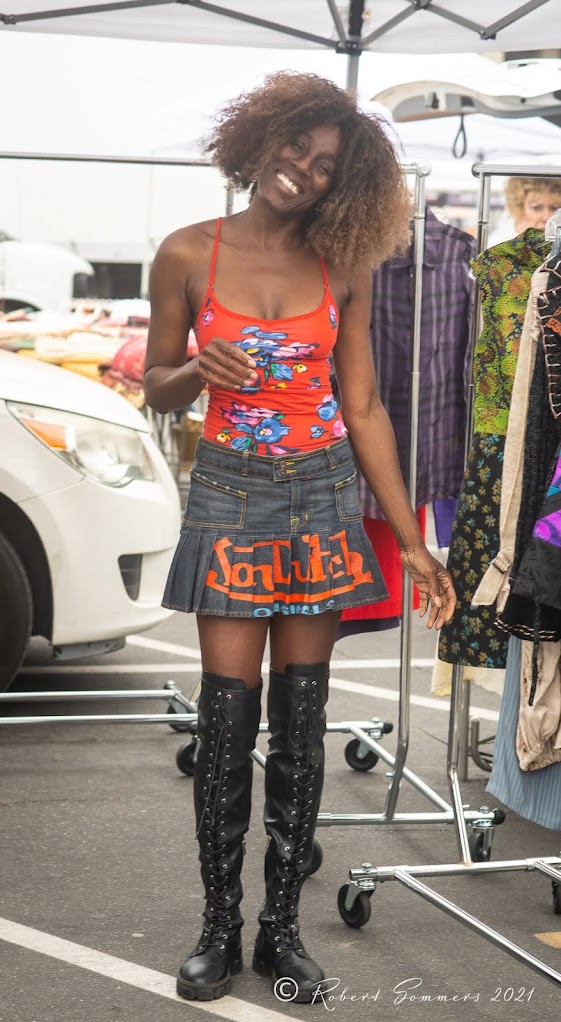 You get a different slice of life in Long Beach than you might get in Peoria, I imagine.

Friendly, fun and colorful although I must admit, I haven't been in Peoria lately.

I found some cool stuff, an old taos drum, a painting, some early surf stuff from Laguna that reminded me of Ogden, a Jack Boyd spore necklace with a green stone.
Leslie bought mass quantities from one of her wholesalers that sells there. 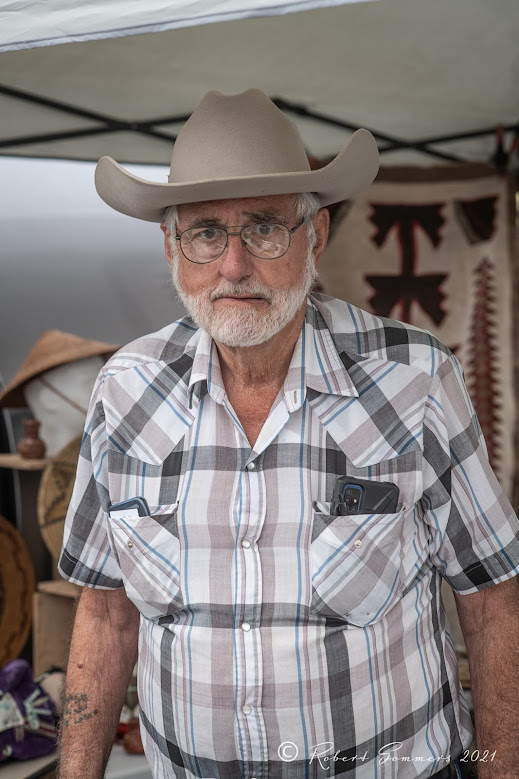 Chitchatted with the Munns, Booth and Conley, met a bunch of old Indian traders there. 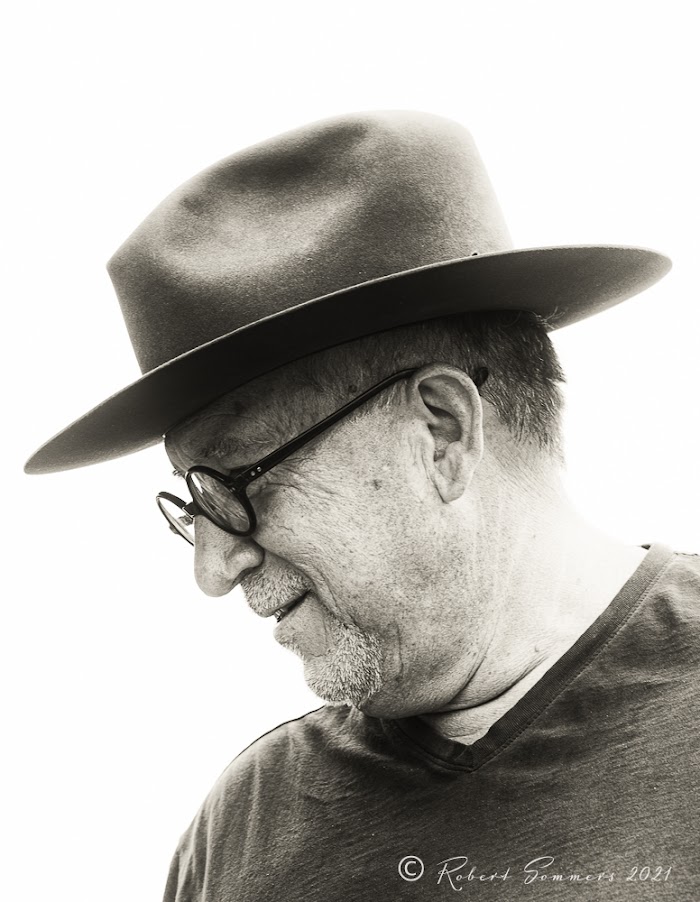 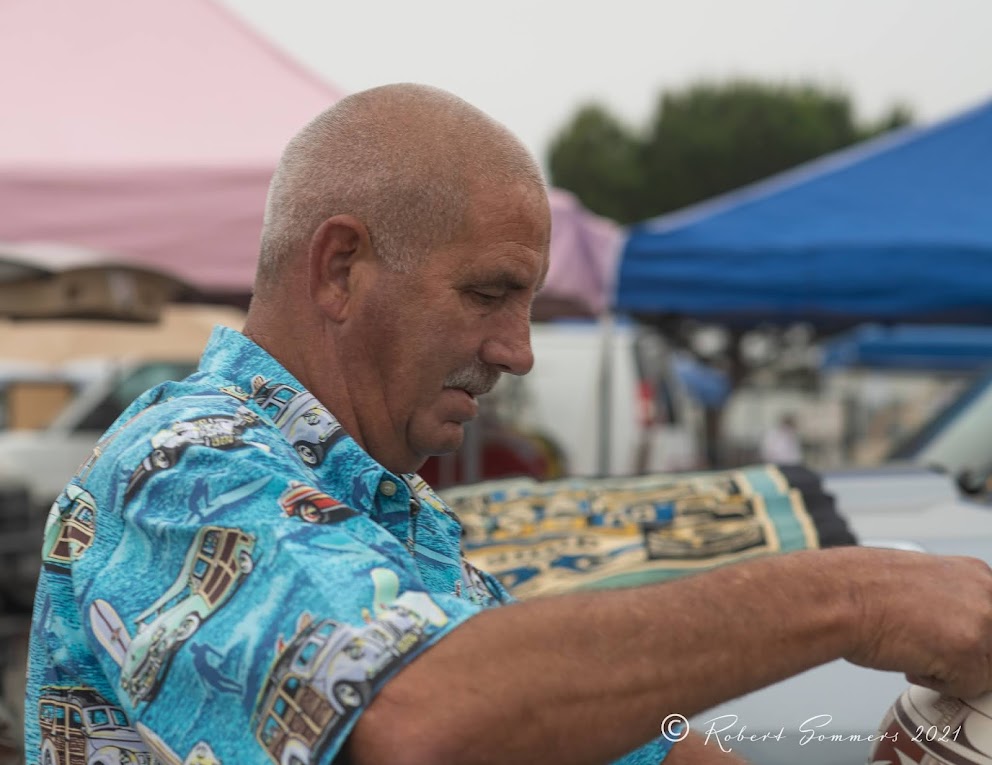 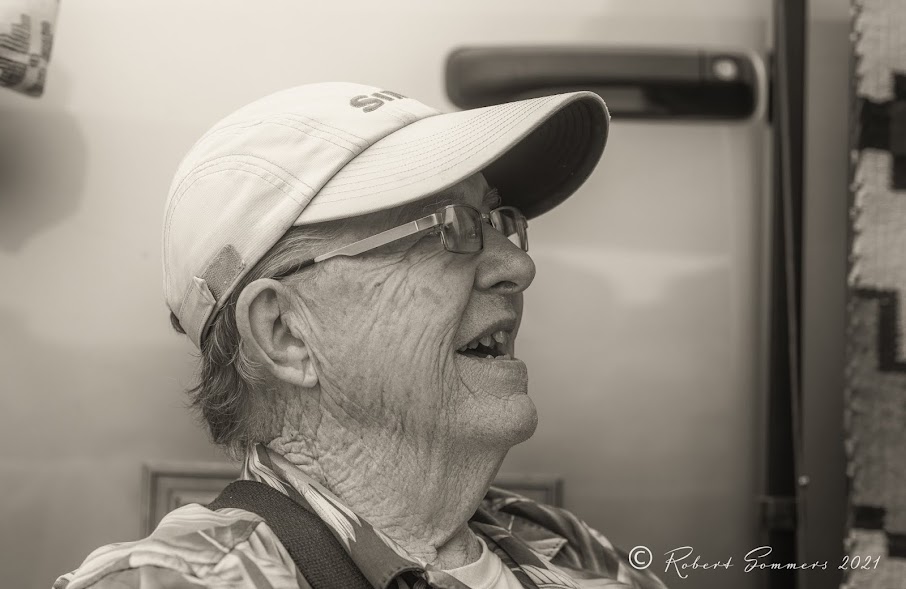 Place never fails to fire in a visual sense for me. Never real difficult to find subject matter. 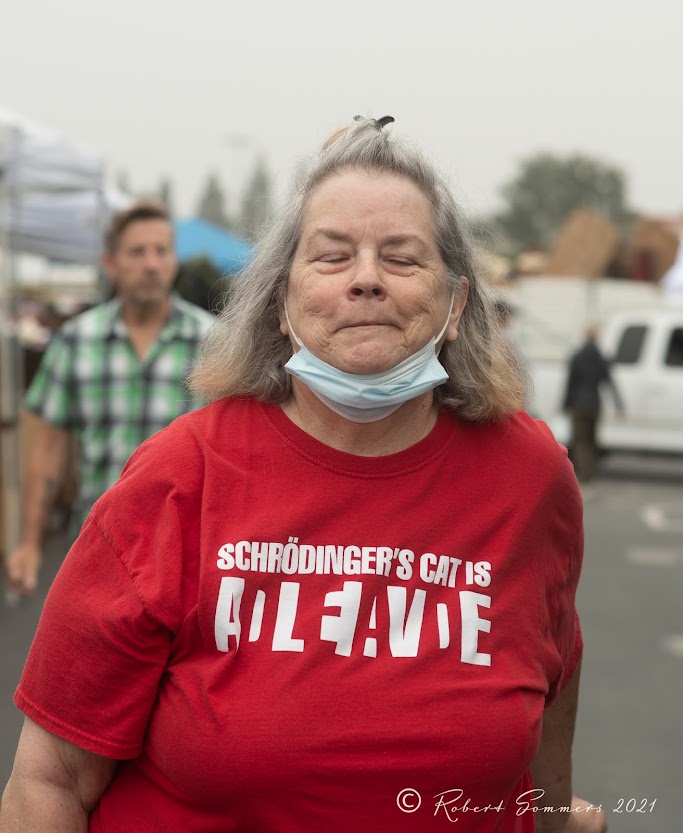 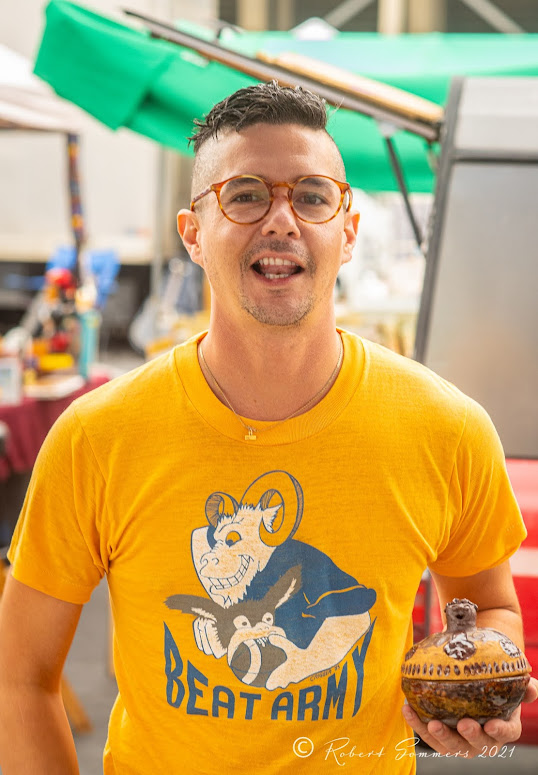 Lens was a little bit soft but not terribly so and I probably could have done a much better job with it with a little more focus and clarity, pun intended. 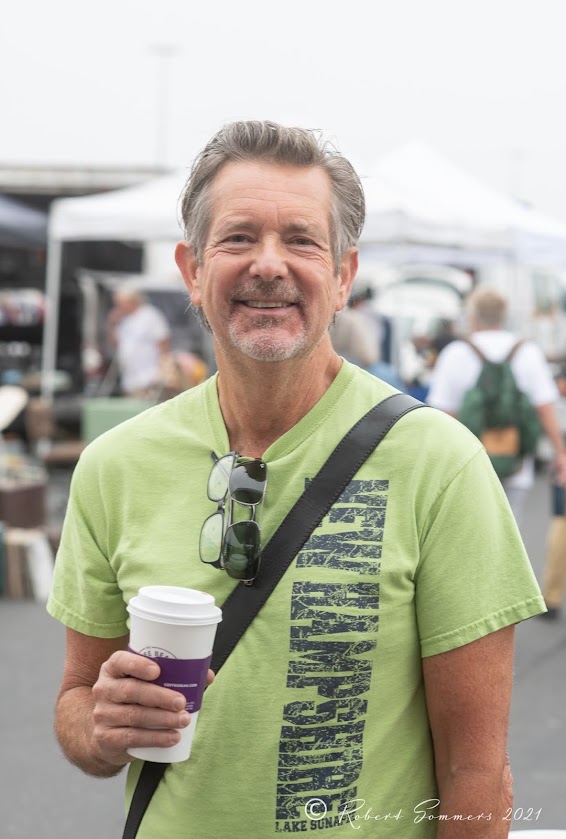 People are such interesting creatures when they aren't at their worst. 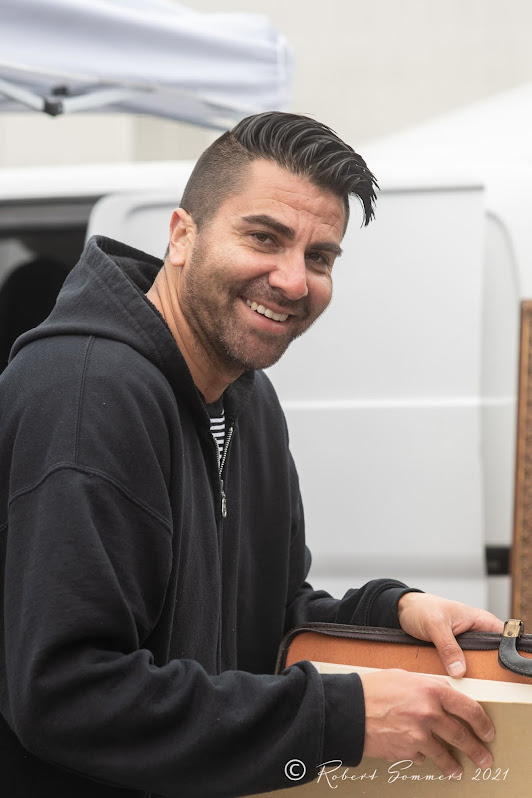 I never run out of subjects at Long Beach, perhaps because I am friends with many of the people out there, having once worked the show with regularity. 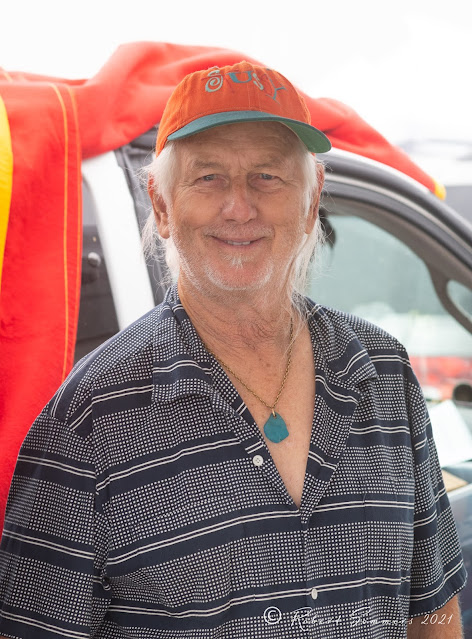 Mi familia. La Cosa Nostra, if you will. Our thing.
Visual people. 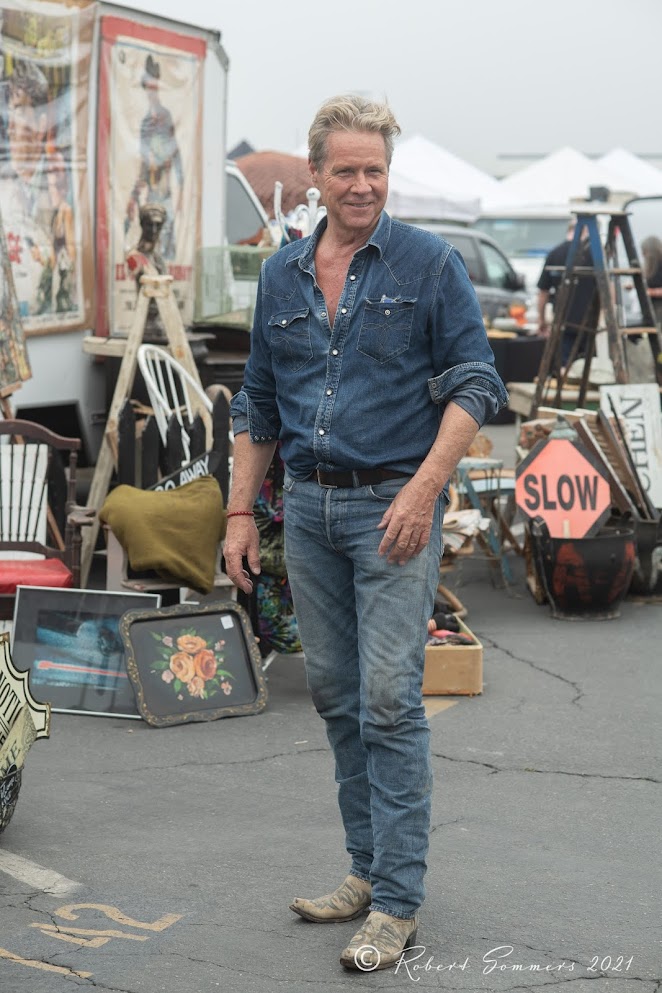 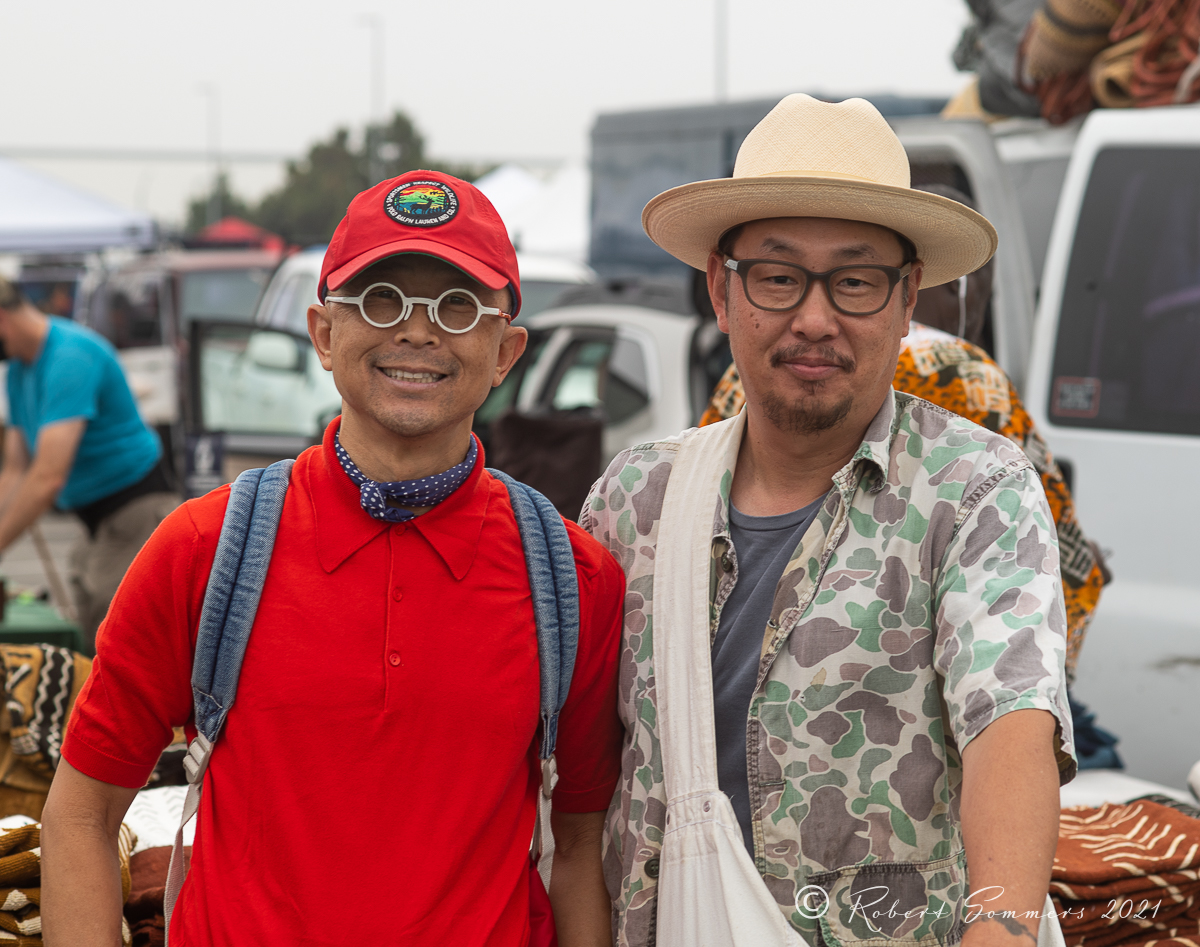 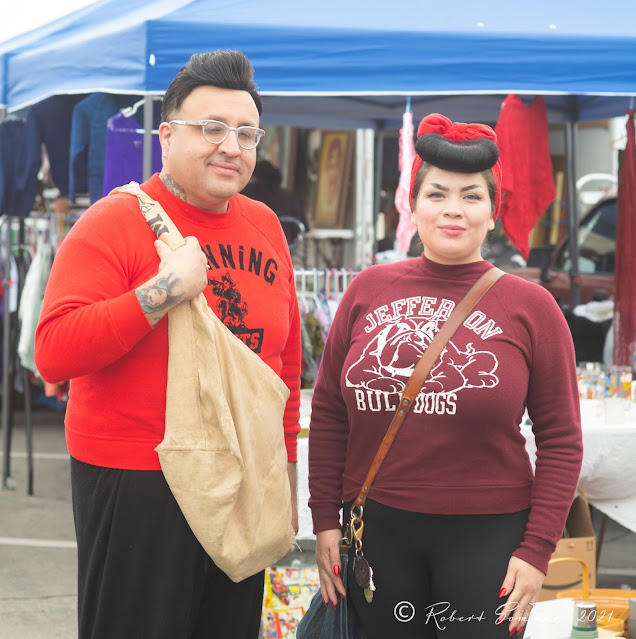 Would have been nice if he could have kept his eyes open. My fault, always take two. 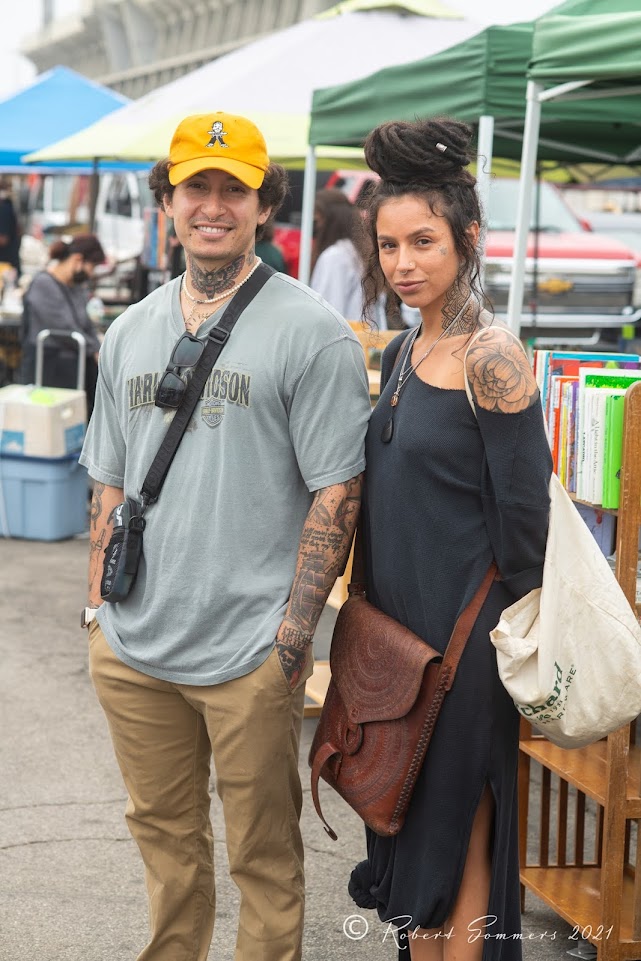 This is a tough focal length to dial in for the street.
Better for static studio portraits.
Easier with something a little bit wider, like the 55 or a 50mm. 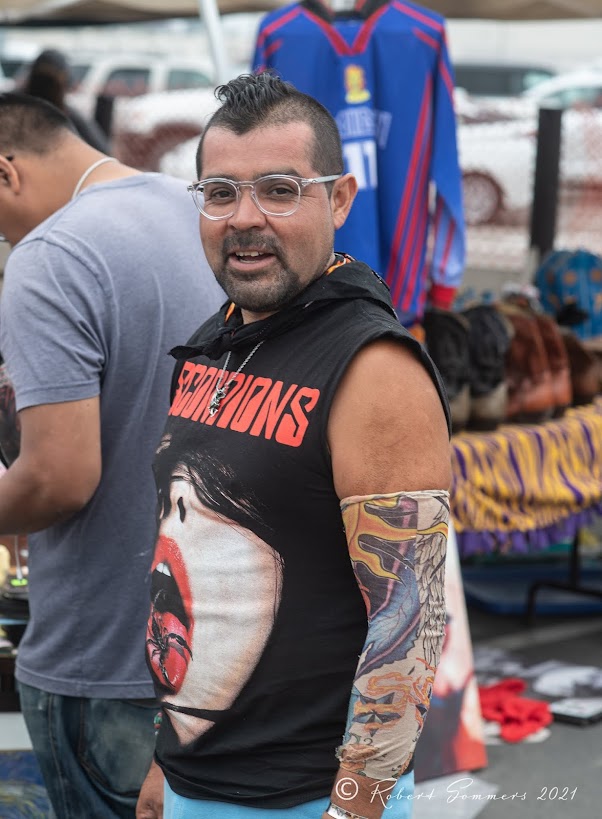 Freak flags fly, all manner of self expression abounding. 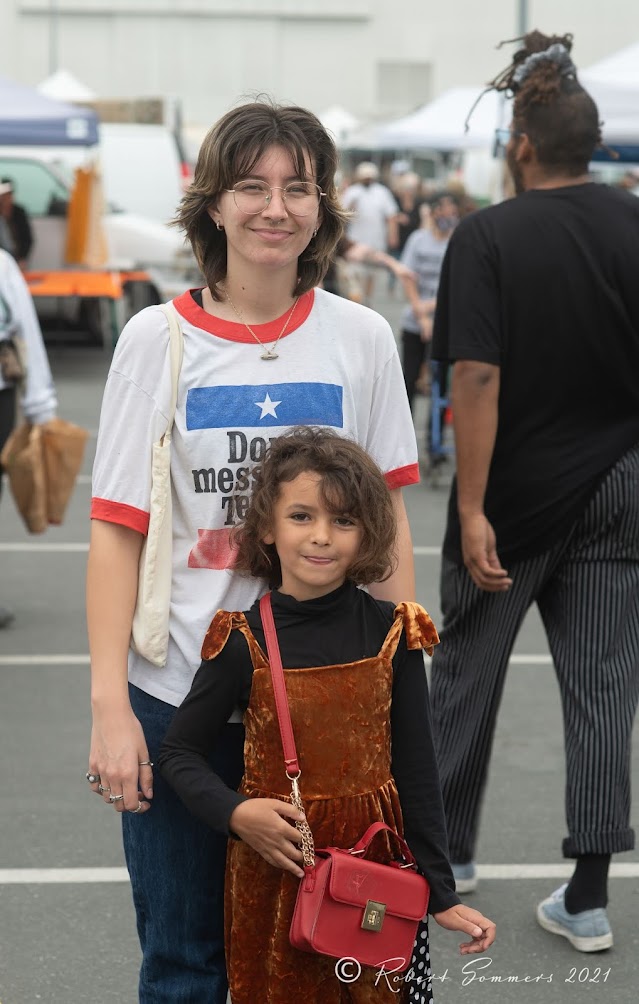 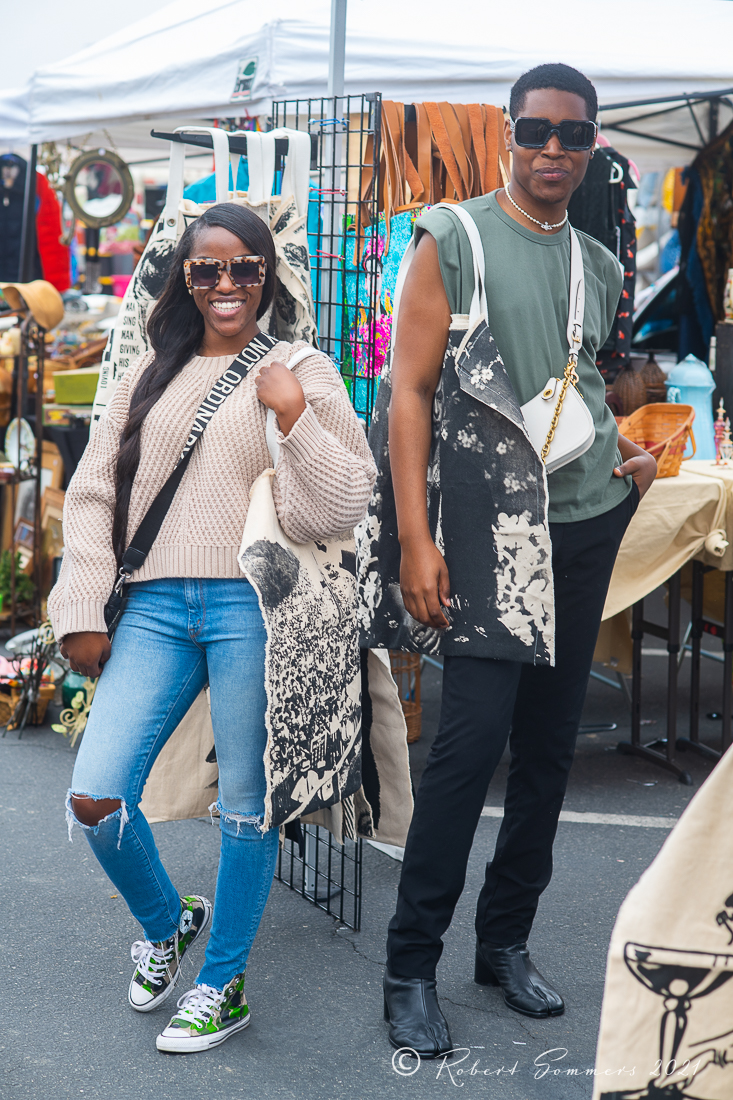 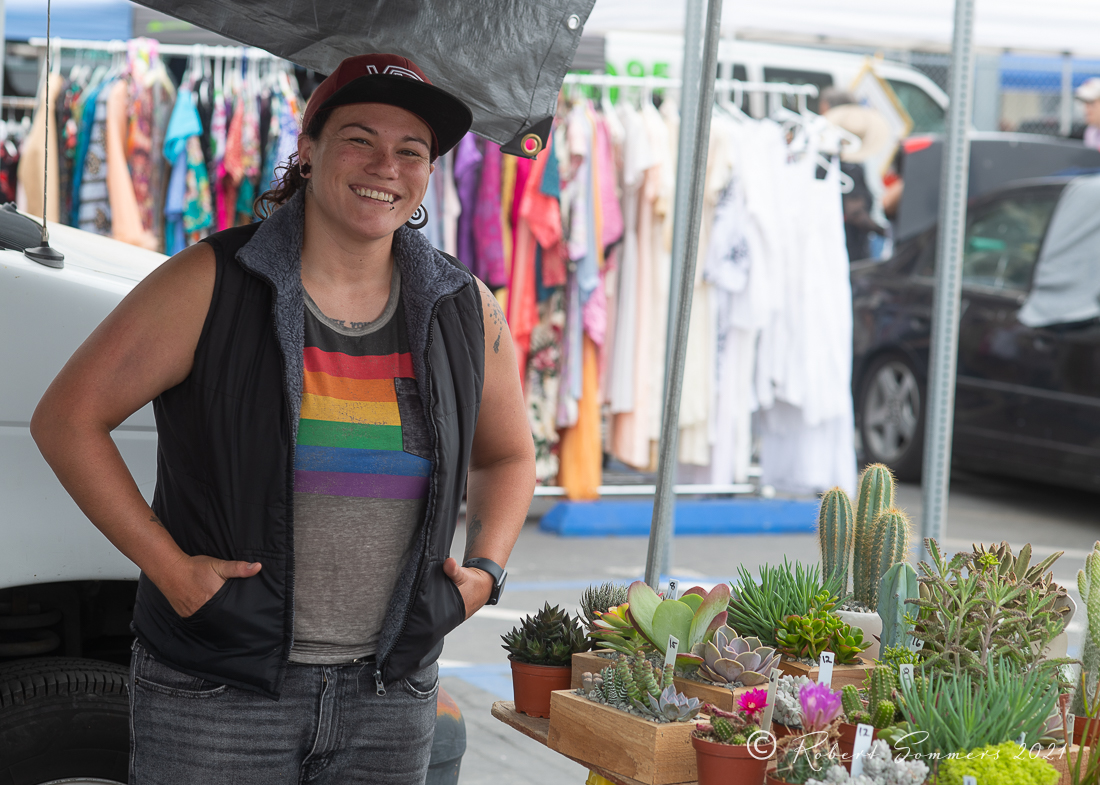 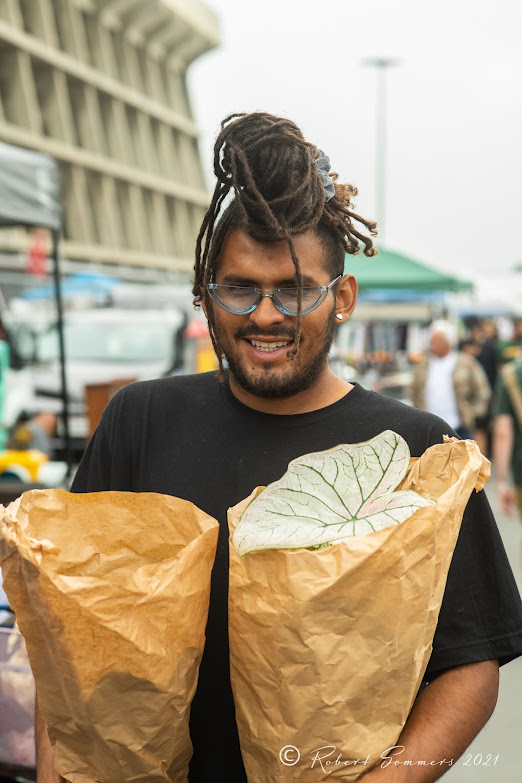 People don't have to be beautiful but they should be interesting. 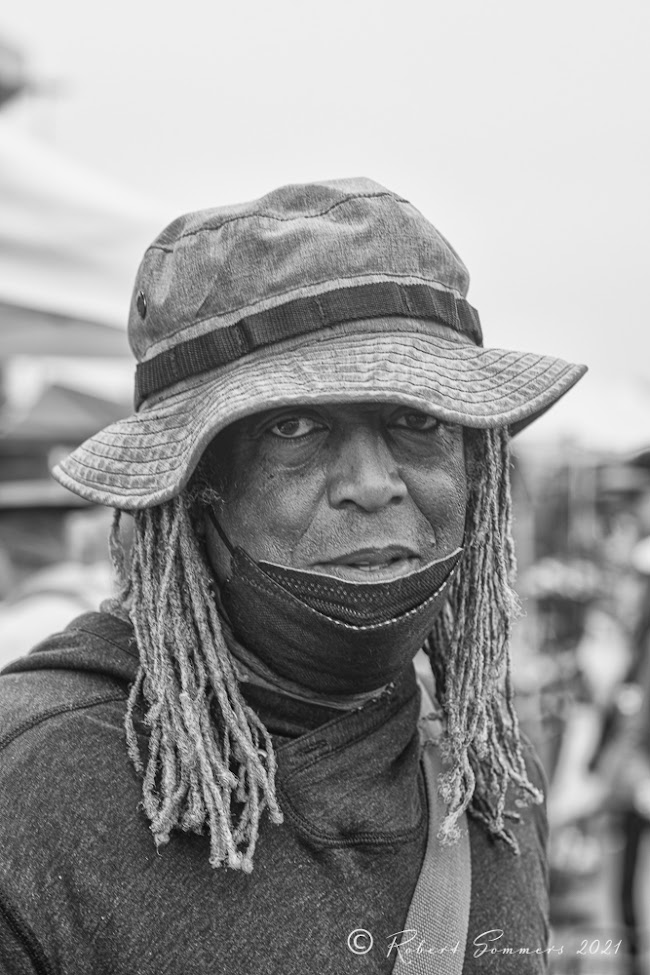 But then again, what do I know? 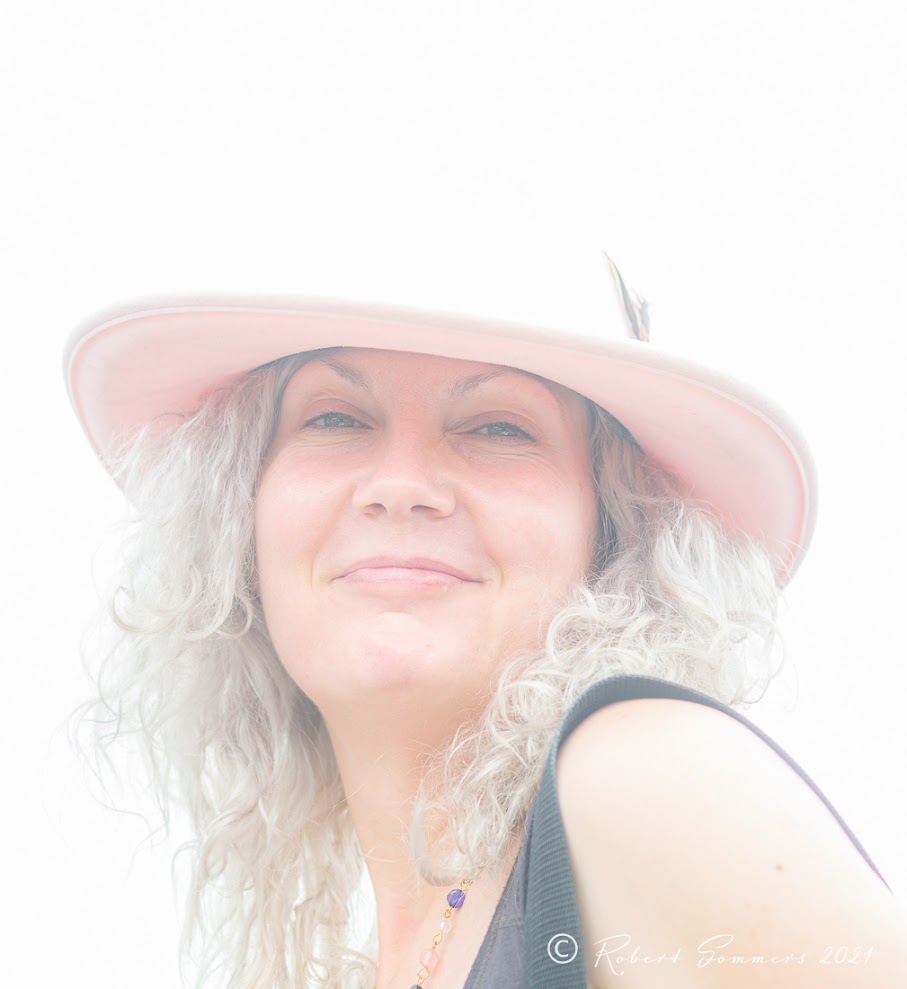 And it doesn't hurt to be beautiful either.
Or infatuated or somewhat compulsed for that matter.
Or comfortable in your own skin, that's good too. 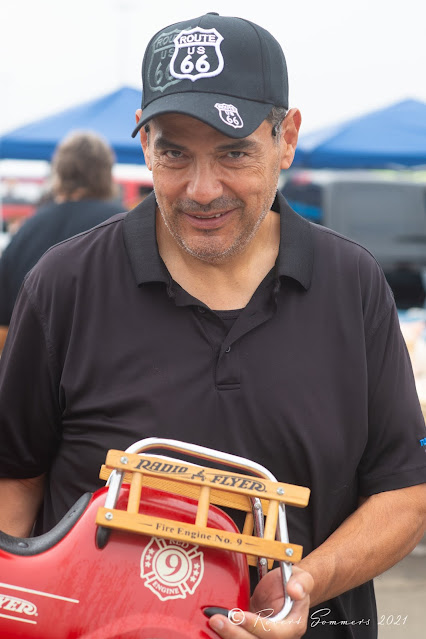 A lot of smiles yesterday, in both directions. 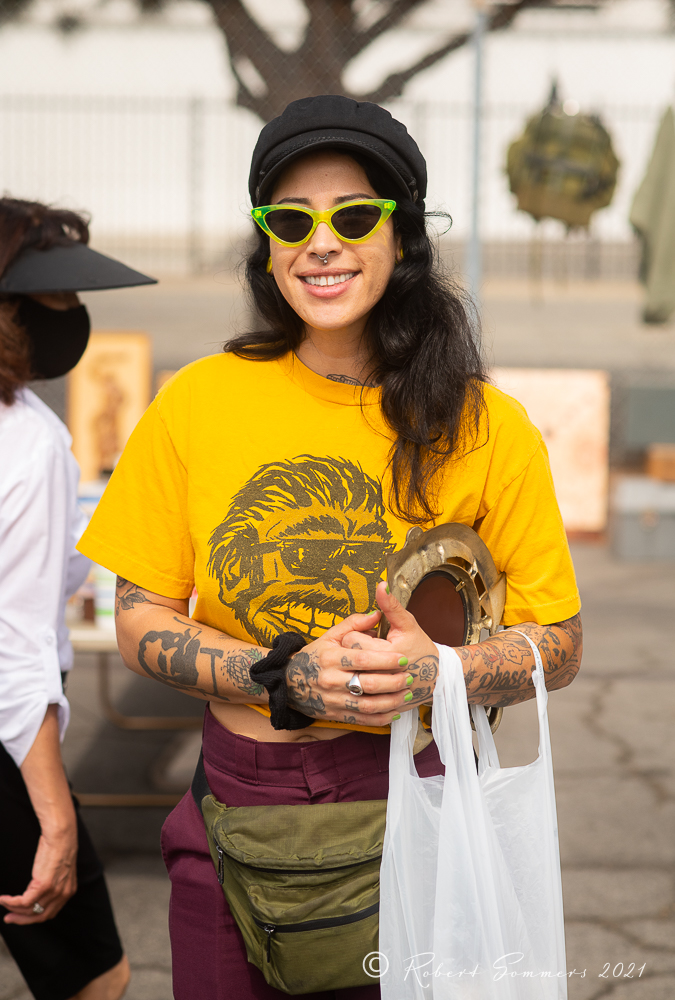 I met a pro photographer recently who won't take pictures anymore, has done it all already I guess.
Lost his mojo and got bored he said.
Dropped the brush.
I know that I will never stop creating in some way, I could stop writing or taking pictures like I could stop eating or breathing.
I see something that I want to capture visually pretty much every day.
I hope that I am never satisfied and will always seek new ways to create.
Show me an artist who is satisfied with their work and I will show you a person that has probably stopped growing.
Posted by Blue Heron at 3:55 PM