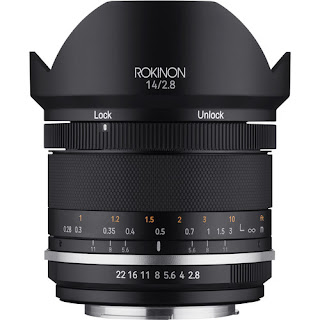 I have said for years that one of the most important and definitely the best value lens I have in my camera kit is the Rokinon 14mm ƒ2.8.

A Korean lens that also goes by the name of Samyang and Bower, it has been a trusted tool for me for all sorts of wide angle work including astrophotography, architectural and landscape.

The great thing is that it cost me less than three hundred dollars, at a time when comparable lenses can run into the thousands. It is a little more than that now but as I said, I have had mine for years.

Yes, it has evident barrel distortion but the phenomenon is easily corrected in the lens correction profile in Lightroom.

Some of my favorite shots of the Tetons and Borrego were taken with this lens. Beautiful clarity and color saturation. It does have its limitations, it is a convex lens that does not have a filter ring. But it also has a nice hard plastic cover that ingeniously slips over it and keeps the lens, which is significantly set back, safe.

Or so I thought, anyway.

I left the house on my latest journey at about 6:30 in the morning the other day. I tooled up the 215 and through Devore and made my way up to the 395. All of my camera gear imaginable was stored in four different packs, I was ready for anything. Or so I thought...

I am always amazed when I reach certain parts of the Mojave. What possesses a person to live in an absolute hellhole, buy the dilapidated singlewide, paint the outside with graffiti and actually attempt to survive there? Sprinkle a few rusty cars in the front yard. With lizards, snakes and perhaps a friendly crank dealer as your only links to the world at large. Is it a gross generalization to figure that it is the exclusive terrain of the seriously wounded? What possesses a person to make such a terminal stop?

Perhaps you could get a job at the Pilot, if they look past the facial tattoos and the obvious signs of your historical destruction. What gets into a person who needs to flee to that extreme, besides the priors and the addictions, what makes a person decide to live in such an environment?

Anyway back to my story, I am tooling up the grade past Ridgecrest when I heard an audible pop in the back seat. I thought it was a water bottle dealing with the pressure change in altitude.

I made it to the lower eastern Sierras and drove over to the Alabama Hills to get my first quarry of pictures on the trip. I pulled the 14mm out of its protected case and fit it on the D850 without looking at it. What was that white snow in the middle of the image I was seeing? 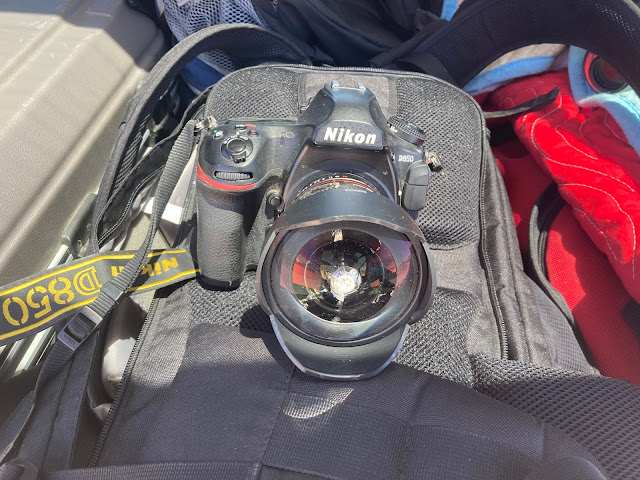 I think you know where this is going.
Somehow my lens had exploded in the back of the car.
It was fully protected and not subject to any impact. That is the muffled explosion that I heard.
It was very unfortunate for me. There was no moon and the last four days were ideal dark skies for astro work. I was SOL.
Everywhere I went, places like the Patriarch Grove at the Old Bristlecone Forest, groups of people were taking stunning shots of the Milky Way over their favorite tree or structure.
Not me, the night sky was officially out this week, at least shooting it with proper equipment.
It was very frustrating. No one I have ever talked to has heard of such a thing occurring. I think that there must have been air trapped in the lens that expanded in the heat. I am going to write Rokinon and see what they say.
In any case I need to replace a lens. If the Nikkor 14-24mm was a little cheaper I might go for it but just can't justify the expenditure right now. Probably just buy another Rokinon.
Posted by Blue Heron at 6:40 PM

It reminds me of what always happened when Herman Munster looked in a mirror. Bummer.