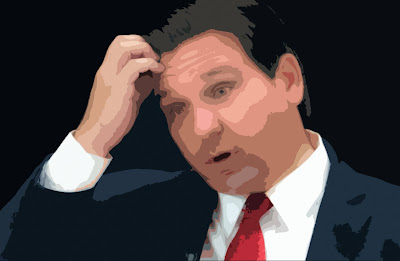 I don't really enjoy calling anybody an idiot and there are certainly people in government with less intelligence than Florida Governor Ron DeSantis.

So stupid is not the right word for the guy. Craven, venal and evil might indeed be more fitting than dumb. Self serving certainly works as does willfully ignorant.

Because I don't think he believes his own malarkey for a second. He just knows that his brain deficient base does and that is all that matters.

Still he has taken two positions of late that are so awful I think I have to break with my recent allergy to politics and call them out.

Republicans like to talk about the rights of private businesses to set their own rules. Unless you are a cruise ship company in Florida I guess.

DeSantis does not believe that cruise ship operations, an industry that was prone to large scale bouts with all sorts of infernal diseases even before Covid 19, should be able to regulate who comes on their ships or require their passengers to be vaccinated. Cruise lines were in fact some of the first superspreader locations for the dreaded disease.

This is plainly asinine. About two weeks ago, Royal Caribbean had to delay their Odyssey of the Seas cruise when eight crew members came down with Covid 19. But Ron DeSantis wants to ban vaccine passports.

With populations the size of small cities packed into close quarters, cruise ships are uniquely vulnerable to viral spread. So to comply with CDC guidance and keep passengers and crew members safe, several cruise liners want to require nearly everyone onboard to be fully vaccinated.

But that could now be illegal in Florida, the center of the American cruise industry, under a law DeSantis signed this month that prohibits businesses from discriminating against unvaccinated customers.

"In Florida, your personal choice regarding vaccinations will be protected, and no business or government entity will be able to deny you services based on your decision," DeSantis said of the law, which codified executive orders he had already issued.

What a douchebag. The cruise ship companies are not suicidal, they want the regulations, even if it means racking up big fines with the State of Florida. 80% of the people in his state disagree with him on this issue and want people to be tested and fully vaccinated before they get on a cruise ship. He does not care. How many people have to get sick and die so this jerk can pander to his idiot base? Anything to bring the tax dollars in, no matter the body count. 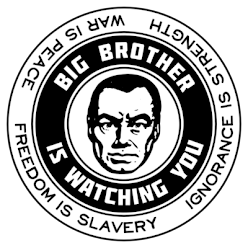 In other news DeSantis now wants to poll University students and teachers as to their personal politics, make sure there is no indoctrination going on and that the Kate Smith version of American history is the only one that can be taught.

That is truly frightening and Orwellian. No one knows what he will do the information he gets but it is plainly none of his business.

Good article on the subject at Vanity Fair, Ron DeSantis goes after free thought with an eye towards 2024.

The three bills, which he enacted during a press conference at a Fort Meyers middle school, were DeSantis’s latest salvo in his war against critical race theory—the right’s latest political bogeyman. DeSantis banned public schools from teaching it this month, on the grounds that it “teaches kids to hate our country.” On Wednesday, he took the deranged culture war a step farther, signing laws that will require students and staff at public universities to be surveyed on their political beliefs; bar higher education institutions from preventing access to ideas students may find “uncomfortable, unwelcome, disagreeable, or offensive;” and force-feeding K-12 students “portraits in patriotism” that contrasts America with communist and totalitarian regimes.

“We do not want false history,” DeSantis said.

This is, of course, bullshit. Teaching kids about racism is not itself “racist,” as DeSantis has charged, and glossing over the less savory facts of America’s history is not teaching students to love their country more, but rather to idealize it. None of this is actually about education, though—it’s about playing up the grievances of the Republican base to improve their electoral prospects. That is far more “repressive” than any liberal professor he can dream up. But, as the bills make clear, he’s not actually opposed to the “thought police”—he just wants to be the one wearing the badge.

“Intellectual diversity should be something every university strives for,” wrote the editorial board of the Miami Herald Thursday, noting that Joseph McCarthy similarly targeted academics in the Red Scare. “But we know the results of government officials policing educators: paranoia, persecution and the opposite of the free speech Republicans say they want to protect.”

In a recent poll, DeSantis polled ahead of Trump for 2024. Truly scary!

This part of the post, “ Craven, venal and evil might indeed be more fitting than dumb. Self serving certainly works and willfully ignorant.” reminded me of William F, Buckley, without his patrician haughtiness. Love the picador like lancing of this bullshit hypocrisy.

I think DeSantis is definitely going for the gold, the Presidency, capturing the Trumper vote. Pence is in there pitching a bit, so he may be going for it too.

Wow! I remember going to school where I was treated awful for being what I thought was a communist. (11th graders don’t really have a great idea what a communist is.). It was such a relief when I was a ble to put down my little red book and figure out that I was a democratic socialist. Pretty su that is also what mom and Don were also. Probably you, because that is the stuff we talked about besides music and smoke.

What is going to happen if it again becomes illegal to go on a voyage of political discovery?