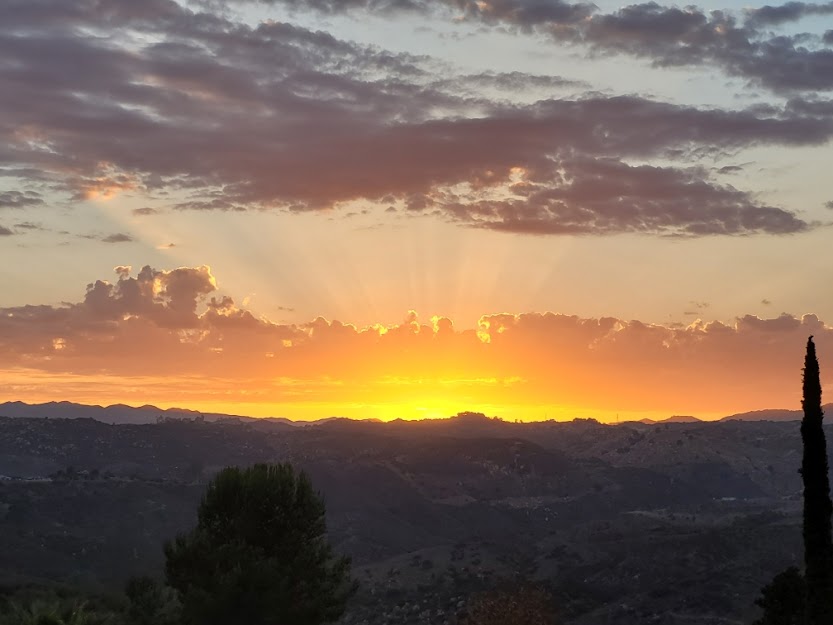 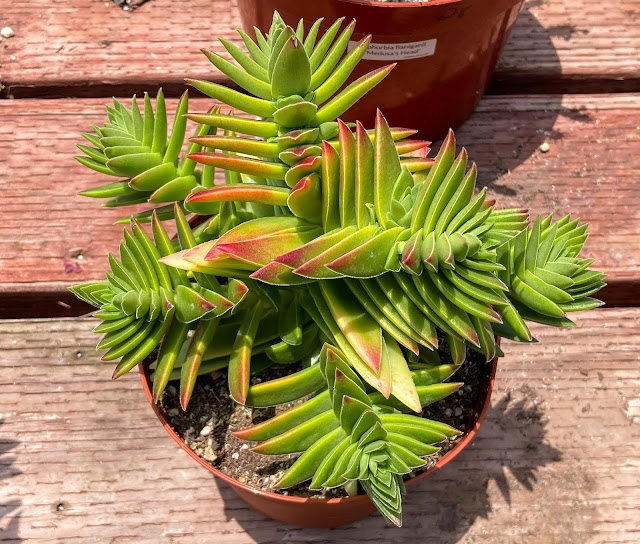 I met Lena at Anderson's nursery on La Costa Blvd. after I came home from San Clemente. 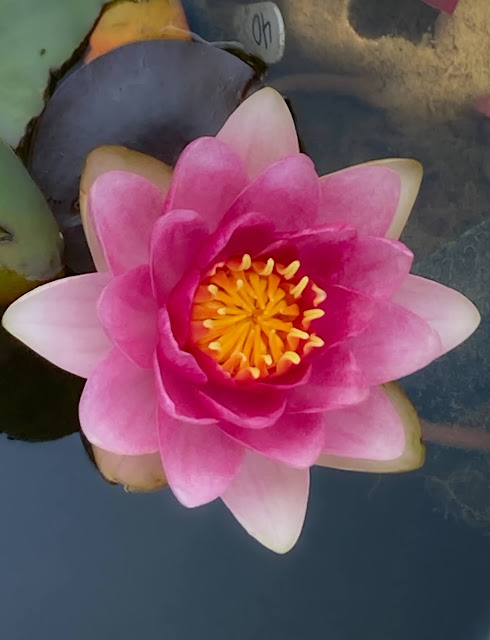 Bought some interesting material including this rare form of Crassula.
I enjoyed walking around and looking at all the nice material. 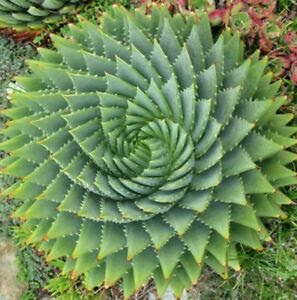 I am on the list there for a spiral aloe if and when they get another one in. Definitely a plant I would like to try to grow although they are tough down here.

Transgender soccer player playing in a ladies league surfaced the other day. How ridiculous and unfair to the other players. Not about identity, about plain biology. 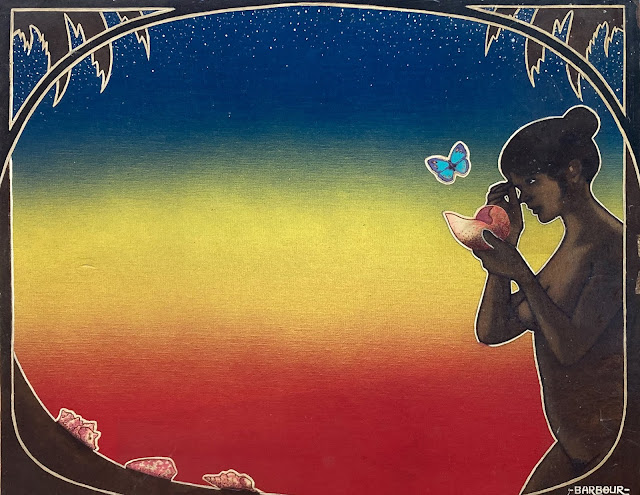 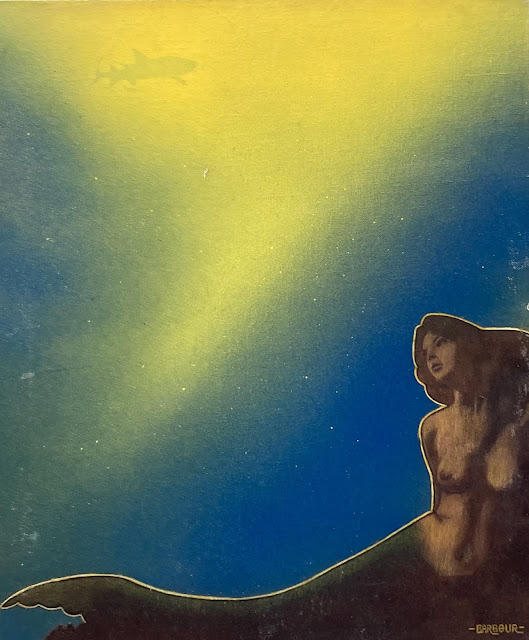 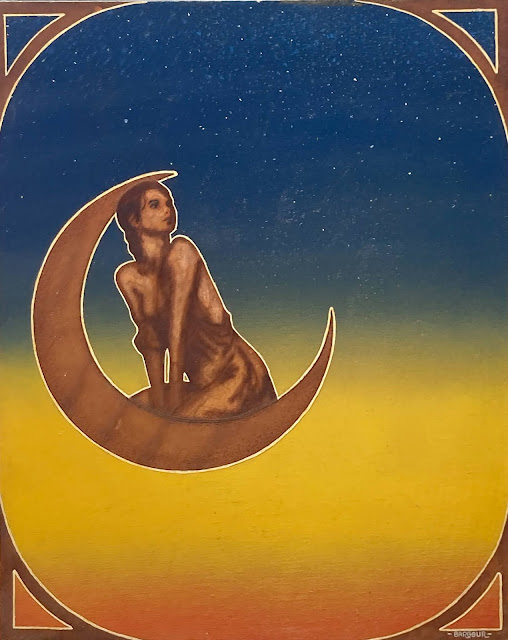 None of my Laguna artist compatriots know anything about the guy.

The work looks very much like other artists of the time, Terry Lamb, Bill Ogden, Lance Jost and Jim Evans.

Need some restoration but really not too bad.

I watched a video of shoplifters in San Francisco the other day stealing with total impunity, in front of guards, in broad daylight.

It is out of control and it is not the fault of Joe Biden.

But it might be the fault of people like Los Angeles District Attorney George Gascón. George wants to let violent offenders out of jail, wants to give young murderers another shot. I am all for redemption but it takes serious contrition first.

And right now, in many places, it is wolves and lambs. And if the predators do not see a major stick bearing down on their heads, I fear their behavior will never change. Anything else is wishful thinking. 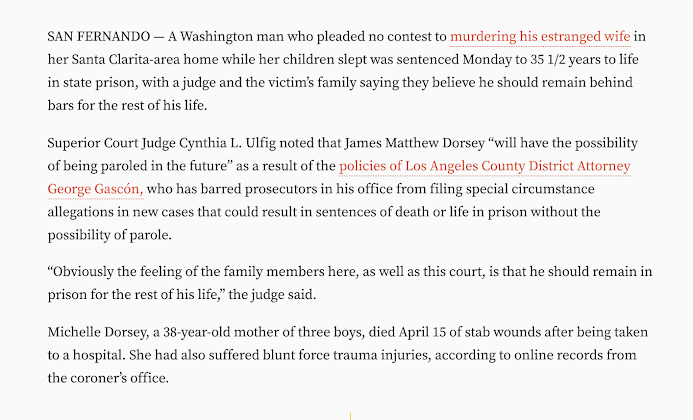 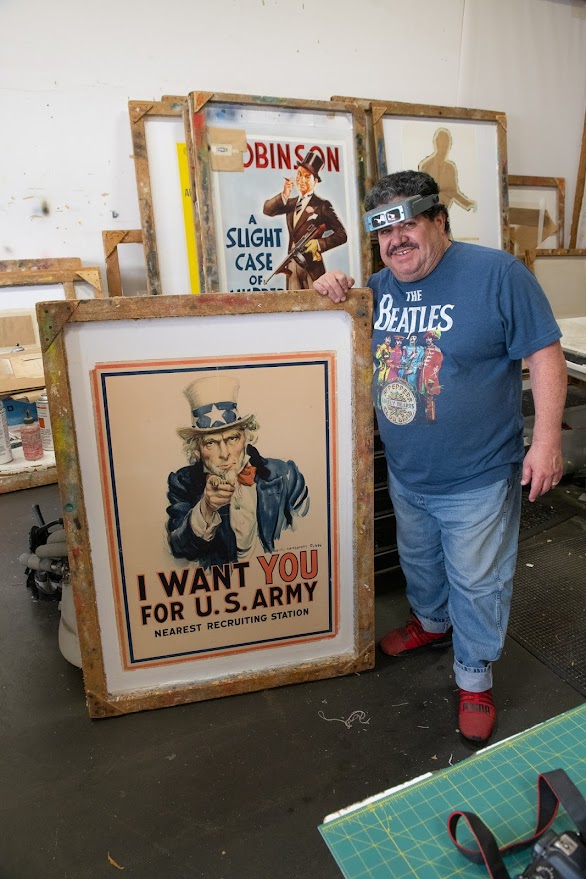 I found a beautiful and original Uncle Sam Wants you poster by James Montgomery Flagg in an estate I am working with recently.
My paper restorer Jaime Mendez is going to make it look beautiful. 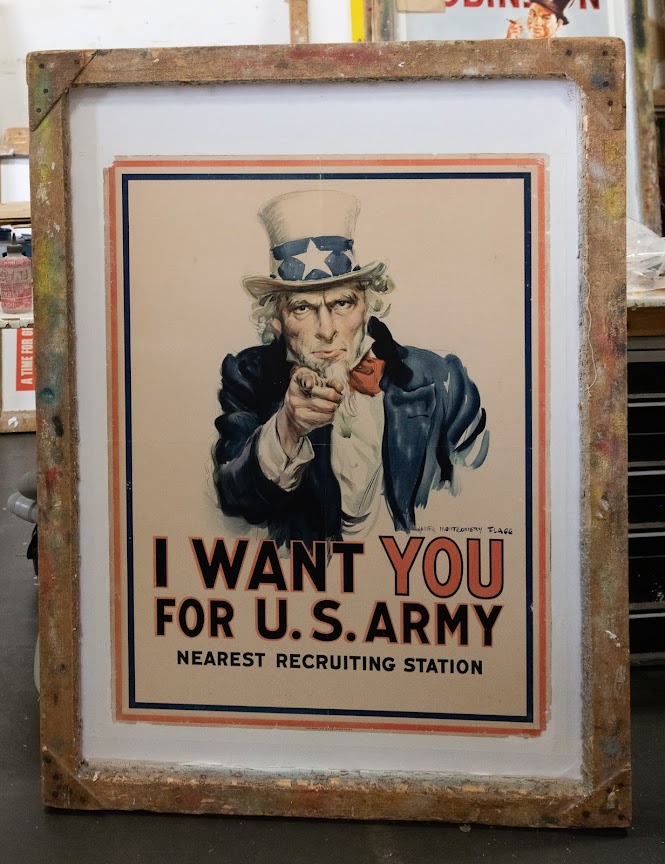 It is a very valuable and iconic poster.
I have another different Flagg marine poster going up for auction in New York in August.
I have some wonderful posters in right now from this particular estate including works by Howard Chandler Christy and  Matisse.
*
I have been watching an old favorite series on YouTube, the Hornblower movies based on C.S. Forester.
It was created in 1998 and ran through 2003 and won a prime time Emmy.
Great acting by Ioan Gruffudd and Robert Lyndsay. Eight episodes in all, I watch them on my lap top. Check them out, if you like this historical fiction sort of thing.
* 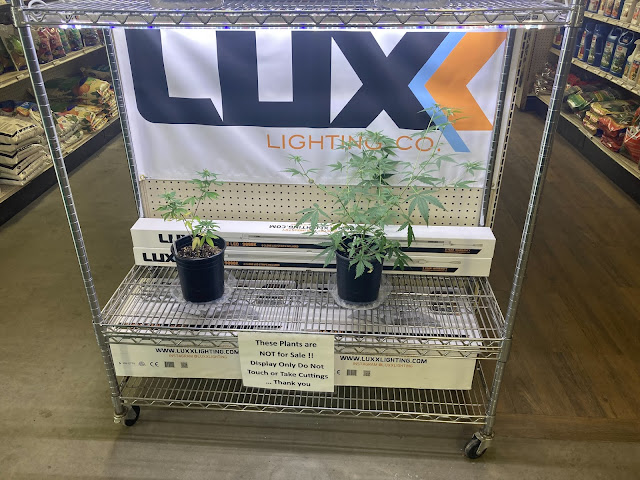 Never would have believed that I would see a display like this at my local farm supply, Grangettos.
* 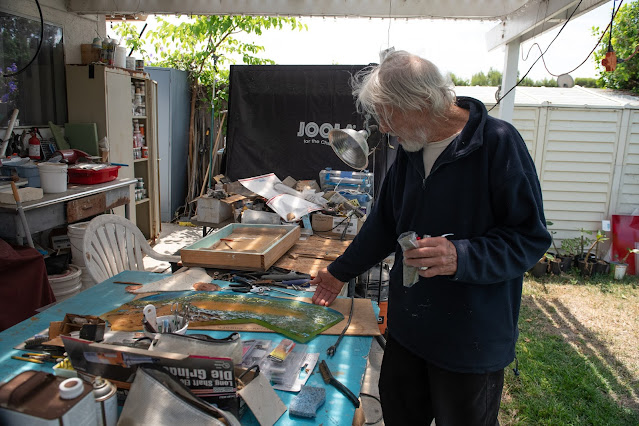 I stopped by and saw my old friend Lance Jost when I was up north yesterday. 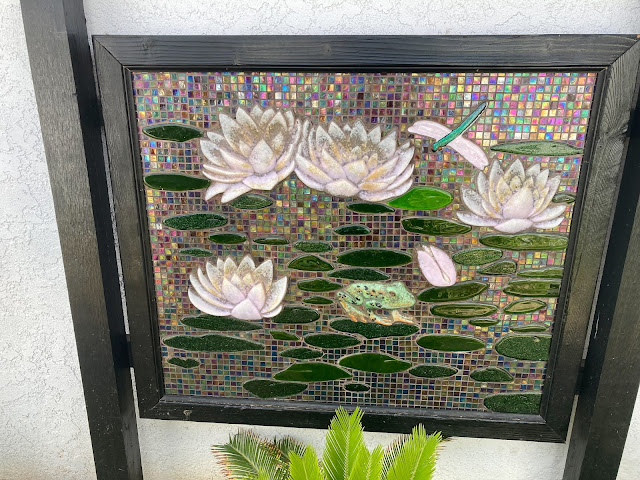 The longtime Laguna artist has created so much, from the murals at Electric Ladyland studios to the more recent Cabrillo Arch murals in Dana Point. 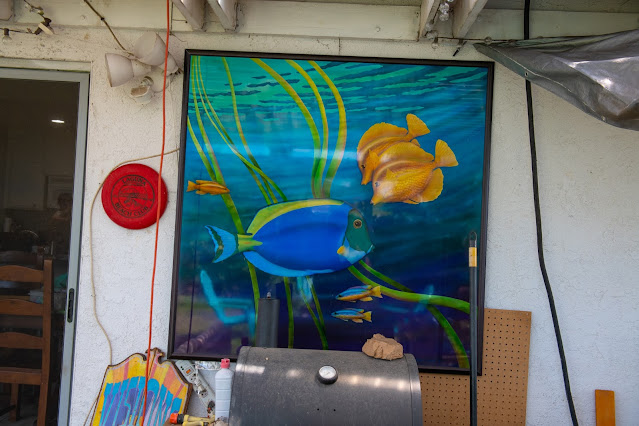 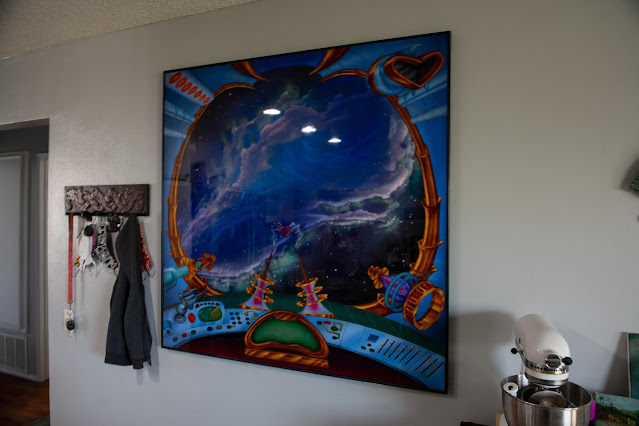 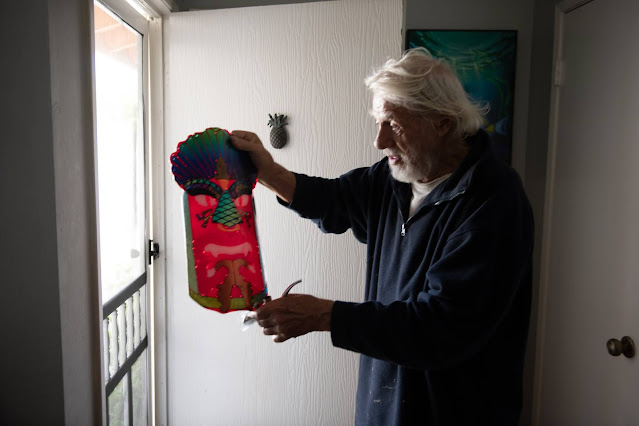 We have been friends for well over forty years. A great artist who never stops creating beautiful things.
* 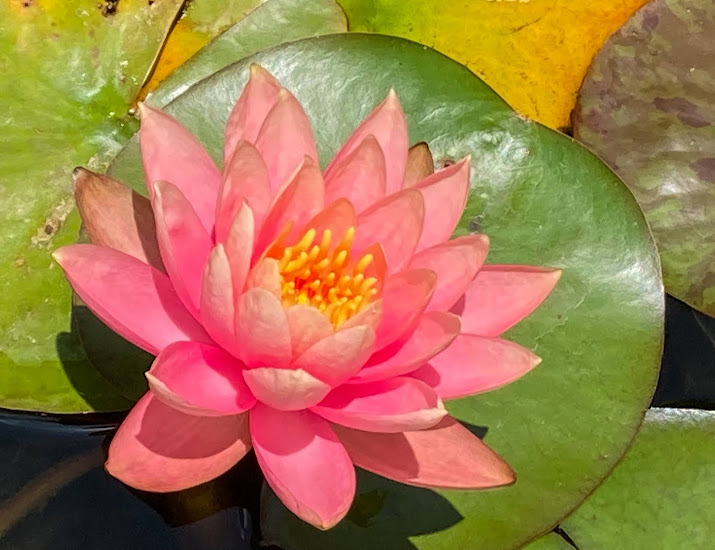 What a great find at a swap meet! We all need beautiful things in our lives. I’ve been buying succulents also and when they bloom what a surprise the amazing and colorful flowers they produce