The next push from the right working its way to SCOTUS might be the most dangerous of all, the return of federal electoral power to state legislators. This would, in theory, allow states to overrule and ignore their own voters and approve their own (fake) slates of electors, as was contemplated in the last presidential election.

The case, Moore v. Harper, concerns whether the North Carolina state legislature is precluded from executing an extreme partisan gerrymander by state courts’ interpretation of the state constitution. If the Supreme Court rules in the legislature’s favor, the court could endorse some version of the theory, which holds that state legislatures have near-plenary control over election rules.

This is supposedly grounded in “originalist” readings of the Constitution. But recent scholarship has debunked this, documenting that founding-era understandings gave a central role to state constitutions and courts in overseeing states’ setting of election rules.

Regardless, what if the court blesses the theory anyway? At least four justices have potentially signaled openness to doing so.

This notion is called the independent state legislature theory. An article on the subject here.

The Constitution refers specifically to the “legislature” in each state determining the time and manner of federal elections.

Backers of the “Independent State Legislature Claim” argue that since the Constitution doesn’t name other parts of state government – including courts – they should have no power to check the legislature on the subject of federal elections. Even if a state’s constitution or laws give power to courts or a governor, the theory argues legislatures should be able to ignore them.

The seeds for this idea, according to the liberal-leaning Brennan Center for Justice, come from a concurring opinion by then-Supreme Court Chief Justice William Rehnquist in the Bush v. Gore decision that settled the 2000 presidential election.

I visit and read quite a few right of center and "libertarian"websites including National Review and Reason. These kind of "We can do anything we want to do, we are a republic and not a democracy" positions are getting more and more prevalent. Saw one the other day that said that democracy isn't even mentioned by the founding fathers.

Here is a piece published by one Bernard Dobski, PHD for the Heritage Foundation. Pay close attention to the last sentence.

America is a republic and not a pure democracy. The contemporary efforts to weaken our republican customs and institutions in the name of greater equality thus run against the efforts by America’s Founders to defend our country from the potential excesses of democratic majorities. American republicanism and the ordered liberty it makes possible are grounded in the Federalists’ recognition that non-majoritarian parts of the community make legitimate contributions to the community’s welfare, and that preserving these contributions is the hallmark of political justice. But, the careful balance produced by our mixed republic is threatened by an egalitarianism that undermines the social, familial, religious, and economic distinctions and inequalities that undergird our political liberty. Preserving the republican freedoms we cherish requires tempering egalitarian zeal and moderating the hope for a perfectly just democracy.

We need to stop being so freaking egalitarian and stop hoping for justice already. Democracy?

Lindsey Graham said the other day that it would be foolish to abolish the electoral college, which has served to elect a multitude of Presidents who have lost the popular vote and subsequently appointed Supreme Court justices that have further exacerbated partisan gerrymandering and lessened the power of minority and urban voters. Screw the will of the people.

He mentioned that with a majority vote, New York and California would be running the show. Which I assume is worse in his eyes, than South Carolina running the show. Lindsey, the same guy who the Georgia Secretary of State, Brad Raffensberger, says kept pestering him to change votes in the last presidential election.

And I get that the founders might have been scared of the tyranny of the majority. But is the tyranny of the minority any less venal and specious?  Because they are completely controlling this country, irrespective of the will of the people and are dismembering our freedoms one right at a time, right before our eyes.

If the Supreme Court empowers the state to do this sort of thing, it is all over. 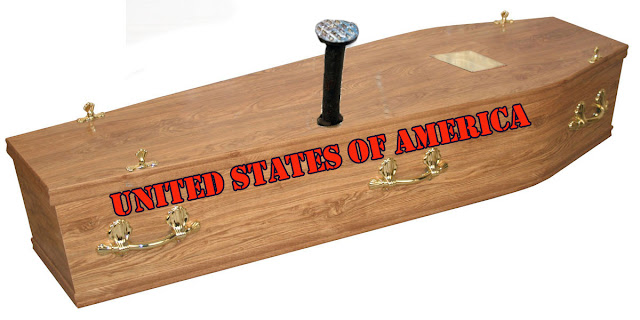 Call me a fatalist, but without democracy in this country, we are toast. And democracy is plainly under attack. This case on its way to the supremes is a patrician's wet dream and could ultimately destroy our country. 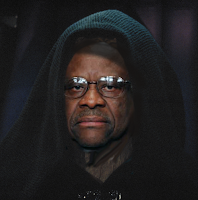 I used to think that the Star Wars saga, with its concept of the evil empire, was just a child's tale. It is looking more and more like a parable and an accurate assessment of a tyrannical takeover that we are witnessing before our very eyes.
Posted by Blue Heron at 3:08 PM

Right on. We need to start thinking Plan B. Italy, Portugal, Canada? I feel like we are in Nazi Germany in the 1920s. Only the smart got out. We all know what happened to the rest. Let’s buy a small town in Italy and start all over. Make it an art and antiques destination.

I'm just too f---ing depressed these days to read the news or even the blogs.
I don't know where we are headed, but it looks like shit to me!

We had a nice balance for a while, but that's long gone thanks to the power greed of the "republicans" and their distain for the electorate. A major problem is the poor education of the population imo. ~ Diane O

For sixty years the Republicans, so-called, have adopted the Bolshevik playbook of destroying civil law for personal gain. And since Reagan in particular they've become the Bait & Switch Party.
And too many "centrists" and even lefties in the Democratic Party continue to fall for promises never once kept.

Abolish the Electoral College says Elizabeth Warren, which sounds good to me, not that it's ever likely to happen.

the last nail in the coffin was Biden!

such a substantive and well thought out reply!

On January 9 I’m leaving for Ecuador for a few weeks. Going to check out both Quito and Cuanca. My retirement dollar will go a lot further there, and so far as I can tell, I won’t be doing the goose step down Main Street…

It's not clear that they would even need SCOTUS to find that there is some blanket power for legislatures to decide directly who will fill their state's Senate and House allotments, and EV tallies, to let red state legislatures decide who will control House, Senate, and the presidency. Of course state legislatures pass the laws that govern the process of taking and counting the votes from the start of the election through to its finalization of the result. This novel theory would give them a blanket power to change results of the process they had already established in law before election day, on the fly, after the election.

Well, my understanding is that over a half dozen states with solid red legislatures, but which often vote blue to fill national offices, have since 1/6 already changed their laws to give themselves this power under their state law. They wouldn't have to grab this power to make changes in election results on the fly, they have already changed the laws in their states to give themselves the power of final unreviewable discretion over how the voters really voted, what the results would have been had all that fraud not happened. The legislature of course, has unreviewable discretion over the existence of this notional fraud. This is generally referred to as election subversion, to distinguish it from their long-standing efforts at voter suppression.

I haven't seen a breakdown of exactly which states these are, and whether any of this legislation might potentially conflict with those states' constitutions. Even in the latter case, to be at all confident that the legislature would not be allowed to get away with deciding who won such elections no matter what their constitutions say, you would have to look at what sort of judges sit on those states' supreme courts.

To be clear, it's not just the presidency at stake. Both House and Senate have rules that deny seating to even the apparent winner of any seat for which a state has not yet finalized the election result. All TX and FL, for example, have to do is claim that the races for as many seats as they need to flip to retain control of House or Senate, that Ds seem to have won, are actually still being legally contested as of the opening day of the next Congress. On every day after opening day, that R majority then gets to refuse indefinitely, by simple majority vote, to seat these Ds, and House and Senate remain R for as long as the R majority chooses to not give up control of those chambers.

The Constitution of course requires states to hold popular elections to fill their allotment of House and Senate seats. In the case of the presidency there is not even the requirement that presidential electors be selected by any popular vote. We have a popular vote do the selecting in every state because popular elections are required by the climate of opinion, the unwritten constitution, the norms, a third rail of our politics -- whatever phrase you want to use for the reluctance of even the most extreme Rs to just openly defy democracy. What these election subversion laws do is to allow popular elections whose results the current oligarchy in that state doesn't like, to be overturned indirectly, after the election, by the legislature. They don't dare change their laws to do something like impose property requirements for voting in national elections, or whatever anti-democratic means they can dream up for choosing presidential electors. They instead sneak in control of the result by the pretense that a final state legislature review of the results of a seemingly popular election is necessary as a final backstop against fraud in those elections. You know, fraud just like the massive fraud that stole over 7 million votes from Trump in 2020.