You better watch your speed... 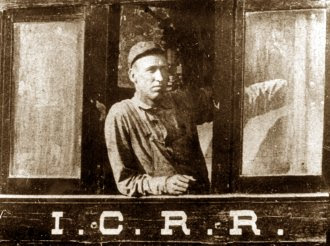 One hundred and nineteen years ago today, engineer Jonathan Luther "Casey" Jones died in a train wreck after valiantly saving his fellow workers and passengers.

Jones was piloting the Illinois Central passenger train on a foggy night when it hit a freight train stalled on the tracks in Vaughn, Mississippi.

He was making the famed "Cannonball Run" from Memphis to Canton and it was a dangerous route, known for its tricky curves.

Jones was a teetotaler and a devoted family man, famous for his acumen with the train whistle. It was said that he was so punctual that you could set your watch by the passing of his train. Once saved a small child from the railroad tracks. 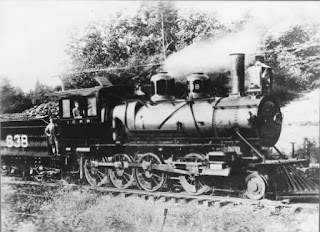 In the accident that claimed his life, the only casualty, they had no warnings, saw no flares or fuses. Casey espied the stuck freight train on the track too late, reversed the throttle and applied the brakes but still drove "Ole 382" through a wooden caboose, and three cars laden with hay, corn and timber.

Everybody else jumped off the train but Casey stayed at his post and tried to guide the iron steed to safety before the fateful collision.

His watch stopped at the time of impact, 3:52 a.m.. When they found his lifeless body, his hand was said to be still clutched tightly around the brake and whistle cord.
Posted by Blue Heron at 8:28 PM