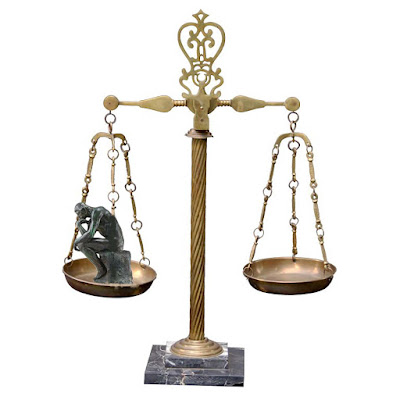 Bill Warmboe gave me a copy of geographer Jared Diamond's article The Global Peril of Inequality when I was up in San Francisco. Diamond is a professor at UCLA and wrote the Pultizer winning book Guns, Germs and Steel. Food for thought when considering the factors that influence migration waves.

The essay is fascinating. It was published last December in National Geographic. Let me know if you get hit with a paywall and I will scan it and post it word for word. He points out that rich countries have average incomes about 100 times bigger than the poorest countries.


The ... result when inequality and globalization collide is that people with spartan lifestyles want affluent ones. In most developing countries, increasing living standards is a top policy goal. But millions of people in those countries won’t wait to see whether their government can deliver higher living standards within their lifetime.
Instead they seek more affluent lifestyles now by immigrating to developed countries, with or without visas: especially to western Europe, the United States, and Australia; and especially from Africa, Asia, and Latin America. Whether immigrants are seeking economic opportunity, a haven from violence, or political asylum, it’s proving impossible to control recent waves of migration around the world.

For a long time the disparity in income and resources went unnoticed but with social media and communication the poor now know what they are missing and they are understandably pretty pissed. Because they are honestly never going to get a seat at the table. There are simply not enough chairs.


Global inequality itself isn’t the direct cause of terrorist acts. Religious fundamentalism and individual psychopathology play essential roles. Every country has its crazy, angry individuals driven to kill; poor countries have no monopoly on them. But in poor countries today, people are barraged with media visions of lifestyles that are available elsewhere in the world and unavailable to them. In anger and desperation, some become terrorists themselves; others tolerate or support terrorists.


We promise developing countries that if they just adopt good policies such as honest government, they too can enjoy affluence—but that promise is a cruel hoax. The world doesn’t contain enough resources. We’re already having difficulty supporting a developed-world lifestyle now, when only about one billion people of the world’s 7.5 billion enjoy it.

The pie is only so big. So what do we do?


...it won’t be possible for everyone to achieve the dream of the developed-world lifestyle. Just do the math.
An average consumption rate per person means the amount of oils and other resources that the average person consumes a year. In rich countries those rates are up to 30 times as high as they are in poor countries.
Multiply each country’s current population by its average per-person consumption rate for a resource—say, oil—and add up those amounts over the whole world. The resulting sum is the world’s current consumption rate of that resource.
Now repeat that calculation, but with all developing countries achieving consumption rates up to 30 times as high as their current ones.
The result: World consumption rates increase by about 10-fold. That’s equivalent to a world population of nearly 80 billion people with the current distribution of consumption rates. Some optimists claim that Earth can support 9.5 billion people. But no optimist is crazy enough to claim that the world can support the equivalent of 80 billion people.

Diamond says that the issue is not hopeless, we could change. We could curb our excessive consumption and make it fairer for everybody. Just like we could lessen our reliance on fossil fuels. But unfortunately as everybody knows, we won't.
Posted by Blue Heron at 4:40 PM

Follow the money. No one in Central America, and especially Mexico, do anything without being paid. Bringing busloads of 'migrants' up to unload at the southern border is pricey and they aren't paying their own way. It is harder to get into Mexico's southern border than the USA's, so someone is being paid off.

The news accounts spread the misconception that families of 'asylum' seekers are streaming across, but the reality is 85% are young males wanting higher paying jobs, or any jobs at all. If you can get a free ride to the promised land under the guise of fleeing repression, you're all in.

An aging population votes more conservative and more often. With a stagnant rise in the American populace, only an influx of 'migrants' will keep the Left competitive, provided they all vote the way they 'should'. But that presents a problem for the status quo, with the 'minorities' now comprising 60%+ of the Democratic party, with white male participation pushed to levels below 20%. To look at the makeup of the leaders of the party you'd never know it.

When that changes, with the die off of the aging white hierarchy in the Democratic Party in the next decade, the two parties will be officially branded as 'white' and 'minority'. Or a third party could emerge in the form of 'White' Democrats. And in the next quarter century, look for a name change in the Southwest to Northern Mexico for the Golden State, and New Aztlan for Arizona. Nevada and New Mexico (naturally) will stay the same. If you build it, they will take it.

I believe that you have missed the point of the essay entirely. You might want to reread it.