Had some interesting eats in San Francisco. Stuck around the South Bay mostly. First night out with Loughlin in Burlingame, we went to Sapore Italiano. This is Michael's favorite local restaurant, it was my second visit there. I arrived a few minutes late, very hard to find parking on Burlingame avenue. We started off with brushcetta and arancini for appetizers.

I ordered veal scallopine a la marsala, Michael chose the veal piccata. Although the food was certainly delicious and the place is wonderful, clean and airy, I thought the food was a little better on my first visit. The arancini was slightly underdone. My marsala sauce was a bit heavy, Michael's piccata was better than mine. Still an excellent meal, hard to go wrong there.

Second night out was with Rick. I have been jonesing for Peruvian food lately. We tried to get into Limon Rotisserie in Burlingame but it was absolutely packed. It looked a little bit fancy but we were after all, in the very affluent town of Burlingame and most everything is upscale. Maybe I will try another time, did not feel like waiting.

Instead we walked around the block and decided to go for Burmese food at Rangoon Ruby. It is right next door to another Burmese restaurant, an older one, I bet they loved the newcomer moving in next door. In fact there are a whole bunch of Burmese places in the San Francisco area, never seen a concentration like this anywhere.

Rangoon Ruby is a small chain, they also strangely enough also own a Peruvian restaurant in Belmont. They stuck us way in the back, past a door in the other room, perhaps afraid that my unkept hair and scruffy demeanor would scare off the landed gentry.

I ordered Burmese curried pork, Rick is having a tough time physically with spice, he had a pumpkin stew of some kind. I ordered moderate heat, Rick said no heat and his dish turned out sort of bland but flavorful. My meal was good and the coconut rice was delicious. I am not very well acquainted with this cuisine but it is definitely different than thai and worth getting to know better, 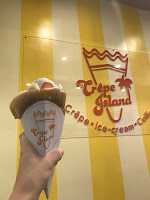 Afterwards we decided to do something about Rick's late in life sweet tooth and found a place called MK Crepe Island that served crepes and ice cream. Our server was Cambodian, they also served Banh Minh. The French were around those parts for so long of course they can make crepes although mine was a little thick and chewy and served like an ice cream cone. It hit the spot.

I had been thinking about Peruvian all week. Made up my mind to get some even if I had to go alone. No need. Faithful friend Rick was on board. Lots of places within a couple miles of the show, we settled on Mancora Cebicheria.  The restaurant was spartan but very authentic. In fact we may have been the only gringos around in the packed joint.

Now I am far from an expert on this cuisine but I really have enjoyed my limited exposure. I ordered my mainstay, aji gallina, Rick had seco norteño, a braised lamb shank cooked in beans, white rice, cilantro beer broth and onion sarsa. We traded bites, mine was good, although half the size I get at Panca in Oceanside, his was simply over the top fabulous. Had a salad and savory empanadas too. 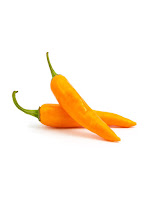 The root of my love for this cuisine is that delicious little pepper, the aji amarillo, there is nothing else in the world quite like it. My dish was slightly different than what I am used to, they use walnuts instead of pecans in the sauce and add olives as a garnish. Both versions great.

Next time I am up I will try one of the other places although we both will certainly come back. Dessert was picarones, a deep fried sweet potato with powdered sugar and syrup. And flan. Excellent. 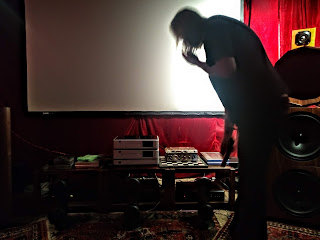 Pizza one night at Kerry's. Old dear friend with incredible sound system. Decent pie, if a bit overloaded with olives.

Sunday night I went to dry up my tears after a crappy show and decided to visit my old reliable South San Francisco food hangout, Grand and Linden. But where to eat? XLB kitchen was so bad last time out that I think I am finally done with it, gloppy chow fun and very shitty attitude on the part of the staff. Too many other places to get xiao long bao without the tsoris.

I thought about Ben tre, the delightful Vietnamese place on the corner but settled on Grand Palace Seafood Restaurant, a big, ornate Chinese affair that does dim sum during the day. Wouldn't kill me to try something new. I ordered a prime rib chow fun with XO sauce and a combination barbecue platter, a lot of food. 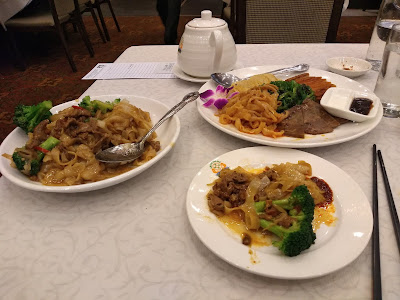 The chow fun was pretty good, the barbecue plate was very creepy. The roast pork was delicious and identifiable, very crispy on top, the rest of the stuff looked like it crawled out of the deep. I asked what the stuff was, no one could or would tell me. One item looked like a brain cross section. Eech! Sort of ran out of there. 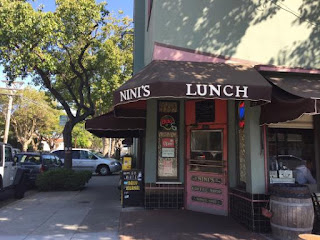 Had a nice breakfast with Warmboe, Cam and Diana at Nini's coffeeshop the next morning. Good food and a nice patio where we dined. 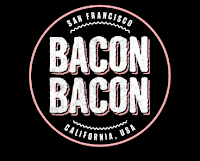 Later on Dave took me to a place in the Haight called Bacon Bacon which was not very impressive. People may love it, and apparently they do, but my grilled cheese and bacon sandwich with bacon jam tasted rancid and the coffee in the jam was slightly off putting. Hype, not flavor. 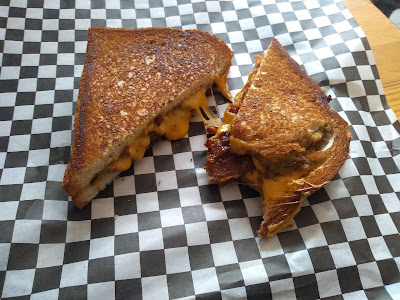 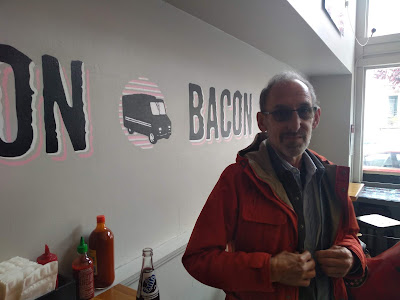 Nice to hang out with my buddy. So this was a different trip for me, no Creola, no New England Lobster Company, no Iron Gate, no Koi Palace, still I managed to eat pretty well all in all. And thanks to all of you who picked up the check.
Posted by Blue Heron at 11:08 AM