People are very upset about the fire at Notre Dame and justifiably so. What a terrible loss. It is an incredible building with stunning stained glass. But in the final analysis, it is a building, and in a design sense, let's be frank, it was strictly outre. 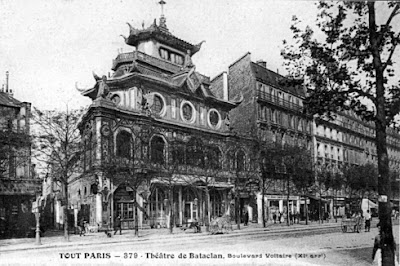 On a slightly different subject; in my mind, the toll of the conflagration doesn't come close to the enormity of the tragedy at the Bataclan in Paris in 2015, the terrorist attack that killed 89 people. Buildings can be replaced, it is much more difficult, if nigh impossible, to replace people.

My understanding is that it was time to give the eight hundred year old bird a facelift anyway. We're in the 21st century now, my god. Get with the times. Au revoir, already.

I hear that they are going to lean heavily on chrome and split faced travertine in the upgrade, try to go a little bit danish modern. Lots of teak. Wouldn't kill them to put up a little wallpaper either. Maybe something metallic?

And all that religious stuff? I don't know about you but I think it's a real downer. Why not lighten it up? I'm thinking coral and pistachio with subtle notes of graphite. 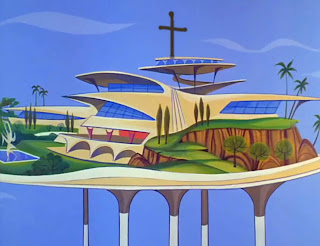 Overstuffed pews in pony hide would be a nice way to go too. Some of that slick Italian lighting. Corian for sure. Let Damien Hirst do the new windows. Maybe throw in a little Walter Keane. Should be very exciting. Time to swing, no?
Posted by Blue Heron at 4:51 PM

Just wondering,why do people need to donate to rebuild this church? The Catholic church with their tax exempt status and billions and billions of dollars can certainly afford the expense.