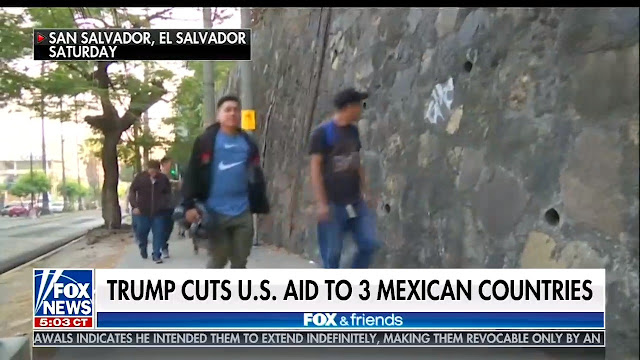 This geographical mistake has of course sent the entire twitter universe and mainstream media into a paroxysm of tweety delight and Fox, the ostensible state news organization, was quick to order a retraction. Good for them. There is, in fact, only one Mexico. I looked it up, you don't have to double check.

My interest in the story ran deeper, or should I say, shallower? It was the word chyron, which I admit to not being ever familiar with. I knew chiron but not chyron. Chiron was a divine centaur. Could there be an etymological linkage somewhere?

I looked up the word. 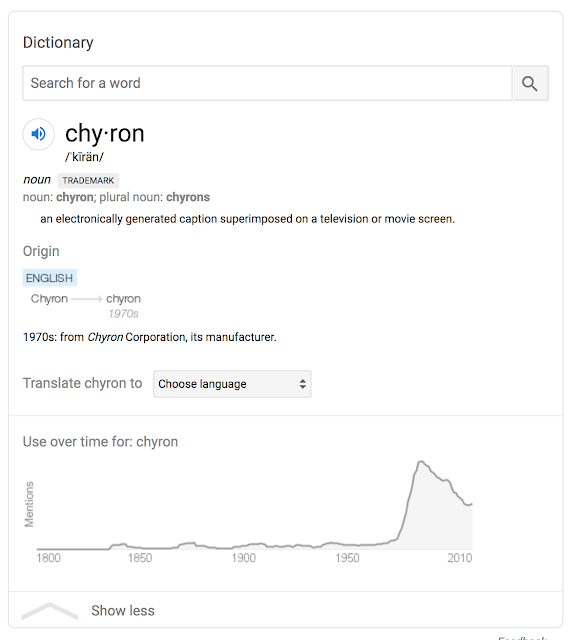 Relatively new word, coined in the 1970's, the caption on a television or movie screen.

I am not going to apologize for not knowing the word, we were off of television for over twenty six years, a lot has apparently passed us by. Eponymously named for its manufacturer, the Chyron Corporation.

And what do you know, the seminal company, Systems Resources Corporation, founded in 1966, ultimately changed its name to Chiron, named after the centaur of Greek yore.

Chiron was a pioneer in character generation for broadcast technology, they made the first arrival and departure screens at airports. 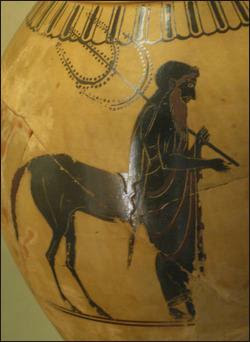 The son of the Titan Kronos and the Oceanid Phylyra, the result of a violent rape, Chiron was deemed the "wisest and justest of all the centaurs." Chiron also differed from the other centaurs in that his front legs were human and not equine. Wasn't actually a centaur at all, with his strange parentage, not that we ever get a choice in such matters.

He was the half brother of Zeus, known as a teacher, a healer and a prophet. Rejected by his mother, his first wound, he was then raised and taught by Apollo. His mother, not able to bear her shame, was transformed into a linden tree. He himself became a master of science and a teacher to many, including Heracles and Jason.

Somewhere along the line the corporation Chiron must have wanted to get away from all that ancient mythology business and re-corporatize the name so they came up with a nifty moniker that meant absolutely nothing, Chyron. Probably a glib fellow from marketing was responsible, who knows?

Chiron the immortal is also known as the wounded healer. He was accidentally gravely hurt by his friend Hercules, the result of an arrow shot to the knee that caused him immense pain. That particular day Hercules had coated his arrows in the poisonous blood of the monster Hydra. This made the wound especially excruciating. That was certainly a problem as he was immortal and forever is an awful long time to hurt.

After, and you will have to excuse the expression, a little horse trading, he finally swapped places on the rock with Prometheus and was allowed to die and escape eternal torment. Remember Prometheus in chains, getting his liver eaten on a daily basis by the eagle? Ouch! 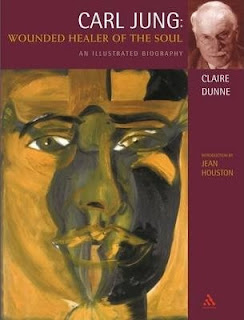 The wounded healer was often referenced by the psychologist Carl Jung. Jung felt that the analyst was compelled to heal patients because he himself (or she herself) was also wounded.

Subsequent research has borne out the fact that a significant majority of psychotherapists have had early wounding experiences that they say led to their career choices. 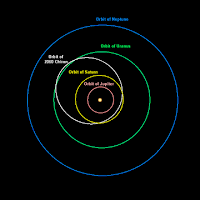 Chiron is also the name of a minor planet in the outer solar system, discovered by Charles Kowal in 1977. It orbits between Saturn and Uranus.

Officially known as 2060 Chiron or 95P/Chiron, it was the first-identified member of a new class of objects now known as centaurs—bodies orbiting between the asteroid belt and the Kuiper belt. It is slightly unstable. Like many psychotherapists.

Speaking of centaurs, I have heard the term used to describe transitional furniture and decorative objects that fall between design periods. The urban dictionary has its own modern definitions, among them pejorative terms for unfortunate body types and a vulgar sexual act.

Some reference Chiron as a boatman on the River Styx but that is Charon, an entirely different character altogether.

Which brings us to the similarity between the Star Trek voyager Enterprise...and toilet paper.

They both circle Uranus looking for Klingons.

That joke never gets old, does it Scrota?

On Jung, I think the psychological wound is a big source of empathy for mental health workers. That kind of thing occurs with medical workers too who have often been touched by medical disasters of one sort of another prior to becoming clinical workers. It is pretty mysterious. My wife and I take care of many critters rather constantly now as that helping impulse doesn't go away. Go figure. Perhaps I wouldn't be in this situation if I hadn't joined Genghis Khan's army in a past life.