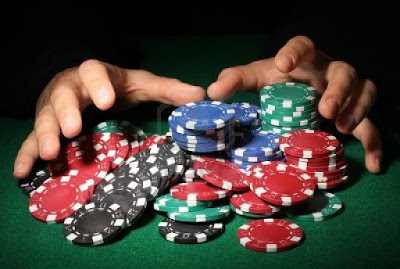 Every day I feel more and more like an anachronism. I think that I am going to do pissy geezer so very well some day, if ever given the chance.

I have been having problems with the key fob for my old Dodge Caravan. It has developed a mind of its own. I have left the front door of my home in the morning only to find the hatch and sliding door of the van wide open. I thought that the fob might need a new battery but that didn't help.

These fobs cost about $250 now, programmed and installed. Ain't cheap being a citizen of the 21st century. I heard that the kid at Joe's Hardware was pretty handy with these things. He took a look and thought he had the ailment fixed but it went crazy again about a week later.

It would open the locks without me even touching it, flash the hazards, all kinds of weird crap. But I have a show in San Francisco this week and can't tolerate a headstrong car that can't be secured.

I broke down and went to the dealership. The diagnosis?  The fob, like its owner, was a touch oversensitive and was officially pow. Moisture, wear, blah, blah, blah. Friday the new key came in. Mexican dude started programming it but I could see he was running into problems. I asked him wussup and he showed me about ten codes on my car that were code red; the emergency brake light I de-wired from the system after the packrat ate the insulation wire for dinner in Santa Fe, the defunct tire sensor that I am not going to pay $600 for, etc.

Didn't I understand that in this brave new integrated world of ours, the key wouldn't work unless all of these items were taken care of? Just what I needed, more shame from my key fob. I cursed under my breath said something in spanish like, no lugar en el mundo por uno hombre pobre. He looked at me with a flash of understanding for a second and said lo mismo para mi, not to worry and somehow buried the dastardly warning codes and got me back on the road. Thank you kind stranger.

*
While I was cooling my jets at the dealership I took a look around and saw that car colors have gotten very monochromatic. Hard to get something these days that is not black, white, pearl, silver, anthracite, metallic, charcoal, graphite, carbon, tungsten or any one of a thousand other shades of gray. Although blue is starting to trend.  Black, white or silver are the most popular car colors in every single category of vehicle, and they have been for some time.

Was reading something last year that said it was almost impossible to find a gold, brown or earthtone colored car these days. Odd, wonder why that is? I know that you can find blue or red but not much else. If I was in a market for a new car the gold tone would make sense, living on a dirt road it would hide a little more dust. But warmth is out. Car buyers want C3PO, not Jabba the Hutt. 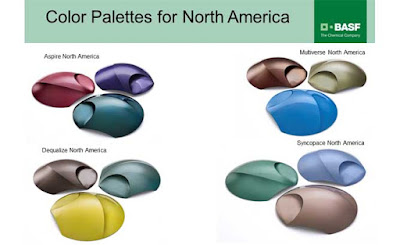 I looked up 2019 car colors today and got this.

You’ll notice more hues of blues and grays reflective of technological advances and space exploration. The gray tones mimic the consumer electronics used on a daily basis such as cell phones, laptops, and tablets. The blue tones are thought of to be a resemblance of the blue-light screens we look at every day, and to reflect the growing presence of space exploration.

Well whoopty freaking doo. Car colors that mimic our stupid video screens and cell phones. Like we don't look at them enough. Gawd. Get me off this dreadful spaceship of fools. Then there was this:

While millennials are the newer target market for carmakers, they still have to consider all markets and provide color options accordingly. If you’re not a fan of the bright colors, don’t fret because white and black are still the most popular car colors with demand at 42%.

You humans are so boring. Predictable and boring, without a lick of creativity, the whole lot of you.

Some of the new car color names are a real hoot. How about gray ambivalence?

BASF predicts its new "Gray Ambivalence" will mesh well with a culture that is taking the lead when it comes to humans interfacing with artificial intelligence, although its name for this metallic gray seems more reflective of a baby boomer's stance on millennials.

You got that right. What's next, pouty blue insouciance? Burnt umber misanthropy? Do you have the full blown sepia psychosis in a four door, Bob? Sorry, I think I missed my stop.

Had a mercedes e320 that was C note and thousand dollar billing me to death for the past few years. When I got a quote for $1,500 for a computer control chip in the steering wheel, that was the last straw. Traded it in for a red toyota siena, and couldn't be more happy. Great vehicle, maybe the best that I've evet had. V8 with excellent fuel economy, 4 wheel drive, bigger payload, great visibilty and can carry six passengers. Sits high on the road. I could go on and on. Far superior to the german car. And all I do is change the oil and rotate the tires every 5,000 miles. Great for road trips. Love my toyota.

I just recently got a Subaru Forrester and I wanted blue. Couldn't get it. All I could get was gray, white, silver. I didn't care much about the car but I just wanted blue. Seems easy enough. All cars look alike these days!!!