I saw the Avengers Endgame movie yesterday. In 3D. I hate to say it but it was a bit meh. Tedious. Too many characters, too many wry one liners, not enough oxygen in the universe. Poor movie only had a $1.2 billion dollar opening, I'm sad for them. Pretty sure a lot of folks genuinely loved it. Looked like a movie designed to tie up a whole bunch of loose ends.  In a little over three hours. 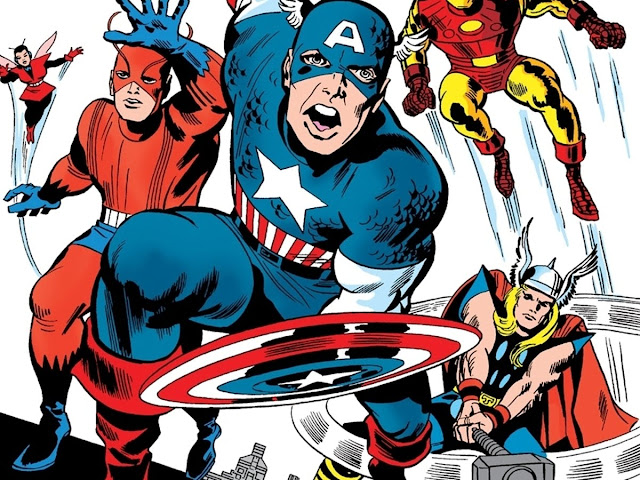 I was a big comics guy as a kid, read the Avengers from issue number one. Even met its creator, Jack "the King" Kirby and got a drawing from him once. Wonderful, brilliant guy. But the Avengers never resonated with me like the X-Men did, at least in their inchoate periods.

Structurally it was always a little difficult for me to balance the powers of your normal everyday superhero with a god, like Thor, who came off as a fairly prissy guy even in the beginning. How do these people manage to play together? 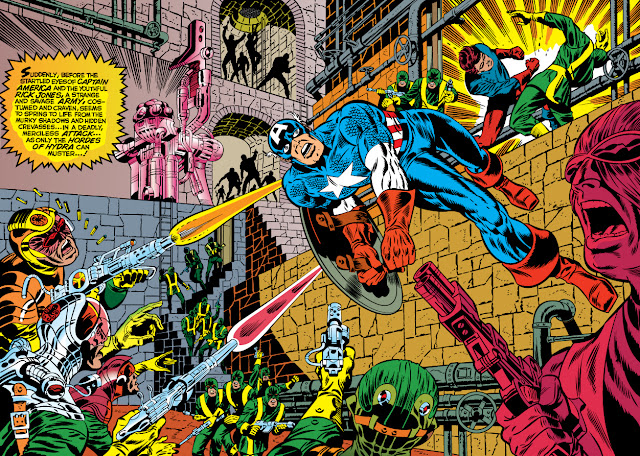 Thor kind of went to seed in this movie, which I sort of enjoyed. Once a buff Asgardian god, now a fat drunk.

Captain America was always a little too rah rah and clean cut for my hirsute personality. Always loved Vision and Dr. Strange, especially the Steranko stuff.

I stopped reading probably late seventies, after Quicksilver and Scarlet Witch but before She Hulk and Captain Marvel entered the Avenger family.

Captain Marvel is getting a lot of play as the toughest and most potent of all the superheroes. She has a pretty cool role in this movie, certainly a badass. 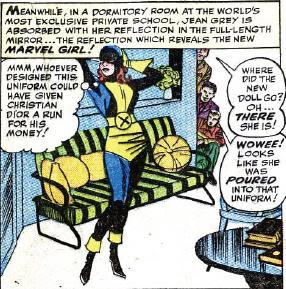 To me, the most powerful superhero of all has to be Jean Grey, originally Marvel Girl and eventually the Phoenix from X-Men.This woman could destroy universes and nebulas, dissolve matter into neutrons and quarks in the time it takes to brush lint off your collar.

That is the kind of person that you want on your team. Plus she was a hottie.

But she was woefully miscast in the X-Men movies and always looked like she was on the verge of going off on a full blown psychosis. Wasn't a pleasant person to be around. Hormonal. Drama queen.

I don't think Captain Marvel or anybody else would want a piece of her, at least until she went through a little analysis. Think of a pissed off Betty Friedan with superpowers. 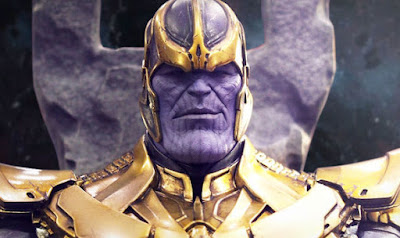 The plot on this one plodded. Too much time travel and too many heroes to give any real breadth to.  I don't think I have missed a movie in the franchise but I still can't keep track, who is the lady flying around on Pegasus again?

Thanos reminded me of Alan Alda or Phil Donohue, when he wasn't smiting and conquering worlds he was puttering in his garden, always good for a genocidal killer to work on his softer side. But what's with the grooves in his jaw? Industrial accident? Did he get hit with a rake?

I left the movie thinking that I had just wasted three hours and two minutes of my life that I would never get back.
Posted by Blue Heron at 9:21 AM