Clowns to the left of me, jokers to the right... 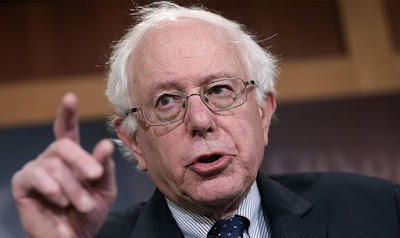 I was reading a rather scary article today about Venezuela. According to the article, which is a product of Fox and so not entirely above suspicion, certain far left democrats are agnostic if not outrightly pro Nicolás Maduro, the country's socialist dictator.

As the country’s problems worsen, Democratic Venezuelan-Americans question whether their party’s actions go far enough. A growing number of exiles say they feel forgotten by a new generation of outspoken, progressive Democrats, leaving them less beholden to a party they had long supported.
Issues that for years were hotly debated in an area of Miami known as "Doral-zuela" due to its vibrant Venezuelan community, have made their way to the ears of some of the most powerful lawmakers in Washington, D.C.
The Venezuelans are angry that, as the country continues to spiral, some Democrats keep calling on the U.S. to pull out of Venezuela and lift all sanctions against the government.
“This is where the Democrats have consistently dropped the ball…they have never felt like it was an important issue…it's very difficult to feel and coexist in the same party that is saying these things are so ignorant about my homeland,” said Venezuelan immigrant Helena Poleo. 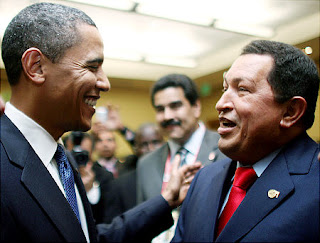 This new rapprochement from the American left towards Maduro makes me feel very ill. I sympathize with these emigrants. This Venezuelan government and its predecessor have been a disaster for their country and the western hemisphere in every way. Chavez and Maduro have established a beachhead for Iran and international terror in the west. They are now a  bastion of anti-semitism.

They are also regularly using death squads against their own people. Amnesty International accused Maduro of being responsible for at least 8292 extrajudicial executions in his country, a number that is now surely much higher.

Hugo Chavez silenced the opposition and the media, nationalized all the productive industries and declared himself President for life. Maduro has made things even worse. I have written about the disaster that is Venezuela for many years. Unfortunately much of the worst of it was under Obama's watch and enabled by his laissez faire attitude towards the socialist dictatorship. 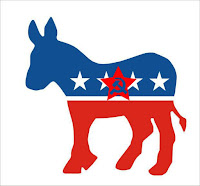 Bernie Sanders has hired Hugo Chavez's own speechwriter apologist David Sirota, as a Senior Advisor. This is where I get off the bus. The new progressive radical wing of the Democratic party is going to lose this stalwart centrist in very short order if this is the way things are going to be.
Posted by Blue Heron at 5:18 PM

I thought Socialism was about the collective. Maduro won't even let foreign aid in to feed starving people. Distribute the wealth so everyone can be equally miserable.

David Sirota is an American of Ukrainian descent, he is a reporter and was never a speechwriter for Hugo Chavez, though Sirota did approve of Chavez in 2013 when Venezueala's economy was booming and social inequities were being rejiggered.

Bernie Sanders does not support U.S. intervention in Sourth America nor does he support Maduro:

On Monday, Sanders defended himself from heavy criticism on all sides when it comes to Maduro, saying he is opposed to any U.S. military intervention to displace a leader, citing “unintended consequences when a powerful nation goes in and tells people who their government will be.”

Still, Sanders acknowledged that the situation in Venezuela, where the U.S. and dozens of other countries have recognized Venezuelan National Assembly leader Juan Guaidó as the nation’s interim president, is terrible.

He denounced Maduro’s blockade of humanitarian aid at the country’s border and acknowledged that the last presidential election there was “not a free and fair election.” But he said "there are still democratic operations taking place in their country" and called instead for a new internationally supervised election.

"Powerful nations should not tell people who their leaders should be." When I hear this sort of isolationist tack I think back to the Warsaw ghetto or the Killing Fields. The Maduro government has killed a lot of innocent Venezuelans, it is foolish to expect the citizenry to be able to force a coup or revolution. The Neville Chamberlains and Rand Pauls of this world have a lot of blood on their hands, if you ask me.

I was wrong, you are correct, Sirota did not work for Chavez, he was though, quite the cheerleader for the despot.

“No, Chavez became the bugaboo of American politics because his full-throated advocacy of socialism and redistributionism at once represented a fundamental critique of neoliberal economics,” Sirota wrote, “and also delivered some indisputably positive results.”

We should not be isolationist but after 1945, our wars, occupations, interferences and interventions in Korea, Cuba, Vietnam, South and Central American countries, Kuwait, Afghanistan, Iraq, Libya, Syria, Yemen and more, have not turned out well. For us or for for them.

The Armenian genocide should have been stopped.

The world should have squelched Hitler before he even got started. Way before Kristalnacht.

We should have stepped in when the Khmer Rouge were slaughtering their own people.

Same with Rawanda. And Burma.

But why did we prop up the Shah of Iran?

And why did we support the terrorist Contras in Nicaragua?

Why are we helping Saudi Arabia bomb innocent civilians in Yemen?

Ever since 1945 we've only interfered in foreign affairs when they enrich the military-industrial-governmental complex and ignore what doesn't.

Hard to disagree with any of the points you made.

You mean Alt-Left Trotskyite.....Lenin would be delighted......You always remind one

of a fifteen year old who just read their first Das Kapital!

Really Ho? Funny, you remind me of a goosestepper getting his first brown shirt for his thirteenth birthday. Ever thought about summer camp?

What did Vlad call his legion of vapid airheads who would buy into any Leftist garbage: