When I was a kid I was a voracious reader as was the rest of our family. Being the son of a history teacher/ book editor, our family library was vast.

We collectively eschewed television and devoted our love and attention to the written word.

I was a serious consumer of fantasy. Although I loved Tolkein, I quickly tired of dragons and swords and the like and found myself attracted to earlier, more potent stuff. Faerie and literature of noble, forgotten realms. The Well at the World's End and The King of Elfland's daughter, magical tales like that.

Authors like Lord Dunsany, William Morris, Lovecraft, Stevenson and Cabell besides the normal precocious adolescent attraction to Hesse and Kafka. Later I discovered my literary hero Zelazny and the darker and more prescient Philip Dick. All authors that probably don't get much play today.

I am currently reading a great early compendium of fantasy, Treasury of the Fantastic by Sandner and Weisman. Keats, Irving, Poe, Shelley, Tennyson and William Austin amongst others. Didn't realize so much great early fantasy work existed. Did you know that Keats died at the unbelievably early age of twenty five? How do you assemble a great body of work at twenty five? 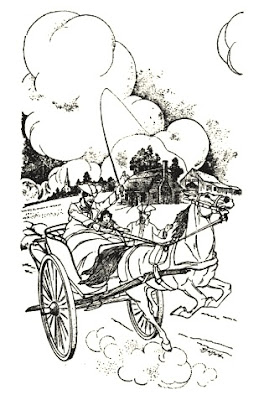 Austin wrote the excellent, serialized story titled Peter Rugg: the missing man in 1824 under the pseudonym Jonathan Dunwell. Hawthorne was a big fan as was Melville. Very entertaining tale.

Do you realize that they have largely denuded the libraries of readable titles and that it is almost impossible to find tangible copies of the great books of yesteryear anymore? Takes me an hour to find anything halfway decent to read at the library. Can't even find Rex Stout anymore. I was hooked on Arturo Perez Reverte's Alatriste saga and the publisher won't even translate the last book from Spanish and has no plans to in the future. I wrote the author, apparently it is out of his hands.

We don't just discard authors today, we discard and dispose of near centuries of work. Bob Dylan was accused of plagiarism for plying the work of confederate author Henry Timrod some years ago. I say good for you Bob Dylan, thank you for rescuing from the ash heap a man that the giant Tennyson called the Poet Laureate of the Confederacy.

I was looking for a particularly dark and beautiful tale by Lord Dunsany the other day and found it online. It is called Time and the Gods and was written by Edward Plunkett, the 18th Earl of Dunsany, in 1905. You can read it here if you wish. The story I love is called The Journey of the King. I particularly like the ending and remember sharing it with Rick Griffin when he was alive.

I love writing short stories and fiction and never seem to have the time anymore. Requires a certain amount of security to give the mind time to sufficiently wander, security that I have been sadly lacking of late. My writing has been reduced to that of a reactive diarist, my troll wrote me a particularly nasty comment a while back that, in fact, I did not write, I merely indulged. He might be indeed right, that is for others to determine, I suppose?

Look at the age that many of our literary giants met their mortal end. Stephen Crane was twenty nine. Plath was thirty, as was Emily Bronte. Rimbaud was thirty seven. Kerouac was forty seven. Brautigan was forty nine and like Plath, died by his own hand. Stevenson, a man I admire so much, who left a treasure trove of work, succumbed at forty four, to a cerebral hemorrhage after a long bout with tuberculosis.

I will be sixty two in a few weeks. I haven't done shit. I need to lock myself in a dumpy hotel with a cup full of pencils like Simenon or Gardner and bang something decent out while I still have oxygen and a brain left. You have to surrender and lose yourself in order to write good fiction, there was a reason Coleridge wrote Kubla Khan while under the influence of Opium. Ditto Doyle. I want to write something fabulous for me and piss on everybody else. Or should I say, something I get and maybe you get but a work that is not necessarily watered down to the mean. If I still have time and find that I possess the necessary talent.

That is my current fantasy, anyway.
Posted by Blue Heron at 4:29 PM

Go immediately to the nearest Motel 6 and bring a laptop knucklehead.....
KJ

Go got it, BH! I will keep you supplied with coffee... or other other beverages! Maybe some dim sum too!

I have had the same experience at the library just trying to find non-fiction history books.

I think your photography is first rate, and your writing is very good. I'm always impressed by your life experiences and your learning. Don't underrate what you've accomplished imo. My deceased husband was a writer, and your voice often reminds me of his, the conversational tone is very welcoming and understanding for the reader. ~ D.O.

You have probably forgotten that I shopped Zelazny's estate sale here, securing the
Aleister Crowley titles, and others. Eat thy heart out.

I may have told you this already John, but I gave Roger a beautiful antique african mask I bought in Nairobi before he died.