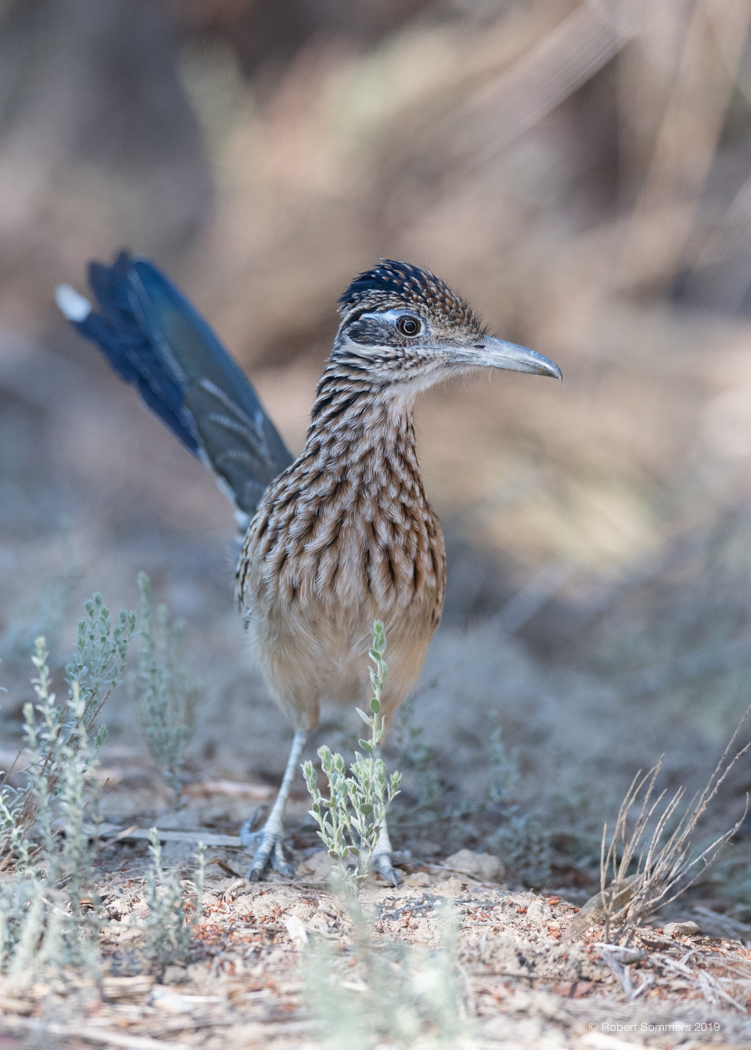 The greater roadrunner is one of two species of terrestrial cuckoo found in the western hemisphere. The other species, G. Velox, lives in Mexico and Central America. The roadrunner can achieve speeds of 20mph and can fly if they have to. I took the shot that you see above and did absolutely nothing to it, save a crop. Required nothing.


The Hopi and other Pueblo tribes believed that roadrunners were medicine birds and could protect against evil spirits. Their unusual X-shaped footprints are used as sacred symbols to ward off evil in many Pueblo tribes—partially because they invoke the protective power of the roadrunners themselves, and partially because the X shape of the tracks conceals which direction the bird is headed (thus throwing malignant spirits off track.) Stylized roadrunner tracks have been found in the rock art of ancestral Southwestern tribes like the Anasazi and Mogollon cultures, as well. Roadrunner feathers were traditionally used to decorate Pueblo cradleboards as spiritual protection for the baby. In Mexican Indian and American Indian tribes, such as the Pima, it is considered good luck to see a roadrunner. In some Mexican tribes, the bird was considered sacred and never killed, but most Mexican Indians used the meat of the roadrunner as a folk remedy to cure illness or to boost stamina and strength.
Indigenous peoples of Central America have developed numerous beliefs about the roadrunner. The Ch’orti’, who call it t’unk’u’x or mu’, have taboos against harming the bird. The Ch'ol Maya believe roadrunners to have special powers. It is known to them as ajkumtz’u’, derived from the bird's call that is said to make the listener feel tired.

I'm so envious, still have to find and photograph a roadrunner.