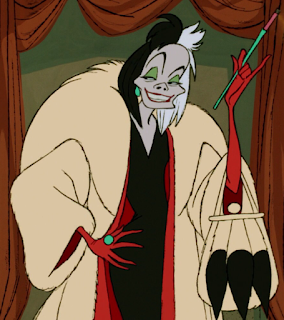 It is hard to assess or judge public figures, let alone any couple. There is definitely a public and a private face.

A friend once told me that couples are like icebergs, you see the ten percent on top of the water but ninety percent lurks below out of view so it is quite difficult to judge behavior in private relationships.

Take the Conways. One, Kellyanne, is a key advisor to the President. Her husband George, hates the President and is very open about his disdain. Beautiful, not everybody has to agree with their spouse about everything.

But Kellyanne, in a recent spat with a journalist, said something that would be an absolute deal killer for me. In reference to a reporter who was asking about her husband she said this:


"Let me tell you something, from a powerful woman. Don’t pull the crap where you’re trying to undercut another woman based on who she’s married to. He gets his power through me, if you haven’t noticed. Not the other way around."

The day my wife says I get my power from her is the day I walk out the door. And vice versa. Thankfully, we have a balanced and even relationship. If I were you George, I would take a hike right about now.
Posted by Blue Heron at 4:50 PM

Exciting news.... now I know exactly how to get rid of you!!!

You will notice George at church lighting candles to St. Onan with regularity...and spending much me time away at Bob Kraft's
place of worship.

Rosie Palm and the Five Maidens

How do we know he hasn't already left??? How did we know if he is / isn't sleeping in the other room???