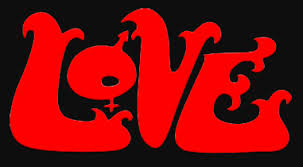 The old folks had a big night clubbing last night. First we stopped at Fallbrook Live at Pala Mesa to catch a few songs of Anthony Cullins band's set and engage in a little covert industrial espionage with a man I will call Mr. X.

I let him buy me a ginger ale. Unfortunately he saw through my little ploy and the jig is evidently up. Fallbrook Kid sounded pretty good, second number was a bit more sophisticated and jazzy than what I have heard from him of late.

After the show we headed to San Diego for round two, first stopping at Spicy City on Convoy for some cumin lamb and other Chinese delicacies.

We got to the Casbah around 9:30 and caught the Loons set. I love Mike Stax's band, they have kept it cool and real in these parts for a long time. Really good drummer. Dedicated to a certain sixties vibe, they work hard to get to a special space somewhere between sweat, transcendence and raw punk frenzy.

Mike was in a sling and bandaged up but he marshaled through like a champ and the trooper that he is with a very spirited and rocking set.

They were the appetizer. Our favorite live band, Love Revisited, was the entree, making a rare local appearance and we never miss them if they are nearby if we can help it.

Love Revisited was the great Arthur Lee's long time band, in fact this band, once known as Baby Lemonade, was with him far longer than any other of his band mates.

Our memory of seeing the late performer's amazing and powerful performances will always live deep in our hearts. Unfortunately it is probably easier to see the band in Europe than it is in America these days.

I caught Johnny Echols, the original Love guitarist who still plays in Love Revisited, before the show and he confirmed sad news for me.

I haven't been able to get a hold of my friend Arnold Briscoe for over a year.  I was worried about him. Was living with his mother in Wildomar.

He had foot problems from his diabetes but used to come down to the shop and jam with me. Used a very light pick so that he could do his thing. He loved my wife too.

Arnold was a remarkable guy. A great baseball player and guitar player, even better person. "Was' happnin' Rob? You cool?" 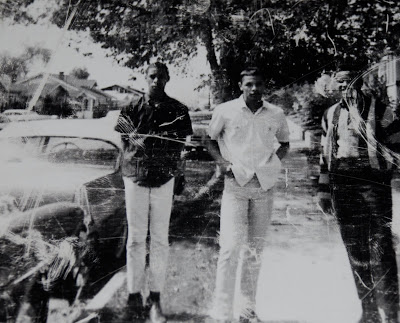 He was Arthur Lee's best friend as kids and they remained tight until Arthur's passing. He is the tall fellow pictured to the left with Arthur in this picture which he once gave me. They were both sixteen when the picture was taken.

I asked Johnny why Arnold no longer answered his phone and he told me that he had died about a year ago. And that Paul Barrere from Little Feat had just died too. I was worried about both of them.

Arnold had introduced Leslie and I to Paul at the Coach House. They were all very tight as he was with the late Charlie Allen from P.G.& E. Very sad all the way around. Wish I could have said goodbye to Arnold, loved the guy. Not a bad or mean bone in his body.

We were right in front of the stage last night when Love showed up, all quaffing tall Modelos. Mike Randle is no longer playing the white Gibson, he went Fender somewhere along the way. Rusty is playing a telecaster now too, he sounds so good on it and his vocals have improved incredibly. Singing with confidence, just gets better and better.

Show started out a bit sloppy and out of tune, the mix sucked all night but when they started playing our favorites the place just went crazy. Giant Forever Changes sing along, brought us all to ecstasy. God, I love this band! 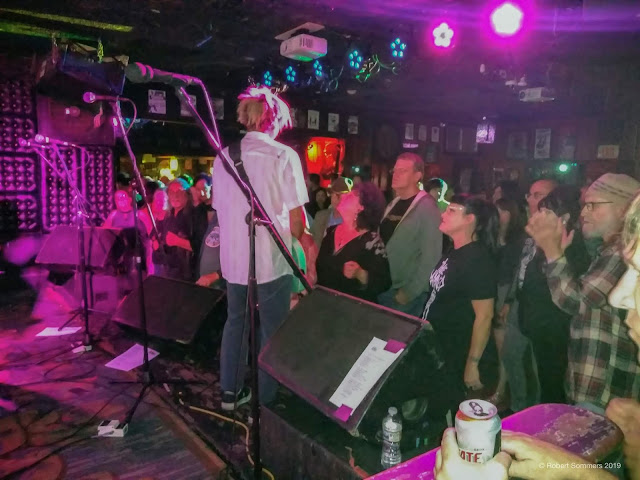 Mike kept moving forward and playing these beautiful solos right in front of my wife Leslie. She was in rapture.

At some point my feet started killing me and I had to find a seat to sit down. I found a cushion in the back of the joint.

A tall schmuck was smoking a cigarette in the doorway and the smoke filled the back room. He walked by me and said "Hello officer" and then quickly walked away with a smirk, my new clean cut coiffure evidently giving me the sheen of law enforcement. Oh well, should have booked him. 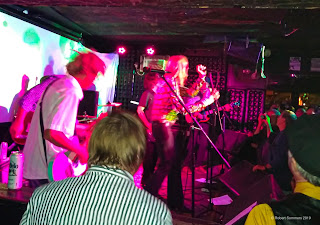 Great show, got better and better, Stax joined them at the end for a rousing version of Seven and Seven.

Made a bit of small talk with the fellows after the show. Got back around two in the morning, pretty beat.

So glad that we still have an occasional opportunity to catch these wonderful musicians. Quite a night!

Sounds like we missed an incredible show!! Sad to hear about your friends passing and doubly sad to hear about Paul B....news of his passing somehow got past me. He and his bandmates put on my favorite live show of all time at the Sport's Arena in the mid 70's. Truly an INCREDIBLE live band. He will be missed!