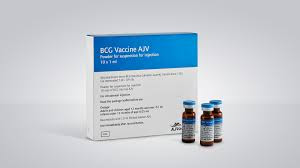 We woke up at 4:30 this morning and drove down to the hospital in San Diego for my second bladder surgery. Put me under, things seemed to go well.

The doctor resected the old tumor locations and grabbed some additional spots for analysis as well. We won't really know anything until the pathology reports come in.

But the doctor says that we have a serious problem if we want to save my bladder. It has become almost impossible to get BCG, the immunotherapy I need for my cancer. Read about the shortage here. We need to get some and we need it now. The dwindling supply is indeed critical.

The Tice strain of BCG was developed at the University of Illinois from a live culture that originated at the Pasteur Institute. Although additional strains are being grown in Germany and Japan, the Tice is the only currently FDA approved form of the Bacillus of Calmette and Guerin (BCG) strain of Mycobacterium bovis.

Made by Merck, it takes three months to grow. They almost quit production two years ago, they don't make a lot of money on it but it is keeping a lot of people alive and needs to be produced for my and many others sake. I was part of one of the first BCG studies back in 1985 and it kept my bladder cancer at bay for a long time.

Because my current cancer is a bad one, a couple T1s in the lamina wall, I should go to the head of the list but we have to get some first. If you know where to get approved BCG and can pull some strings, let me know. 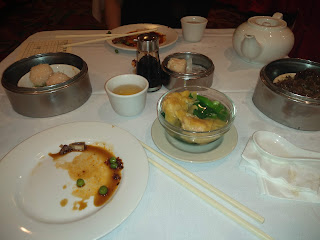 I feel alright. Left the hospital and went straight to dim sum. Thankfully no catheter but must take it easy for a couple days and no driving for 24 hours. Still have no idea what the future holds until path reports come back and I am assured that we have an adequate supply of BCG.

Thanks and much love to all my well wishers. Your thoughts and prayers are appreciated.

You are the strongest human I have ever met.Hang in there Robert,prayers are with you.
Bob

Art show on the weekend. Deli food, cheesecake and it's off for an operation today. Then its Dim Sum! How the fuck could a person have that much energy and drive? Going to a concert tonite?
Take care amigo,
KJ

Is the drug available in Mex? It may not be FDA approved, but, if you can’t get it here maybe that is worth a try.

That won't work, it is not oral, it is infused into the bladder and the doctors would only use an approved version. Wouldn't trust it and doubt they would have it in any case as there is a serious shortage worldwide.


so... the strain that is being developed in Japan also would not be accepted as it is not yet approved by the FDA?

exactly, Dave. Long, slow process. I read that bcg is the most popular vaccine in the world.

Maybe instead of dim sum, you should have had matzah ball soup. It has healing power!

Hang in there Robert your a tuff SOB. Hope our BCG arrives soon. BB is starting and Aztecs have game. .

Love you. Can’t imagine how scary this is for you. Thinking of you all the time.