And now from the Vatican. 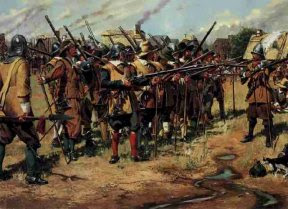 News today that the Catholic church has extended an olive branch out to the Anglicans and let them know that all is forgiven and to come back home.  The initial dissolution took place way back in 1534 when Henry the Eighth found himself in a little hot holy water and proclaimed himself head of the Church of England. They had a few lively skirmishes in the 16th century but there has been a sort of nervous peace since the Battle of Westphalia in 1648, to Pope Innocent X's great consternation.

The poaching of converts by the holy see is best viewed in the context of a nasty family squabble between the Anglicans and the Episcopalians that has just come out of divorce court with a lot of bad feelings. And pissing matches over who rightfully owns the real estate, the locals or the national diocese?

I thought that the major issue was a difference of opinion over the ordination of gay priests but an anglican tells me that it goes much deeper, the conservatives feeling that the whole megillah was sliding to a much too liberal plank in recent years. It's hard to believe that such an insular culture would allow themselves to make a mass conversion to the more ritualistic catholic faith.

Might have to send an a team of mediators over like Al Sharpton to kick a little bootay and get both sides to start talking. The last time they fought was the Thirty Years War and we all know how long that took.
Posted by Blue Heron at 4:04 PM

I love the Blast Dictionary. Only you could educate your readers on words describing bad behavior.

it's as if the Vatican is saying, "we're the one true original faith, come back to us"; nevermind that they're driving a further wedge between the Anglicans and the Episcopalians; as Christians, we're supposed to be about forgiveness and reconciliation, not further division.