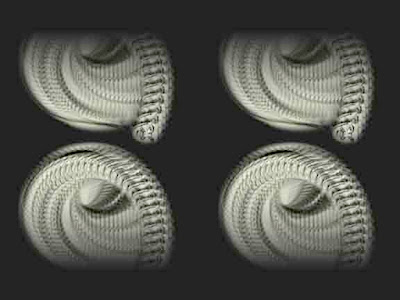 What was it that dad used to say, if you want to catch zebras, best not to visit the north pole? Where the hell was he going again? Sloane felt strange taking a vacation. The reality was that he had never left the country before except that one trip to Cancun his freshman year of college and that was pretty much a disaster. The alcohol driven frivolity of places like South Beach, Cancun and Bourbon Street always gave him a serious migraine, not to mention a depressed feeling about the whole of mankind itself.

The psychic horrors that drunks could inflict on him in a split second.  He had been around more than a few in his life and often wondered if they drank because they were  messed up to start with or if they were messed up people because they drank. He favored the former explanation. Any qualitative assessment was beyond his pay grade. But the slightly saccharine drama of the average alcoholic's flight plan definitely played havoc with his psychic constitution.

He hadn't ever seriously considered a vacation but the boys upstairs thought it would be a swell idea, in fact they demanded it. If he didn't take his required 22 days off a year, the folks at accounting would hit the roof. Send shivers through the whole department they said.  Like he would really sue the only people he had ever worked for, maybe the only people he was capable of working for, thanks to his unusual paranormal abilities. But Pennington was firm on the idea and had suggested Panama. Said the beaches were beautiful and still relatively untouched. Put your feet up and smell the roses.  He had earned it.

So here he stood with a ticket and a newly issued passport, bedecked in his bermuda shorts, a rayon shirt from the wrong, opposite ocean and a cheap straw hat. He got out of the taxi and stepped off onto the curb at Dulles International Airport feeling slightly adrift.

Sloane genuinely looked forward to trying his hand at scuba diving. The inclusive package he had managed to score offered lodging, complimentary breakfast and a three day certification.  The water always reminded him of the best days of his life with his father, before his extended psychic reach had turned his life upside down. And maybe he would meet someone down there that he could talk to and break up the loneliness of his life a bit.

A quick jump down to Miami and a puddle jumper and he would be soaking up the sun and restoring his inner balance. He did feel strung really tight. They were right at work, he guessed. He couldn't think of anything specific that was bothering him, couldn't quite put his finger on it. A dull malaise had set in that he couldn't quite shake.

For a person with his vaunted telepathic abilities, the attack, when it came, should have been easily perceived. The silken hood dropped quickly over his head, the straw hat falling idly to the curb. His arms had been pinioned in one expert motion that became an airborne launch into what felt like a vehicle trunk. His adrenaline surged and he realized that he was caught like a fly in a spider's web and that any resistance would be futile. He managed to breathe a few quick breaths, just in time to feel a needle quickly penetrate his hip and then one Paul Sloane fell into the dull dreamless sleep of the terminally lost.