A handshake and a pastrami sandwich... 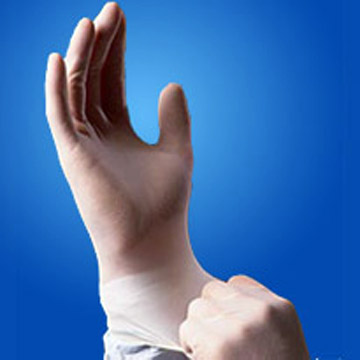 Today I had two doctor's appointments. They were spaced about 5 hours apart so I killed some time on the coast. My first meeting was with my urologist in Encinitas. I was a little shaky on the expected time and got there several hours early so I ended up cruising the antique mall in Solana Beach in the interim. Almost bought an ugly painting or two but thought better of it.

Anyhow I got to the urologist's office and noticed a strange, rather loud, older man opening up a bunch of doors and sticking his nose in. The vibes were frankly not so good with the guy.

I saw him barge in to the doctor's office while I waited in the adjoining exam room. I couldn't help but listen in as he demanded money for a carpet job that he evidently had just completed yesterday. The doctor came in to my room and I told him to go take care of business and that I wasn't going anywhere.

Now I should let you know that I have been seeing this doctor for over 30 years. He has operated on me 7 or 8 times. He knows every stitch and wart on my body. I rarely see him lose his cool and I thought he just might blow with the carpet nebbish.

"Morris (not his real name), you just put it in yesterday and you're hounding me for a check already!"

"No, no, I just wanted to see how it looked. But write me a check for $2300.00." They kibbitzed and hondled and the doctor groused a bit about the price as opposed to the last time it was installed.

They finally finished their transaction and the urologist came into my room.

"What a jerk that guy was," I volunteered.

"Oh, that's Morris - do you know anything about him? He murdered his partner," he said softly and nonchalantly.

"My god John, he murdered his partner?

"Yeah, the cops stopped him for driving funny and noticed blood in the car. They followed him home and found the poor guy cut up into four pieces and rolled up in a carpet."

Now I am flabbergasted by this point. "You let him install the carpet in your office?"

"Oh yeah, I've operated on him twice. He's ok. Pull down your pants."

By this time I was curious. How did he beat the rap? My doctor explained. The jury convicted him unanimously but the prosecutor made a stupid error, referring to the murderer's jewish ethnicity somewhere along the line.  He took the case to appeal and managed to get the case overturned on account of a prejudicial jury instruction.

"Cross your arms and lean over the table. This is going to be unpleasant. I'm sorry."

The doctor reached down for an extended handshake with my prostate gland. "Soft and pliable - put your pants back on."

Relieved to be finished with the gross violation, I demanded more information.

"He went to all the meetings in jail. Blamed it all on his heavy gambling habit. Promised he would never gamble again if he ever got released. They did release him and he was back at the casino in a week. Now he needs the money so he can go play poker."

Now it all seemed a little cavalier and blase to me that my respected friend could be allowing some guy who was evil enough to cut a business partner into four pieces to handle his flooring needs. And at his house as well. But I must admit that the guy did a nice job. And it's hard to find craftsmen who take pride in their work nowadays. So who am I to judge?

I blew off my intended lunch date and headed down to the deli for a tongue and pastrami sandwich and the New York Times. Wanted to be by myself. Maybe I was still processing the deranged texas hold 'em killer. The sandwich was delicious and I certainly deserved it after being subjected to such bodily intrusion and humiliation and brushing up so close to a once convicted psychopath. The deli has stopped piling all the meat in the front of the rye bread so it looks tall and then you get the big drop off in the back. I hated that. A healthy corned beef or pastrami needs to look good from all orthogonal angles. But the meat was delicious and not too lean, if you know what I mean.

Milton's is a so-so deli. Originally some guys from Chicago, they lost their schmaltz somewhere along the way. Now I don't want to sound like a bigot and I take a lot of grief for harping on the "ethnic thing" but a jewish deli with all latino help and staff is like having a Klezmer band making chile rellenos. You'd run into more yids at a klan meeting. Verite demands sassy waitresses with white starched uniforms and a healthy wing of fat cascading down from their triceps. Cracking gum and taking no shit. The lady next to me ordered a cheddar or jalapeno bagel and bacon. It's just so wrong. Wonder if she needed any flooring?

Anytime a person goes into a delicatessen and orders a pastrami on white bread, somewhere a Jew dies.
Milton Berle
Posted by Blue Heron at 10:27 PM

Robert,
Visits to the urologist are not considered pleasant. There are times the news that physician gives is more unpleasant than a bickering doctor and carpet installer. Sometimes it is that there are signs of prostate cancer. And then there are times when you hear, as I did, everyting is OK; but if we did find something we wouldn't treat it. At your age you are going to die of something else first.
Uncle Norm

Good thing yo momma wasn't black - although there ain't much difference.

You just cannot not control yourself.........
It just seems wrong when you go to a Cinco de Mayo festival and the guitar player in the Mariachi band is Jewish.........
FYI; The best way to make sure you are getting your money's worth of pastrami at the deli is to stick your finger in the back of the sandwich to see if the meat is soft and pliable.
KJ

Uncle Norm really is my uncle norm. Second letter from my mother's brother. Glad to have family on board.

kj - I will take your finger plunging counsel to heart and see if I can get the pastrami to cough.

Just wanted to let you know as a daily reader of the blast that I feel a real surge of energy recently. The recent posts have been very well written and the transition after the post about the sweat lodge tragedy into "the seeker" was inspired. But what made me want to write was the post " a pastrami sandwich and a handshake". From beginning to ending, areal joy to read and yes, superior rhythm. Very nicely done... It just really seemed like you hit your groove, for whatever that's worth.

Thank you for the very nice comments, David. The cool thing about that specific post is its completely true. Even looked up the court case today on the net and got corroboration.

I appreciate your encouragement.

sn't society wonderful. I am sure it was just a misunderstanding. Glad to hear you Postate is in good shape. TKS Russ

sassy waitresses you can have, i don't enjoy eating in that environment; as for a jalapeno bagel, porque no?; does anyplace around here serve a pastrami burrito?

Your comment, Grumpy, is a perfect illustration of why there can never be peace amongst the races...forgive him father....

no mustard, no peace.

Hi Robert, I loved the story about your Doc and Morris, makes me think I was back in the old hood in Brooklyn. I hope you got Morris's phone number I have a couple of bad paying customers I'd like to refer to him.
Michael - Café des Artistes