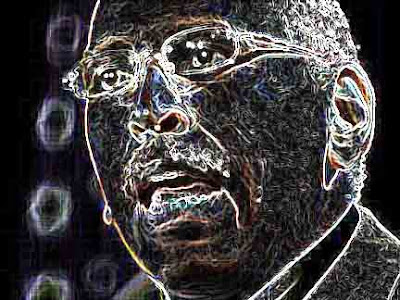 Conservatives have been generally foaming since the decision to award the Nobel Peace Prize to Barack Obama. Foaming at the mouth and fuming.

Michael Steele put out the following in a fundraising letter which I think says a lot about republican thought:


“The Democrats and their international leftist allies want America made subservient to the agenda of global redistribution and control,” Steele wrote. “And truly patriotic Americans like you and our Republican Party are the only thing standing in their way.”


Liz Cheney, nitwit scion of the Evil Emperor, had this to say:


"I think the president himself understands he didn't earn this prize and therefore the notion that this White House has said he would go to Oslo to accept the prize would add to the farce," said Cheney.


She offered the following proposal: "I think what he ought to do, frankly, is send the mother of a fallen American soldier to accept the prize on behalf of the US military. Frankly, to send the message to remind the Nobel committee that each one of them sleeps soundly at night because the US armed forces, because the US military is the greatest peacekeeping force in the world today."


She wants to lecture and wag a finger at an ungrateful world who don't appreciate all we americans do.


"It's hard for me to be objective about this because I'm so disappointed personally," he said. "I was up early Friday morning. I thought the phone might ring, you know. Pundits for peace. I deserve it pretty much. President Obama and I have done about the same amount to bring about world peace, I think."

I think that Steele's is the most telling reaction and clearly illustrates the reason that Obama got the prize. The xenophobic kneejerk feeling that the world is trying to redistribute "America's wealth." Might want to read a book on colonialism.  Think its mostly been the other way around.  Bush did have an "us against the world" mentality thanks to the likes of John Bolton and co. and I think the Nobel Prize is merely the sound of the rest of the world exhaling. We have been unilateral to the point of antagonism for too long and the rest of the planet is welcoming us back.


Although Bolton's Realpolitic in regards to North Korea and Iran might prove more realistic in the long run. The paddy caking stupor of Mohammed ElBaradei at the United Nations doesn't give me much solace either. We will see.

i dearly loves and misses The King, y'all, but there be some serious queso mixed in there wit' da polk salad; nice try, though; nobody sung it as good as Tony Joe; after all, he wrote the sucker.

Cheese does a body good.

I love the word "leftist" by Michael Steele. Coming from a guy who has used "brouhaha" and "tomfoolery" in public speeches, I am tickled with amusement similar to the amusment I feel when bankers sweat..

Asymmetrical words keep one's themes from being read on an even keel.

I read your blog about Obama and the Peace Prize- You don't seem to like letting conservatives have their fun. The left got 8 years of Bush Bashing, now it's our turn to complain. At least in America we have that right. Spending time abroad has made me appreciate our freedoms even more. The rest of the world may not love us and we are not perfect by any means, but we do have an important role in keeping the peace through our strength. You should understand that important balance that we share with Israel. Human nature is at the core evil, we can never have a utopian society and if we give up our position of strength, the whole world will suffer at the hands of tyrants that have no qualms about using nuclear weapons. Israel is in the most danger of being the first nation attacked, and it is our duty to defend her. I don't think that Israel can find better friends than conservative Americans.

Thanks for your opinion, L. While I disagree pretty much entirely, its nice to have the view from the "other side."

And refreshing to know that this is merely payback for 8 years of Bushbashing. Heavens, I thought these folks were serious. It was just gratuitous after all. I am mostly relieved.

Is it possible that other nations view us as the evil tyrant? Wait, strike that, I forgot, we are america, the anointed ones. Sorry. I think that Israel is ready to defend herself and we are still the only nation that has ever actually activated a nuclear device so our nasty neighbors have to be given a little credit for exercising restraint.

I think that most people are shits but wouldn't necessarily agree that we are by our nature evil. But we certainly get the prize as the most destructive mammal.

what's really alarming is Pakistan possessing nukes, with Mister Taliban on the loose; talk about armed and dangerous; maybe a troup buildup in A-stan ain't such a bad idea; quien sabe?