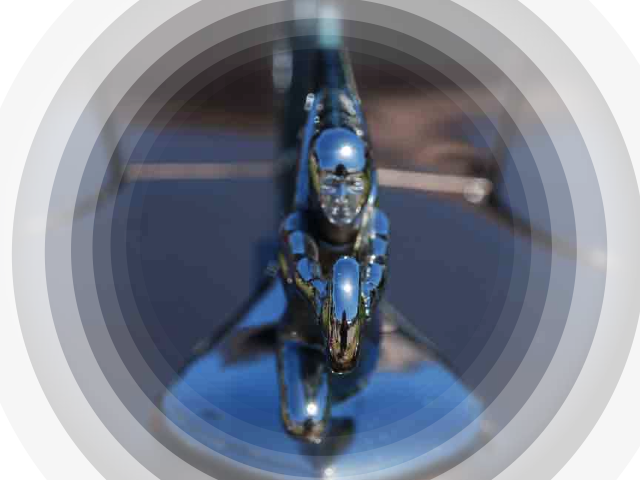 The contact came immediately. It was rather shocking. "Uncle Harry, are you sure that it's you?" "Who else would it be, you numbskull?" It was Harry all right. That voice could cut through concrete.

I turned to my right and noticed that the gypsy lady had fainted dead away. Poor thing had probably never run into the real thing before.

"Fine, oh fine Uncle Harry, but shouldn't we dispense with the chitchat? It's not every day I get to have a conversation with the dead, you know..."

"The proper term is the deceased, my boy," My late uncle's voice boomed as if it was coming from all four walls of Mistress Carmen's tacky psychic parlor.

"Okay, the deceased. Sorry. So tell me, what's it really like?"

"Well first of all junior, that light at the end of the tunnel stuff, they have it all wrong. It ain't heaven and it ain't the oncoming lights of a train."

"Well, then what the heck is it, and just where are you?

"Patience my lad, you know how long it's been since I got to converse with my own flesh and blood?" I squirmed nervously in my chair. The puerto rican gypsy woman's stuporous faint had turned into long, loud snores that could, pardon the expression, wake the dead. "Lets just say that I ain't cloud sitting and I'm not stoking no fiery furnace. What it is, is, well, a job."

"A job? Uncle Harry, you retired more than fifteen years ago on account of that goiter problem. You've pulled all your disability. Why that's i-i-illegal," I sputtered.

"Relax kid, those rules don't apply here. Let me give you the skinny, see."

I nodded my head in no general direction, hoping that my gentle assent could be detected by the familial ectoplasm.

Harry continued. "Get this, sonny. There's no heaven or hell, at least not at my pay grade. Think of it more like a job with Central Casting. That light you hear about, it's a klieg light. Operated by proud union members, local 427."

The gypsy woman was now face down on the madras bedspread that covered the cheap card table and her drool had formed a small puddle under her nascent mustache. He would have to suggest a little adenoid work when she finally woke up.

"You know when you are dreaming at night, kid, you know how you think you recognize certain people. Well that's what we do, we act in your dreams. Why just last night I had a gig scaring that little Billie brat down the street that was trying to kipe your lunch money. I don't think he'll be bothering you for a while. Little bastard almost shit his pants. Gave the mumzer a little extra."

My jaw dropped in amazement.

"And the sheep counting thing. They were the only animals we could herd over a fence over here. Cramped quarters and all. We tried dobermans and they were biting everything in sight. Honestly, this place stinks to high heaven. If I was to so much as look at a lamb chop again I tell you, I would lose it."

"So we just wait for our call from the producers and are generally ready to perform when the director yells roll. It's pretty much a nightly gig for some of us. Sophia Loren types, mean third grade teachers, nasty bosses, you know the type. Oh and speaking of Sophia, you might want to go a little easier at night, didn't your pops ever talk to you about that going blind thing?"

I blushed and stammered and quickly changed the subject, "How do you get all the clothes and different outfits?"

"Oh, we got some real pros working up here. They got smart and hired Edith Head when she bought the farm. But if you look real careful when we're changing scenes, sometimes you can spot a safety pin or a little duct tape. You got to look real hard."

"You just would not believe what some people are dreaming. Monsters and ex wives and lawyers and broccoli. And sex. Lots of sex. My god, you guys down there, you spend a lot of time dreaming about fornication. It's schmutzig."

A tear welled up in my eye. "Just as long as you're okay, Uncle Harry," I sniffed.