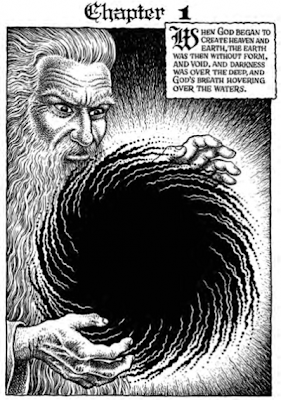 It is easier for a camel to go through the eye of a needle than for a rich man to enter the kingdom of God.

I was thinking about the man from Nazareth this morning. I know that some would question the right of an apostate nonbeliever to write about the christian savior and I will not speak of him. I will limit my remarks to Jesus the reformist jew. I don't believe he ever called himself a christian anyway but that is another story.

I was thinking about Jesus this morning. If he was alive today, would he align himself with the liberals or the conservatives? Now I don't know for sure and probably no one does, but if I was a betting man, I would lay a few shekels down on the former.  Maybe there is a third rail and he would wash his hands clean of the entire affair, who knows? Jesus the american independent or green party supporter.

I have read the good book from cover to cover on several occasions, the new parts too, and being possessed of a fairly keen mind would like to make a few observations.

Jesus hung out with the poor and the hookers. He went into the temple and threw out the moneylenders. He was definitely a revolutionary in his time and apparently, for all time. I can't see him throwing his lot in with the conservative powers that be. If anything the conservative leaders of today resemble the establishment old guard that he despised. The punitive, entitled, paternalistic types that demanded obedience and refrained from doing anything to shake up the good old boy's club.

Probably would have made a good community organizer. Didn't those acorn guys get into hot water talking to hookers too, recently? And breaking those loaves and fishes up. Doesn't it sound like the original wealth redistribution scheme?


It seems pretty clear that you know who was pretty darn committed to the poor and the dispossessed.  Don't read him saying much about tough love, do you?  He might not be much of an advocate for closed borders, I don't know. And I can't really see him having much use for waterboarding or state sponsored torture either, even if John Yoo does say it's alright.


We should not be angry, or judgmental of others. We should be meek and merciful. We should turn the other cheek, make peace with our enemies, love them, and even give them more than they want. Only people who forgive should be forgiven. Do not hoard the treasures of the earth. Do not obsess on getting enough for yourself. Give to the poor. Those who mourn should be comforted. Anyone who seeks help should get it.


I hope the good lord isn't advocating for the social welfare state. If he does return, I think he better watch his back. Some people are going to be awfully upset. And my wife points out that he may not want to see a bunch of crosses. It's not going to make him happy.
Posted by Blue Heron at 8:24 PM

in what language did you read the 'New Testament?' Apparently, the Americans have a habit of using poetic license when it comes to the 'Good Book.'
(Yeah-as in Good God, You Did What??)

The jews still read the old in the original language so it is probably closer to whatever the hell it was they were reading 5 thousand years ago (a lot of good it does them.)

I am getting much better information these days from WIKIPEDIA. As far as I can tell, WIKI is the new messiah. Praise be IT.

My swahili is a little rusty so I read the thing in english, Stanley. Always taking the easy way out. Did view/read some of the original dead sea scrolls at the Museum in Jerusalem. Written in aramaic. There were cool biblical era writings there as well like "Jehosaphat, pick up a carton of milk on the way home." Very cool. I had taken a 6 month intensive hebrew ulpan with a bunch of recent russian emigres and could sound out most of the glyphs.

Great points Robert! I don't believe that Jesus would have aligned himself with either party. His Kingdom is not of this world. I just read a great book that focuses on this same issue called "A Hole in Our Gospel" it is true that many Christians conveniently leave out the parts of the Gospel that deal with taking care of the poor and outcasts of the world . If more of us did adhere to the teachings of Christ the world would have a much better opinion of those who claim his name. I am starting a non profit organization to work with widows in India. My main mission is to show the love of Christ through service. Jesus is my inspiration. I hope that many more will take up his call to service. Jesus really was radical! Isn't that cool? But the most radical thing Jesus did was rise from the dead. The Jesus I follow is the Savior Jesus.
If you want to learn more about the service projects visit my blog
www.whiterainbowproject.blogspot.com

amen, Linda; if your only concern is to be saved, and not to help your neighbor (locally and globally), you're not following Christ; will check out the book you mention.

Sunday School is over folks. Thanks for commenting.

Jesus would be 3rd rail for sure……. Outside of time and space, the Alpha & the Omega………. And yet His thoughts toward us more than the stars…. the very hairs on our heads counted… not to be cynical here; but…….

John 2:24-25 (New International Version)
24But Jesus would not entrust himself to them, for he knew all men. 25He did not need man's testimony about man, for he knew what was in a man.

Blue Heron, a little bit insensitive with the Sunday School is over remark.........

This is, by far, your best post, yet. I'd like to send it to every conservative Christian I know. Although it probably wouldn't do any good. They have a way of reading what they want to into anything- even the bible.

The BIBLE SAYS "jesus consorted with REPUBLICANS and SINNERS" kinda redundant but it is written so shall it be. However when entering Jerusalem he was riding upon an ass,so maybe he changed his party affiliation as time wore on or maybe he was flip- floppy or a girlyman. Anyway we'll never know, maybe. Place your bets now,while there's still time.

Good to do: Following the teachings of Jesus.

Bad to do: Following the teachings about Jesus.

All I know is that catholics favor corporal punishment and we go in for the emotional self abuse. But the difference between protestants and catholics is noted and appreciated. Why do you think that is, Daisy? The cross with or without the corpus delicti?

Excellent image of The Watcher from Uncanny X-Men #137! Are you a Fanboy as well?

Wanted to drop a friendly Hello your way.

I am Donald, or was. Had a complete X-Men collection in my youth, always loved origin of the beast. Also all the Shield, Fury, Deadman, New Gods, FF. Mom chucked the collection when I was at school. Still have some golden age and the undergrounds. Loved Steranko and Kirby, met everybody at the early San Diego Con, mid 70's.