I don't talk a lot about sports on the blast. Not sure why. Believe it or not, I was a pretty good soccer and basketball player in my day. Played both sports in high school as well as baseball.

I saw my friend Jack Koppel the other day and he reminded me of some pickup basketball games we played over thirty years ago. He remembered and complimented my game. Jack has to be pushing eighty now. Basketball actually brought me to Fallbrook in the first place as a kid, pickup games at the Boys and Girls club with Tom Witt and the guy who worked at Marden Susco in San Marcos.

In my twenties we played the Fallbrook High squad that won CIF every day one summer. The Sandschulte team with Dominic Johnson and Brian Bush. Honed the team into shape.

I always thought basketball was the best game of them all, the most cerebral and artistic. So many decisions to be made in a split second. My dad and brother were also big fans of the games and we had the choicest seats for Rockets, Sails, Conquistadores and Clippers. I am of the age where I got to see some of the greatest players to have ever played the game.

I saw Cousy play the Knicks as a player coach, watched Russell with Havlicek and Jo Jo White, enjoyed the ballet artistry of Dr. J and beheld the fadeaway jumper of the bruising Wes Unseld. Watched the Knicks in their glory years, with Reed, Bradley, Lucas, Frazier and Debusschere. Oh and Monroe too. Most of my life I was a Laker fan, from Wilt and Hairston to Kareem, Silk and Magic.

I got to see Maravich and Elvin Hayes, Oscar Robertson and Jerry West. Walton, Rick Barry, Dominique, Barkley, Malone, Gervin. So many great players, too many to count.

I don't like the NBA game I see today. I think that it is a shoddy product. They don't play defense anymore and the three has turned into an abomination. I heard somebody say that LeBron James was the greatest basketball player of all time and had to laugh. I felt the same way when they called Jordan the best too. The best one on one player, maybe? But not basketball player, I personally liked Magic better, because he made everybody on his team better. 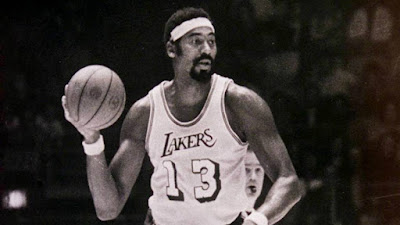 To me, there was no one as good as Wilt Chamberlain. I was not alive or watching hoops in the Petit, Mikan era but Wilt dominated the game I saw like no one before or since.

He averaged over fifty points a game in 1962. Never fouled out of a game. He was the only NBA player to score a hundred points in a game. He pulled down 55 rebounds in a single game, scored 65 or more points 15 times, 50 or more points 118 times. He was so dominant, people forget today.

He was simply, a man among boys, playing in a league with tremendous talent, less teams and less talent dilution. He was so good and dominated so thoroughly that the NBA had to widen the key. Not just big but athletic, the avid track and field athlete ran the 440 and the 880, high jumped, broad jumped and shot put. He won the Big Eight high jump title three straight years at Kansas.

Wilt was incredibly strong. He player coached the San Diego Conquistadores team one year and my father and I watched him pick up the 6'11" George McGinniss like a rag doll and deposit him on the other side of the court. Gently.

Wilt was in a class by himself. Yes, he got frequently beat by the Celtics but that was a product more of the quality of the surrounding players than getting bested by Bill Russell. He dominated then and he would dominate again today.

I heard Steph Curry say that his Warriors would beat the Shaq/Kobe Lakers teams. I find that very doubtful. But I don't think any of the Phil Jackson Laker teams could hold a candle to the Showtime Pat Riley Lakers either. The triangle was not a beautiful system, it was awkward. Worthy on the wing for a tomahawk dunk off a no look feed from Magic was simply beautiful. 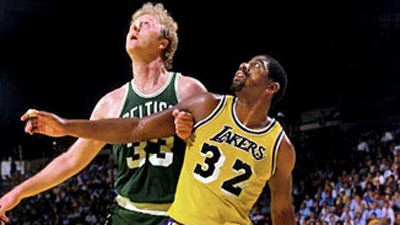 I think that the greatest basketball I have seen in my six decades is the Lakers/ Celtics rivalry. Larry and Earvin was the penultimate battle.

There were dominating post players back then. People played defense, they just didn't sit out on the perimeter for long threes. What a bore. Today's game just can not compare. Some of us were lucky enough to see the game at its best.
Posted by Blue Heron at 6:43 PM

please save it. I don't want to hear about all the chicks he banged.

Ahh, Walt Bellamy...more moves than American Vanlines. Wilt had some back-up...Walt Greer, Wally Post (?) from the corner (I can still hear the sixer home anouncer, "Walllll-ee", when he'd hit one from the 3rd row of the bleachers. One other very good black player...can't place him at the moment. Saw Petit, for StL. Cousey was my favorite player. Russell, KC Jones. Saw Robertson in Cinci; Havilczek when he was at OSU, with Lucas, Siegfried, Nowel...lost to Cinci in NCAA final...I cried like a baby. They beat Robertson/Cinci the year before. Think Cinci went 3 years in a row...lost to Loyola/Chicago (Harkness +) the 3rd year.
Those were the days my friend...

Nobody was as slick as Cousy. He was a magician at ballhandling. Saw the Knicks decimate him in his later days. Scored abut 12 points in six seconds to beat him in a comeback heartbreaker.

Loved the BBall talk, I too played basketball loved the ultimate team game and sat courtside for 30 years at the Oakland Arena. I however differ (my additions) on several of your observations, although Wilt was a man among boys and is and was the most dominant player to ever lace um up he was never on a team that could beat the mighty Celtics. I am a big fan of Bird and Magic because they were the best among equals, they both were the best at the same time and were part of the greatest rivalry that the NBA has seen. A side note I played pool with several Warrior and Forty Niner players in the late 70's and showed them what a puny white guy could do on the felt. Also made some leather belts for Rick Barry

World B was on my team for a while, he had a beautiful stroke. Bernard was interesting, guy could dominate way beyond what you would think. Like Dantley, a lot of 60 point games. Scorers. Like Elgin Baylor.